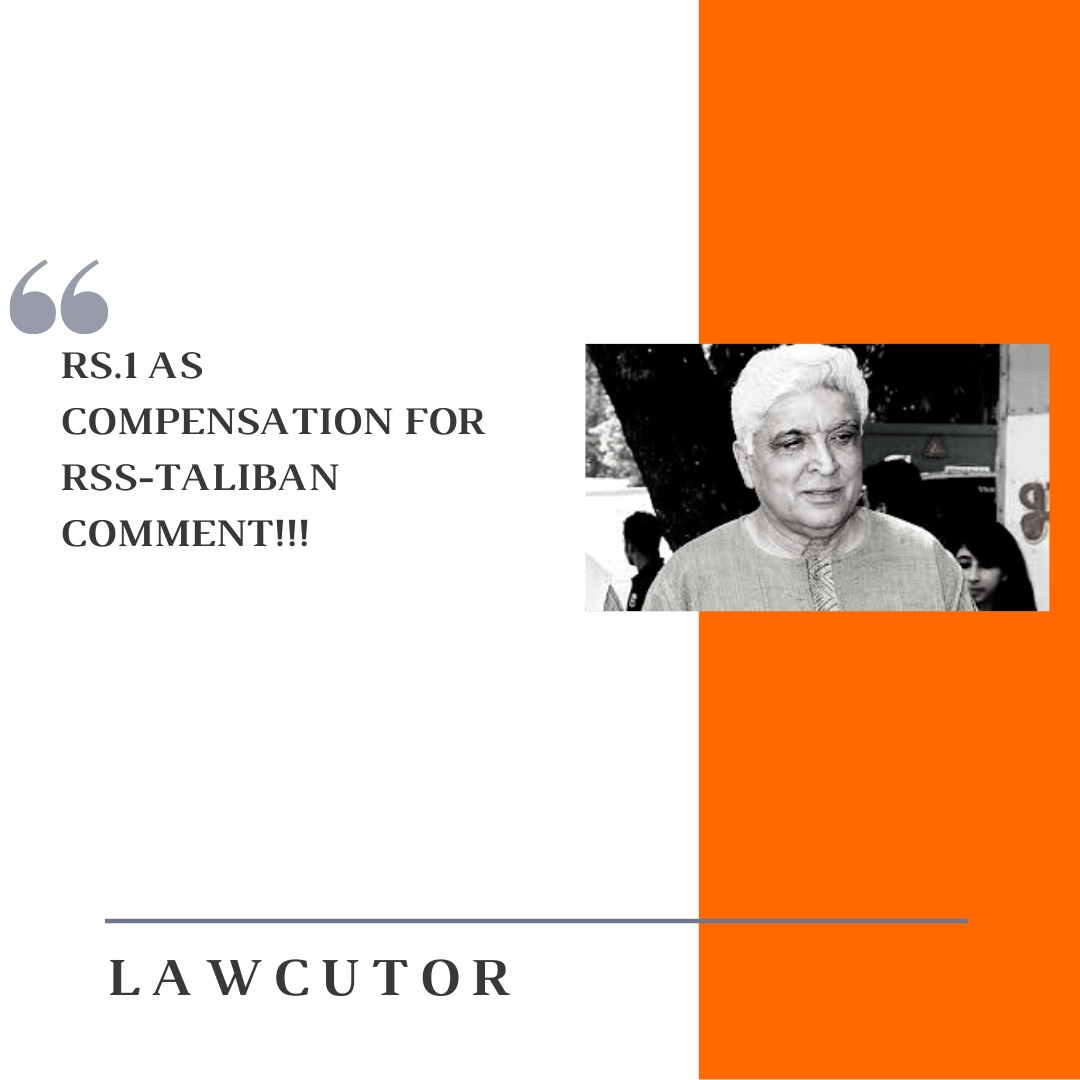 Earlier, this month the 76 yr old poet and lyricist Javed Akhtar made a controversial statement in NDTV about extremist organizations drawing parallels between nationalist RSS organization and terror outfit Taliban.

The defamatory suit is filed under a specific relief act. Maharashtra Thane court issued a show-cause notice to the lyricist under Order V of CPC.

This suit was filed for seeking symbolic compensation and a permanent injunction against Javed for his statements against RSS.