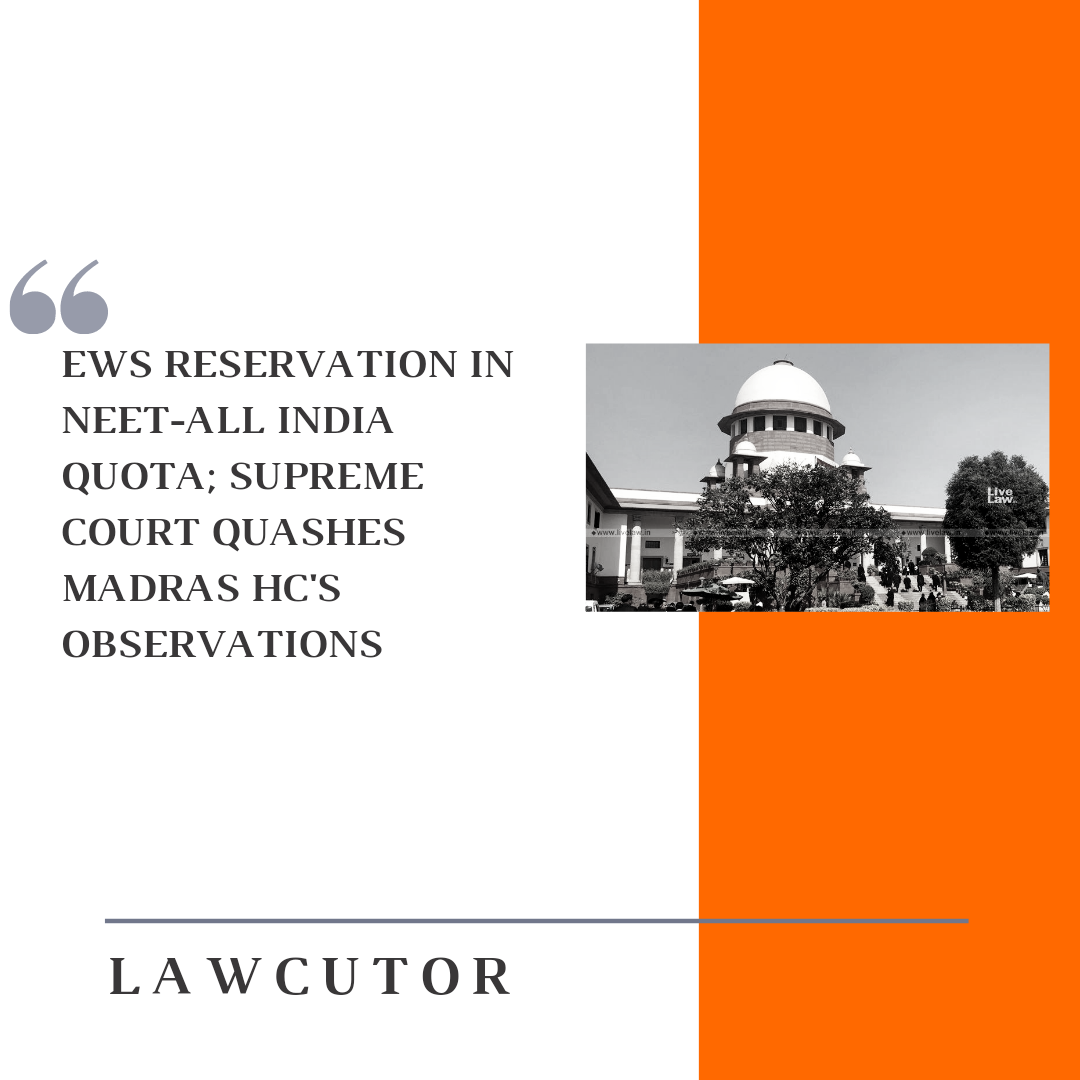 The Supreme Court set-aside the observations made by the Madras High Court’s order which said that the reservation for Economically Weaker Sections(EWS) in the NEET-All India Quota can be implemented only with the approval of the Constitution Bench of the Supreme Court that is examining the correctness of the 102nd Constitution Amendment which provided for economic reservations.

The SC was considering a SLP filed by the Union Government against the Madras High Court’s observations on EWS quota.


Additional Solicitor General KM Nataraj, appearing for the Centre, submitted that the High Court ought not to have made the observations while it was exercising its contempt power.

The Supreme Court set aside the above observation in the High Court’s order.

“We are clearly of the view that High Court has transgressed the contempt jurisdiction by delving into the areas which were not necessary to be entered into”, the SC observed.