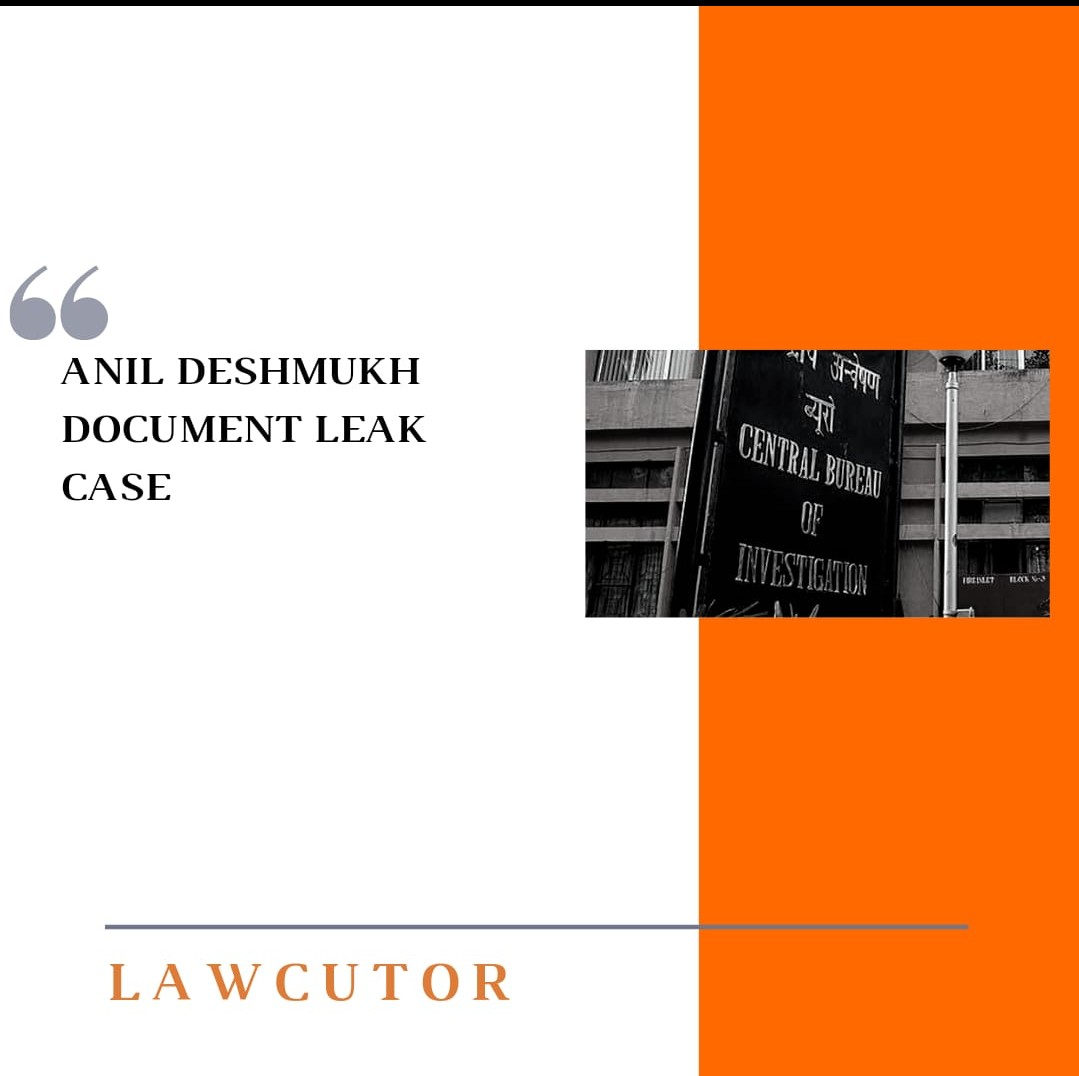 On Wednesday a Special CBI Court rejecting the bail plea of sub-inspector Abhishek Tiwari, said that he acted “contrary to his duties and expectations of his officers sabotaging the investigation for consideration”.

The bail plea of lawyer Anand Daga, who was arrested along with SI Tiwari in connection with the alleged leak of documents pertaining to the ongoing investigation against former Maharashtra Home Minister Anil Deshmukh was also rejected by the Special CBI Judge.

Further, the Court in Daga’s bail order observed that the investigation was still inconclusive and recoveries connecting the accused with the alleged offence were yet to be made.

The bail of Tiwari was based on ground that he was made a “scapegoat” owing to an “official acrimony.” His counsel also stressed that he was neither a flight risk nor in a position to influence witnesses after his “illegal termination”.

The counsel for Daga referred to his eight-year-long stint in the legal profession and he was also wiling to participate and cooperate in the CBI’s investigation.

The prosecution opposing Daga’s bail plea, stressed on the point that his profession cast a duty on him to not only be a law abiding citizen,
but also further the cause of justice. However, the allegations against him “reflect a contrary behaviour”.