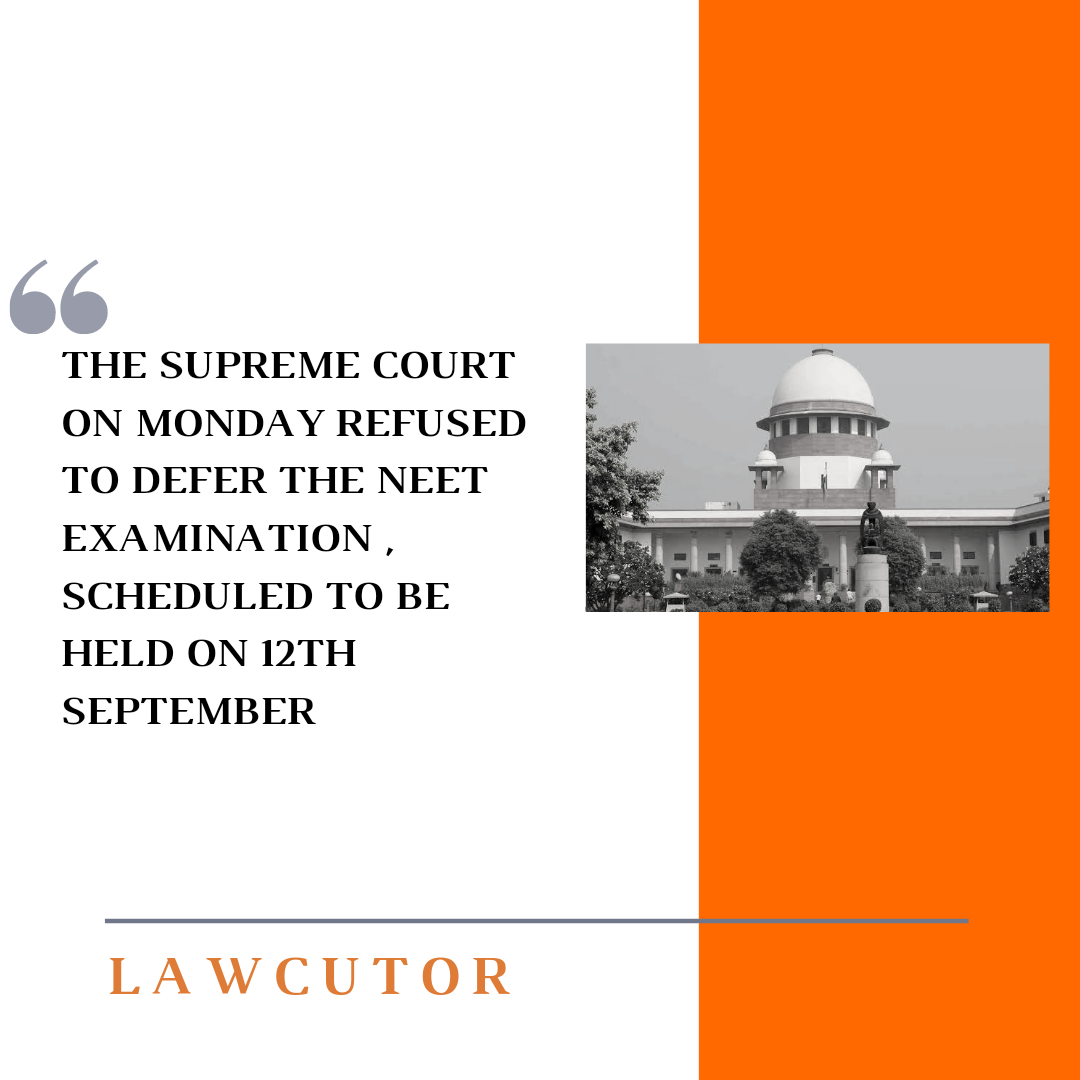 The petitioners sought re-scheduling of NEET UG21 to any date after September 25, which was denied by the Supreme Court.

The petitioners submitted that the biggest sufferers of the exam being conducted amid such hectic schedule are the applicants for NEET UG 21 as it’s a national exam held only once a year, with each mark being relevant to determine the career path of the applicants.

The petitioner further sought indulgence of the apex court on the following grounds:-