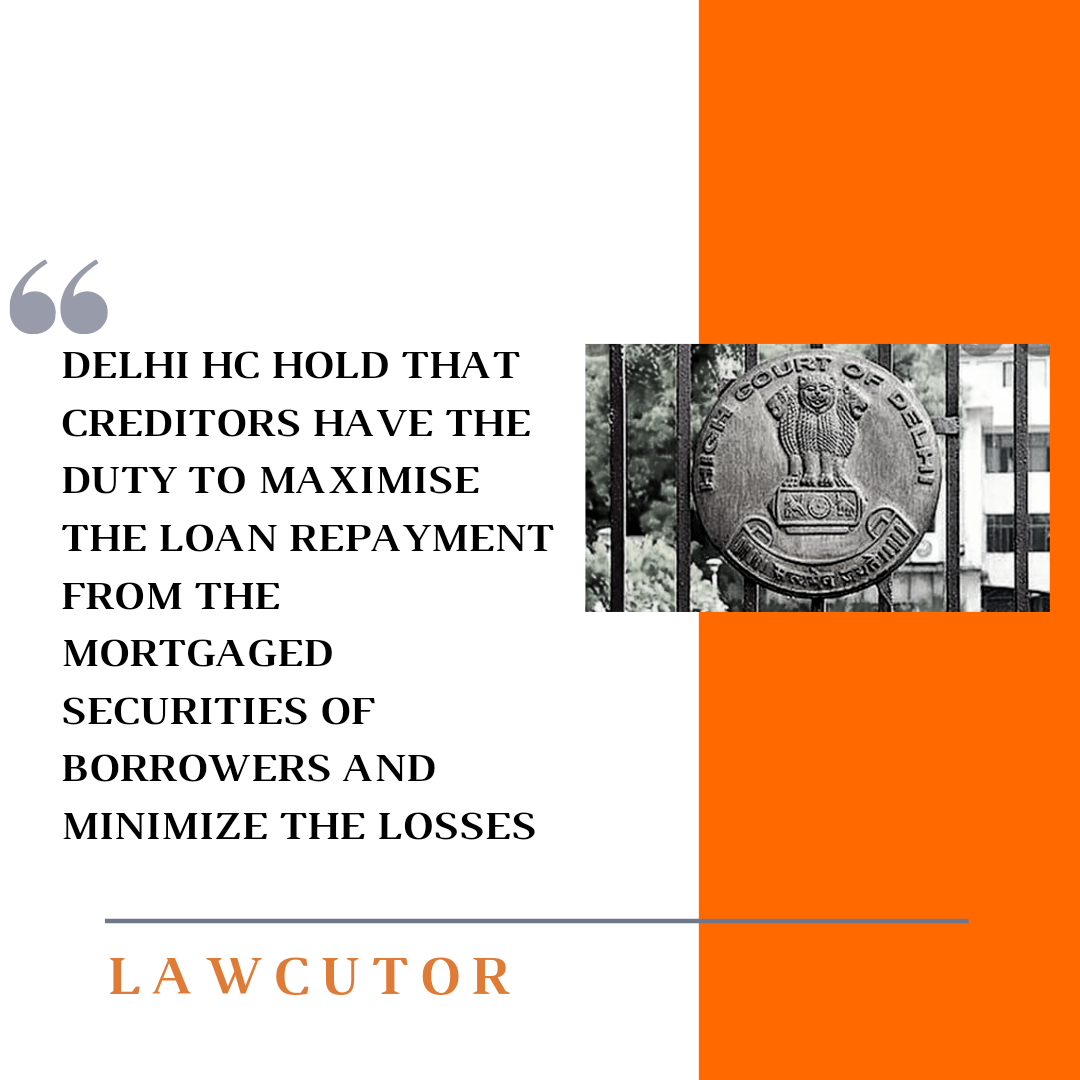 In the case of Pushpa Builders Ltd v. The Vaish Cooperative Adarsh Bank Ltd , Justice Asha Menon of the Delhi High Court, held that banks had the duty to maximize the value gained from borrower’s securities while also making sure that any losses were minimized.

The petitioner, which is Pusha Builders Ltd, had on November 4, 1987 got a loan of Rs 20 lakhs from the respondent Vaish Cooperative Adarsh Bank, against mortgage of a property in New Delhi.

The mortgage deed according to petitioner had 18% simple interest per annum. The petitioner defaulted on payment and on 20th August, 1996, a decree for the sale of mortgaged property was passed.

On 18th May, 2018, the mortgaged property was valued at Rs 24 crores. The petitioner has the dispute that the rate of interest was wrongly calculated under a compound rate, and the second dispute of the petitioner is that the property valuer of the respondent bank, had reduced the valuation of the property to Rs 13crores during the covid pandemic.

The court held that in previous orders it had made clear that the respondent bank had the right to get compound rate of interest, but on the question of depression of property value causing harm to the petitioner, it was said that:

The property has been arbitrarily depressed causing immense loss to the petitioner, requires some consideration. The petitioner cannot be so penalized that it should be made to suffer grave prejudice on account of any arbitrary action taken by the respondent. It is also incumbent on all Receivers of immovable property/security to maintain them in good condition and not to allow the property to waste.

The creditor cannot later on claim that the property under its custody had become dilapidated and therefore, cannot command the market value. The creditor would be responsible for the loss of such value and such practices that lead to distress sales below par have to be completed rooted out not just discourage.

Justice Menon directed that since it was the respondent bank’s lack of care that had resulted in the devaluation of the property, no further loan amount can be sought from the petitioner.