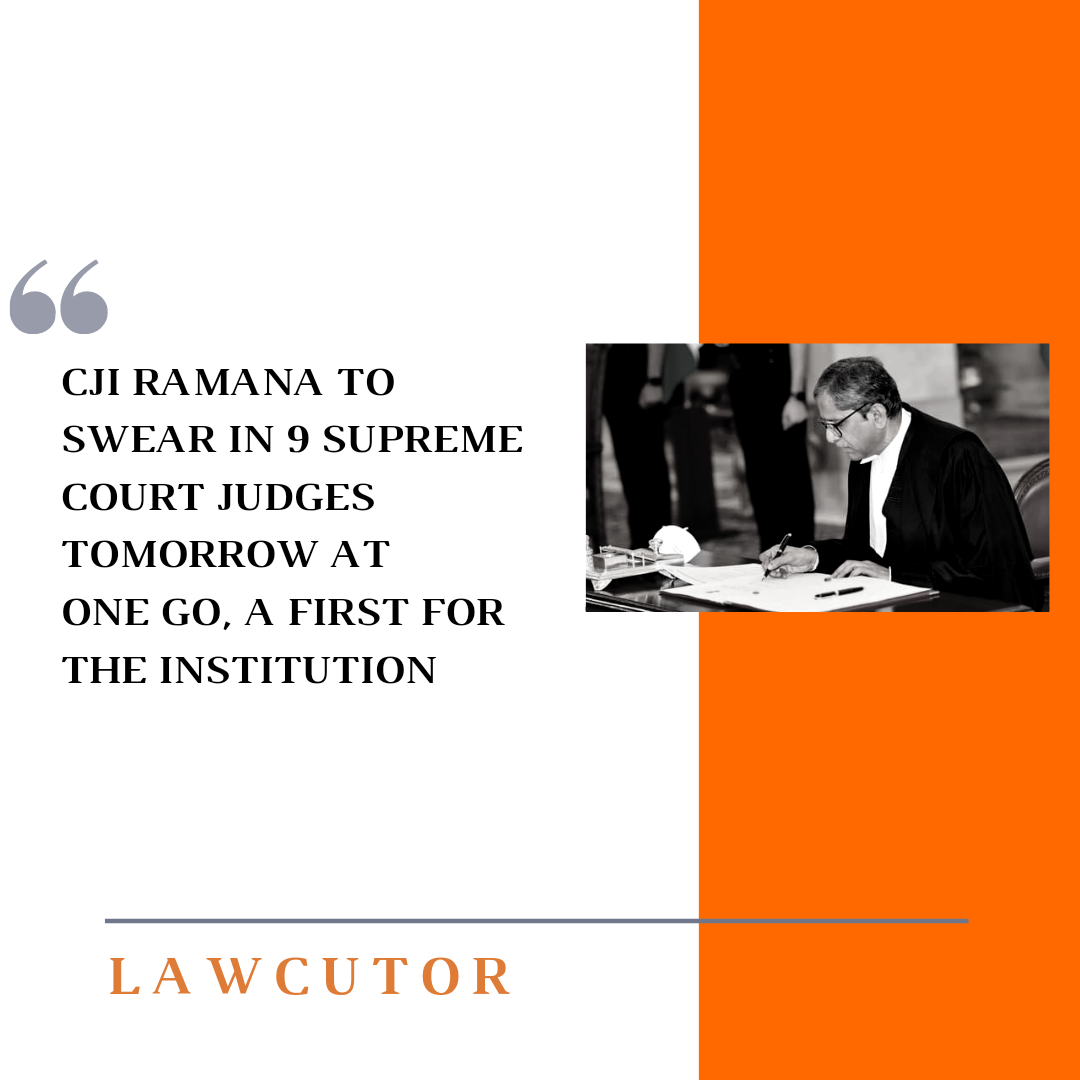 Chief Justice of India Justice N.V. Ramana will administer the oath of office to the nine judge-designates at 10.30 am on Tuesday, August 31 in a ceremony to be held in the auditorium of the Supreme Court‘s Additional Building Complex.

In the history of the Supreme Court of India, this is for the first time that nine judges will be taking the oath of office in one go. In another first, the venue of the ceremony has been shifted to the auditorium in view of the need for strict adherence to Covid norms. Traditionally, the oath to new judges is administered in Court Room No.1 which is presided over by the Chief Justice of India.

The oath ceremony will be telecast live on DD News and DD India.