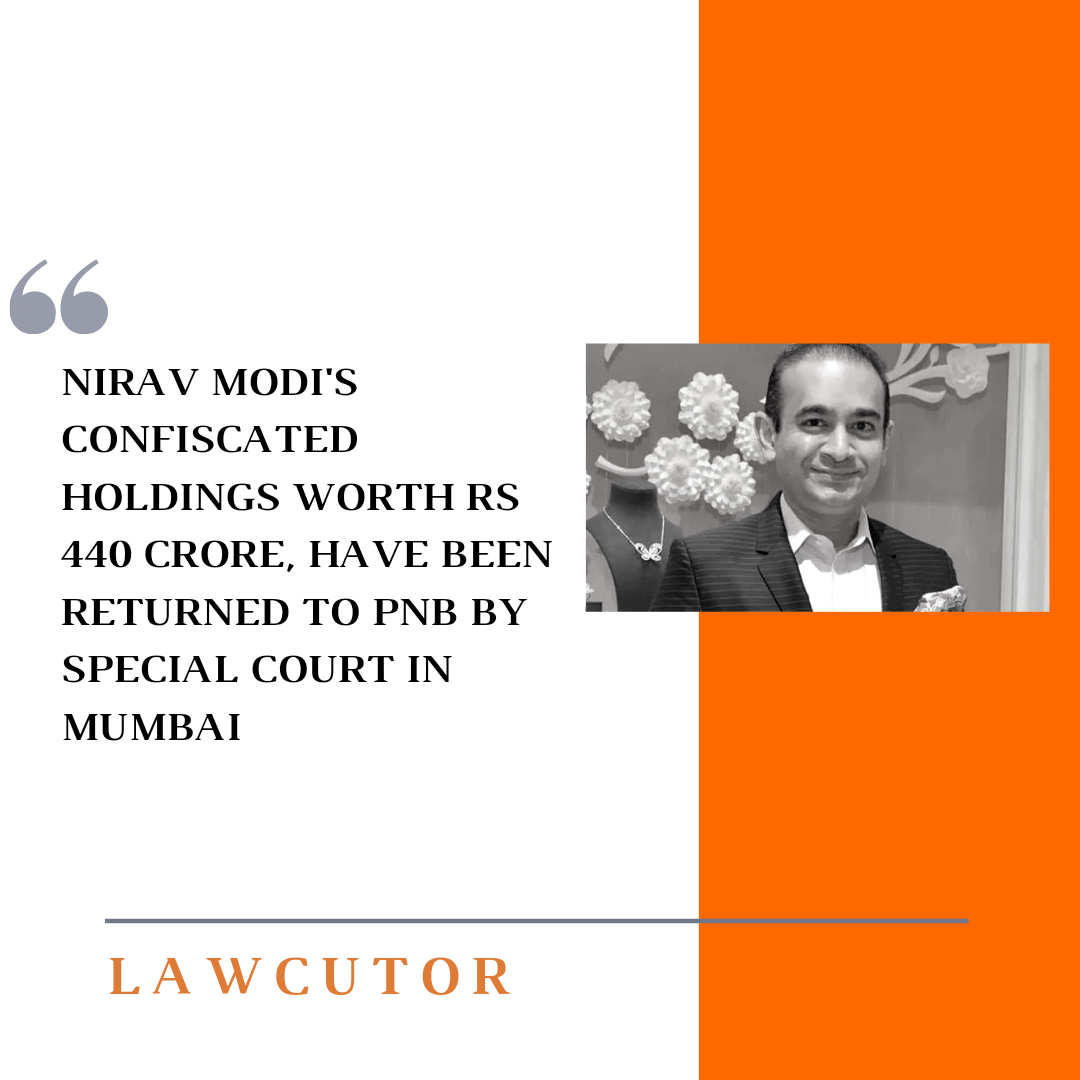 Nirav Modi’s property worth Rs 440 crore, which were confiscated by the ED, have been returned to the Punjab National Bank (PNB) by a Special Court in Mumbai (ED).

Nirav Modi and his uncle Mehul Choksi are convicted of defrauding the public sector bank PNB out of Rs 14,000 crore in credit extensions.

Several assets held by Nirav Modi were seized by the ED amid their investigation. After he was labelled a “fugitive economic criminal” in December of 2019.

PNB, together with a group of banks, has petitioned the court for the return of the property seized by E.D. under Sections 8(8) and 8(7) of the PML Act.

The Debt Recovery Tribunal (DRT), which decided in his favour, acknowledged the harm inflicted to the plaintiffs (banks), according to a Special Judge of the Money Laundering Court.