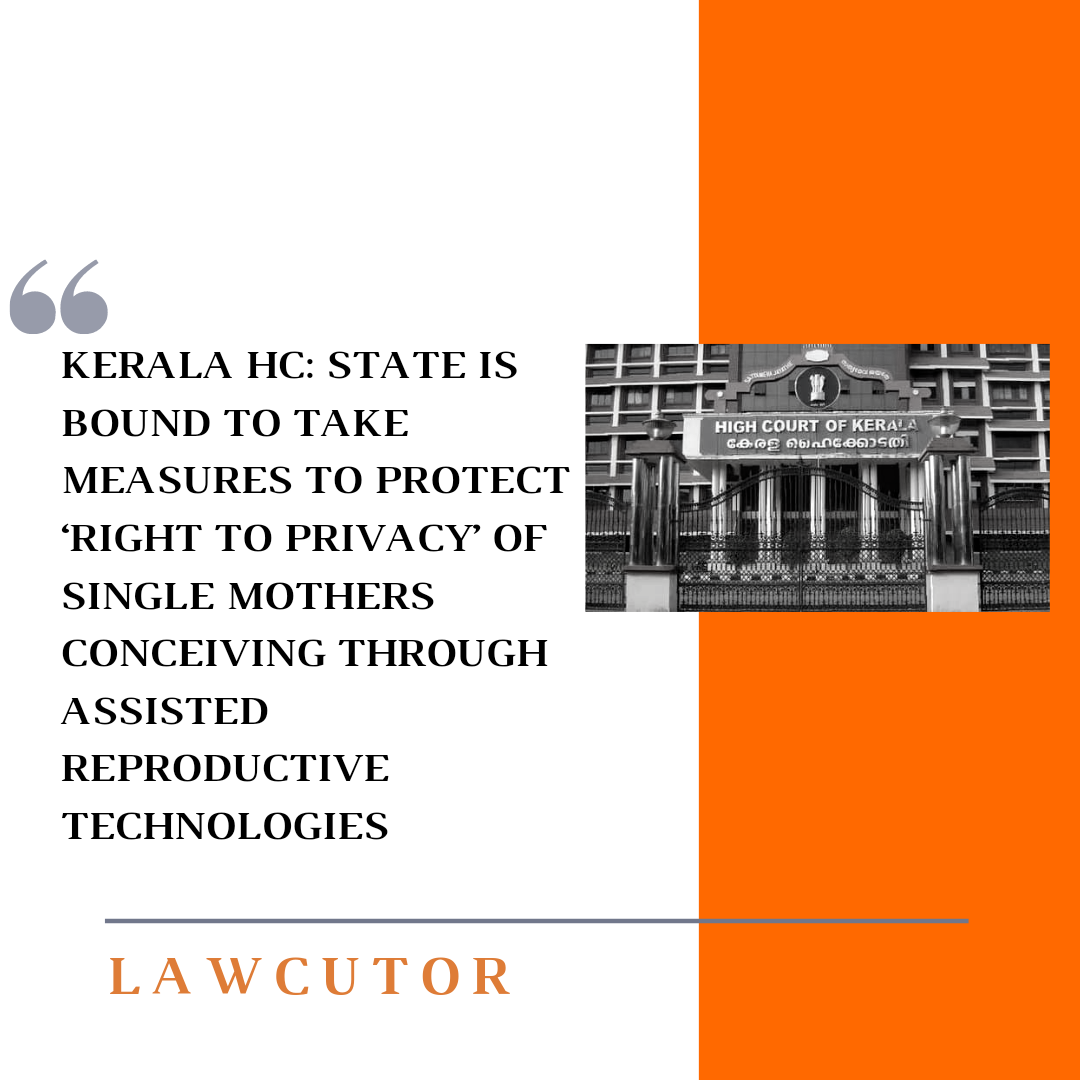 The Petitioner was a single woman, who had conceived through assisted reproductive technologies.(ART)

As per the Kerala Registration of Births and Deaths Rules, 1970, while registering the birth or death, the name of the father is a mandatory field.

The Bench of the Kerala High Court consisting of Justice Satish Ninan, agreed with the petitioner.

The Bench stated that the right of a woman to make reproductive choices is a fundamental right. Recognising the right to privacy, the Bench agreed that there was no necessity to have the similar forms for registration of births.

The Bench also stated that since single woman can undergo ART procedures, the State is bound to create separate forms for registration of births through assisted technology procedures.

The Bench directed the State to immediately create separate forms for registration of births through Assisted Reproductive Technologies.

The Bench further stated that in order to prevent misuse of these forms, the applicants would have to submit an affidavit and medical reports to support the claims.