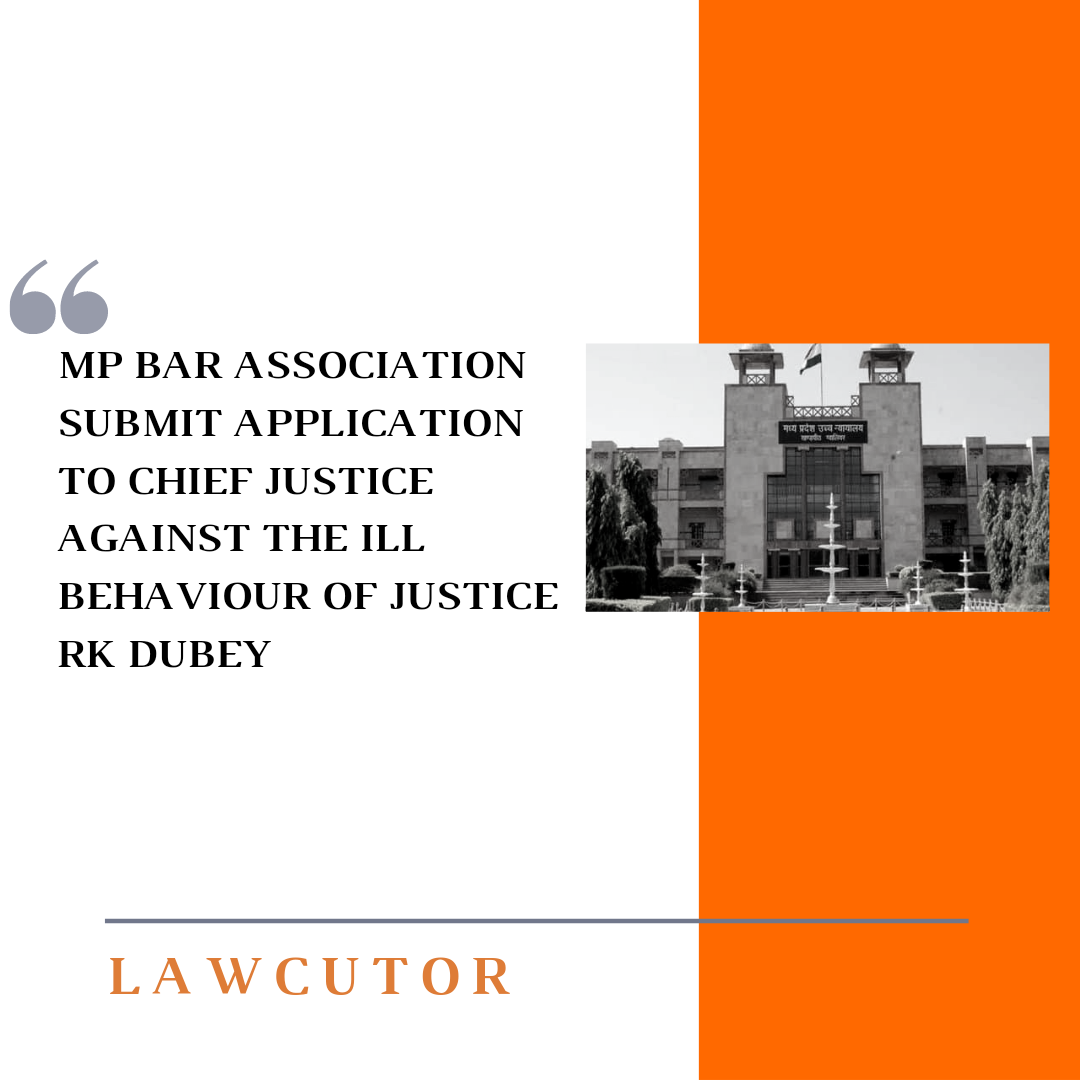 Bar Association of Madhya Pradesh High Court wrote an application to Chief justice Mohammad Rafiq regarding the misbehavior of Justice R K Dubey. The application outlined the issue of ill treatment and misbehaviour of the learned judge towards the advocates.

In the letter they further stated that his working patterns are disappointing and that he has an ill approach towards the lawyers. Many other complaints were also filed against him for the derogatory statement which he makes on most occasions. The Bar further stated that Justice RK Dubey’s relief ratio was only 5- 10%.

They further mentioned that the Bar Association has tried to resolve the matter orally but that has not proven to be fruitful and there are no positive changes to be seen in the working pattern.

Thus, Raman Patel, the President of the Bar Association of Madhya Pradesh in the application requested the Chief Justice to take action and further stated that if no action is taken towards Justice RK Dubey they won’t be left with any other option but to revolt.

Join us on whatsapp for more updates