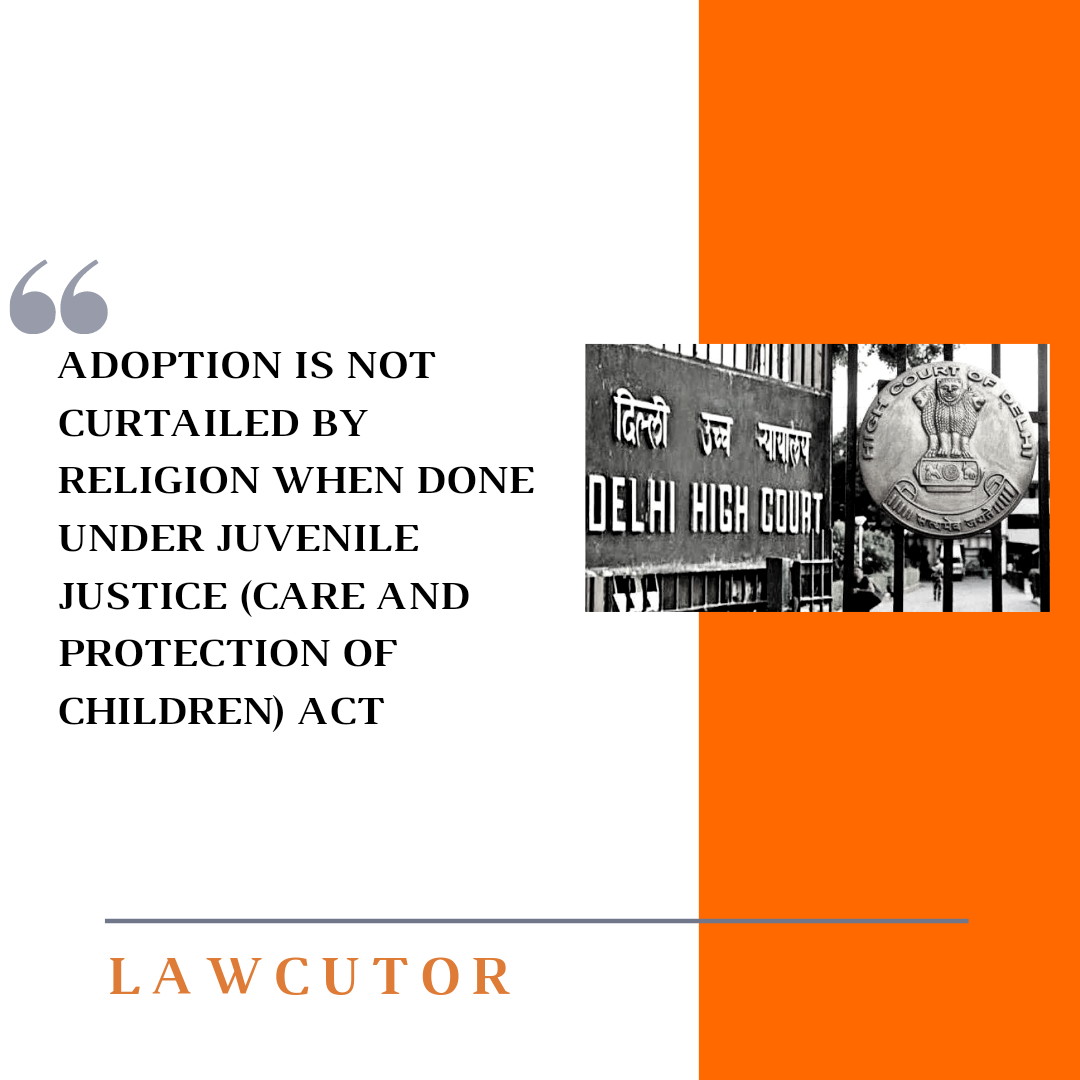 In the case of Jose Solomon v. Central Adoption Resource Authority(CARA) , heard by Justice Asha Menon of the Delhi High Court, the issue of the adoption of a Hindu girl child by Christian parents came up. The Christian couple had sought to get a ‘No objection certificate’(NOC) issued to them for taking their adopted child to the United States of America.

Since child trafficking is an evil that can occur even through adoption, proper adoption guidelines have to be followed under Adoption Regulations, 2017, to prevent any mishap to the child being adopted.

The Child Welfare Committee (CWC) allows Child Care Institutions (CCIs) to take care of abandoned or surrendered child and gets periodic reports from CCIs about the progress of the child. A Specialised Adoption Agency (SAA) registers the child for adoption, and the Prospective Adoptive Parents (PAPs) are given an option of 3 children who are fit for adoption. The Home Study Report and the Background Report of the PAPs is sent to the SAAs, and these measures are taken to ensure that children go in the right hands.

Justice Menon in the present case noted that Christian or Muslim couples could not adopt a Hindu child under the Hindu Adoptions and Maintenance Act (HAMA), but she also noted that the six-year-old child had been in the custody of the adoptive parents since her birth.

Nothing that the child was being well taken care of and there was no cause of removing the child from the custody of the adoptive parents.

The limitation of HAMA Act was removed if one sought to adopt under the Juvenile Justice (Care and Protection of Children) Act.