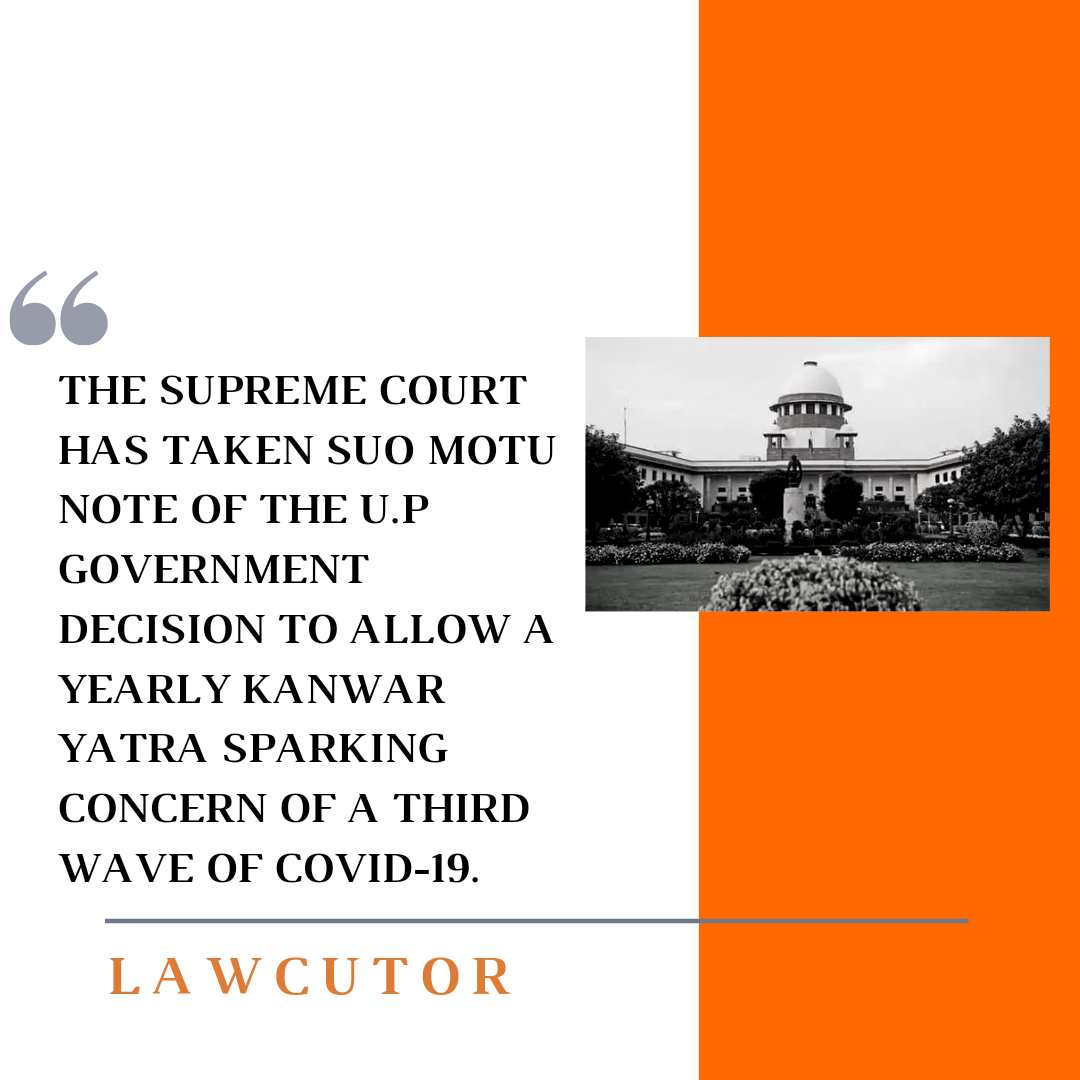 Amid Sparked claims about the third wave of Covid 19, the Supreme Court took suo motu cognizance of the UP Government’s, authorisation regarding the traditional Kanwar Yatra.

After scheduling the matter for any further assessment on Friday, July 16, a bench led by Justice Rohinton Nariman sent notice to the Uttar Pradesh government and demanded its answer.

On Tuesday, the Uttar Pradesh government said that now the Kanwar Yatra might proceed with a “minimal amount of participants” and that if necessary, a negative RT-PCR test can be made mandatory.

On the other side, Uttarakhand has suspended the Kanwar Yatra this year due to the Corona outbreak.

A key component of the Kanwar Yatra, ‘Kanwariyas’ take water from Ganga at Haridwar to present at Shiva temples in their districts. Thousands of believers walk from all around the nation to gather the water.