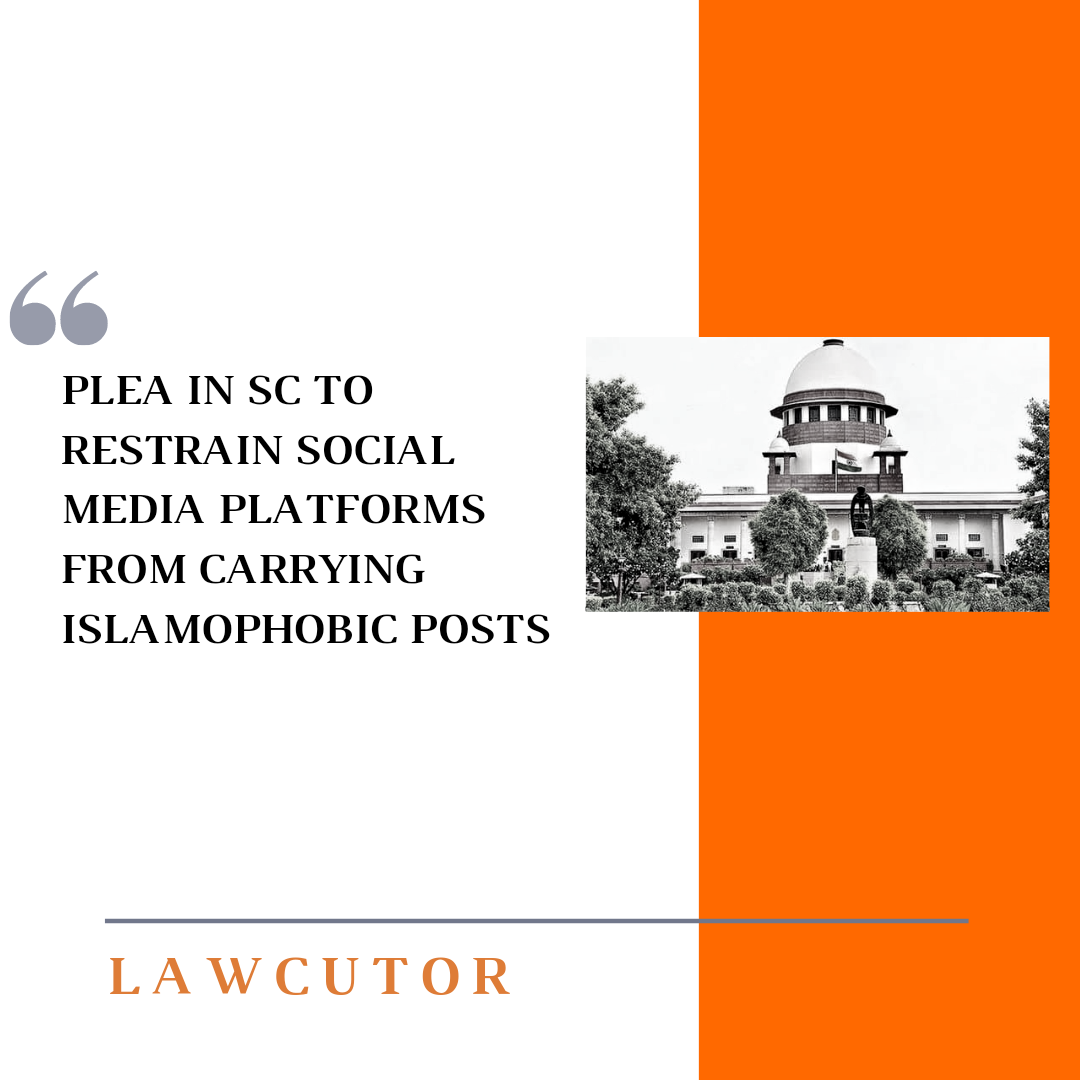 Due to massive publicity given by the media that many of the positive cases of symptoms of coronavirus were found from Tablighi Jamaat at Nizamuddin, Delhi, there was a massive trending of Tweets on the Twitter attaching the Muslim religion to the cause of spread of coronavirus.

The plea filed by Advocate Khaja Aijazuddin has sought directions to restrain social media platforms from carrying Islamophobic content and to direct a CBI or NIA probe against Twitter, its users involved in putting out inflammatory posts.

The Supreme Court on Monday heard the plea seeking directions to the Central Government to restrain all online social media networks operating in India and not to carry out any Islamophobic posts or messages hurting or insulting the feelings of a particular community.

A bench led by the Chief Justice N.V. Ramana and Justice A.S. Bopanna has asked the petitioner who appeared in person to peruse the new IT Rules passed by the Central Government and listed the matter for hearing after a week.