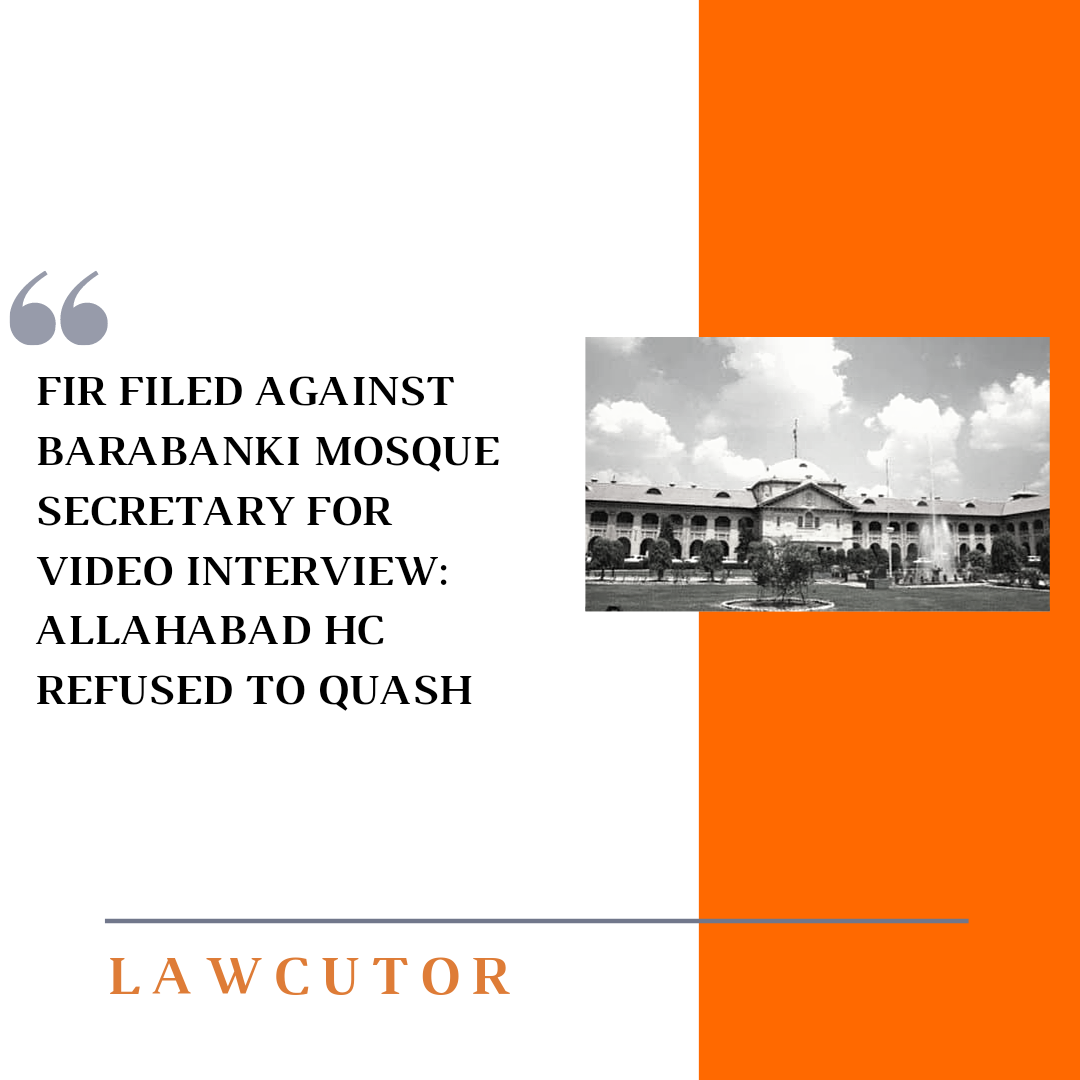 The FIR was registered by the UP Police against The Wire, two of its journalists, a resident of Barabanki and the masjid committee member for a video report on the alleged illegal demolition of a mosque.

The Allahabad High Court has rejected the plea by the Masjid Committee Secretary of the Gareeb Nawaz Mosque, Mohammad Anees and a local resident of Barabanki, Mohd. Naeem to quash the First Information Report (FIR) registered against them

A Division Bench of Justices Ramesh Singh and Narendra Kumar Johari said that it is open for the petitioners to move an anticipatory bail in the matter and it cannot quash the proceedings at the moment.

During the hearing on Friday, the counsel for the petitioners submitted that all the charges under sedition and other connected charges are “unsustainable”, according to Bar and Bench. He also submitted that the FIR filed was baseless.

The accused were booked for offences under Sections 153 (provocation to cause riot), 153A (promoting enmity between religious groups), 120-B (conspiracy) and 501 (printing defamatory material) of the Indian Penal Code (IPC).