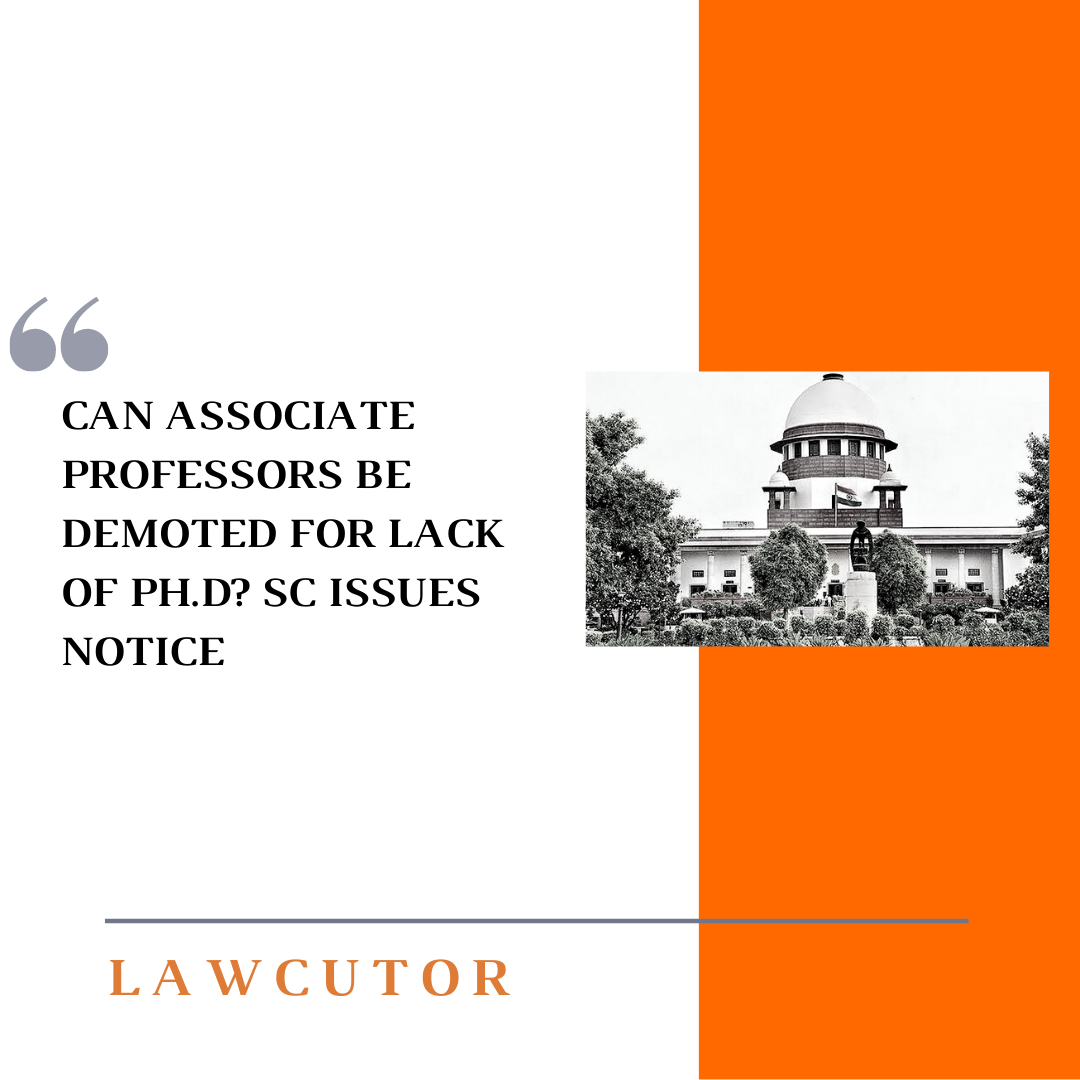 The Supreme Court on Friday issued notice on a special leave petition challenging a Kerala High Court judgment which held that Ph.D is mandatory for Associate Professor posts in technical institutions after 05.03.2010 as per AICTE regulations.

The bench headed by Justice Kaul was hearing the challenge to the impugned judgment dated 03-12-2020 whereby a Division Bench of the High Court came to a finding that Rule 6A(ii) of the Special Rules for Kerala Technical Education Service, 1967 (Special Rules) is not applicable after 5/3/2010.

The said Rule, added in 2003, had granted seven years time to acquire the PhD qualification.

Senior Advocate Jaideep Gupta, representing the petitioners, pointed out that the Supreme Court in 2016 had held that the said Rule 6A(2) was in consonance with AICTE Regulations. It was in implementation of the said judgment that the petitioners were promoted as Associate Professors.

The judgment was implemented pursuant to contempt petitions filed by the petitioners.

The senior counsel argued that the impugned judgment of the High Court was rendered without noticing the 2016 Supreme Court judgment which had upheld Rule 6A(ii).

A bench headed by Justice Kaul had upheld the very same impugned judgment of the High Court, by dismissing the SLPs filed against it.

The High Court held that .”Rules 6A(i) and 6A(ii) have no application beyond 5-3-2010, the date on which “Pay Scales, Service Conditions and Qualifications for The Teachers And Other Academic Staff In Technical Institutions Degree Regulations, 2010” were issued by the AICTE.

In other words, after 5-03-2010, the qualification of Ph.D is mandatory for the posts of Principals,Professors and Associate Professors (re-designated post of Assistant Professor)”