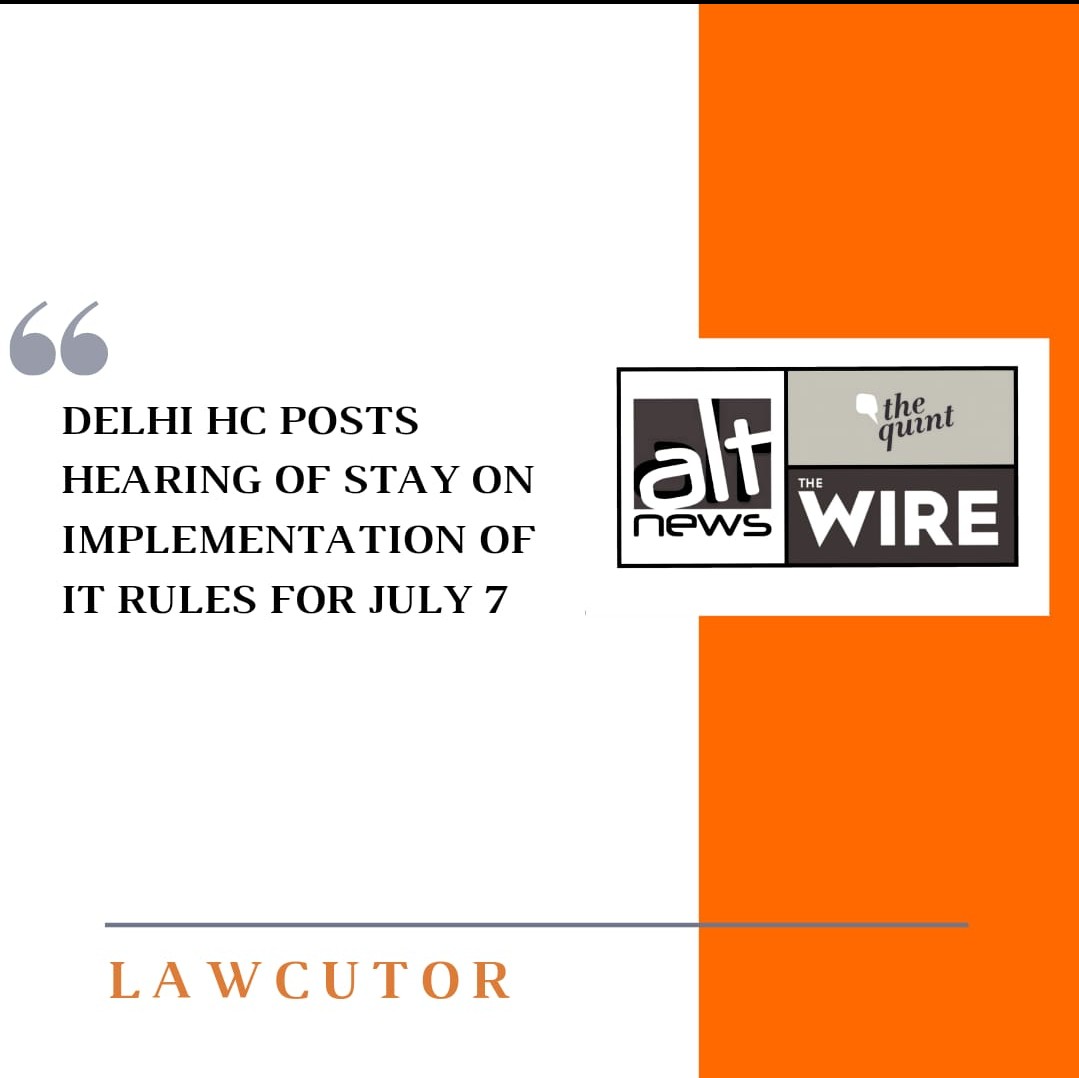 The vacation bench of Justices C. Hari Shankar and Subramonium Prasad of the Delhi High Court today referred The Quint’s petition for an interim stay on the implementation of the Information Technology (Intermediaries Guidelines & Digital Media Ethics Code) Rules, 2021 to the court’s regular bench for hearing on July 7.

The websites had requested an emergency stay, claiming that the government was threatening them with coercive action for failing to comply with Part III of the Rules, which seeks to establish a new regulatory regime for digital news media entities with the government in control.

The rules directly subject the digital news media to Union government discipline, which the petitioners argue is in violation of the IT Act and the constitution.

The petitioners informed the bench that there is a penalty for noncompliance under the Act, despite the fact that the Rules themselves are entirely outside the scope of the Act. Senior counsel Nitya Ramakrishnan, who argued on behalf of the petitioners, told the bench that the penalties would be imposed unless the court stayed coercive action, as the Kerala high court recently did.

The Union has filed a transfer petition, requesting that the Supreme Court hear and rule on all of these issues.