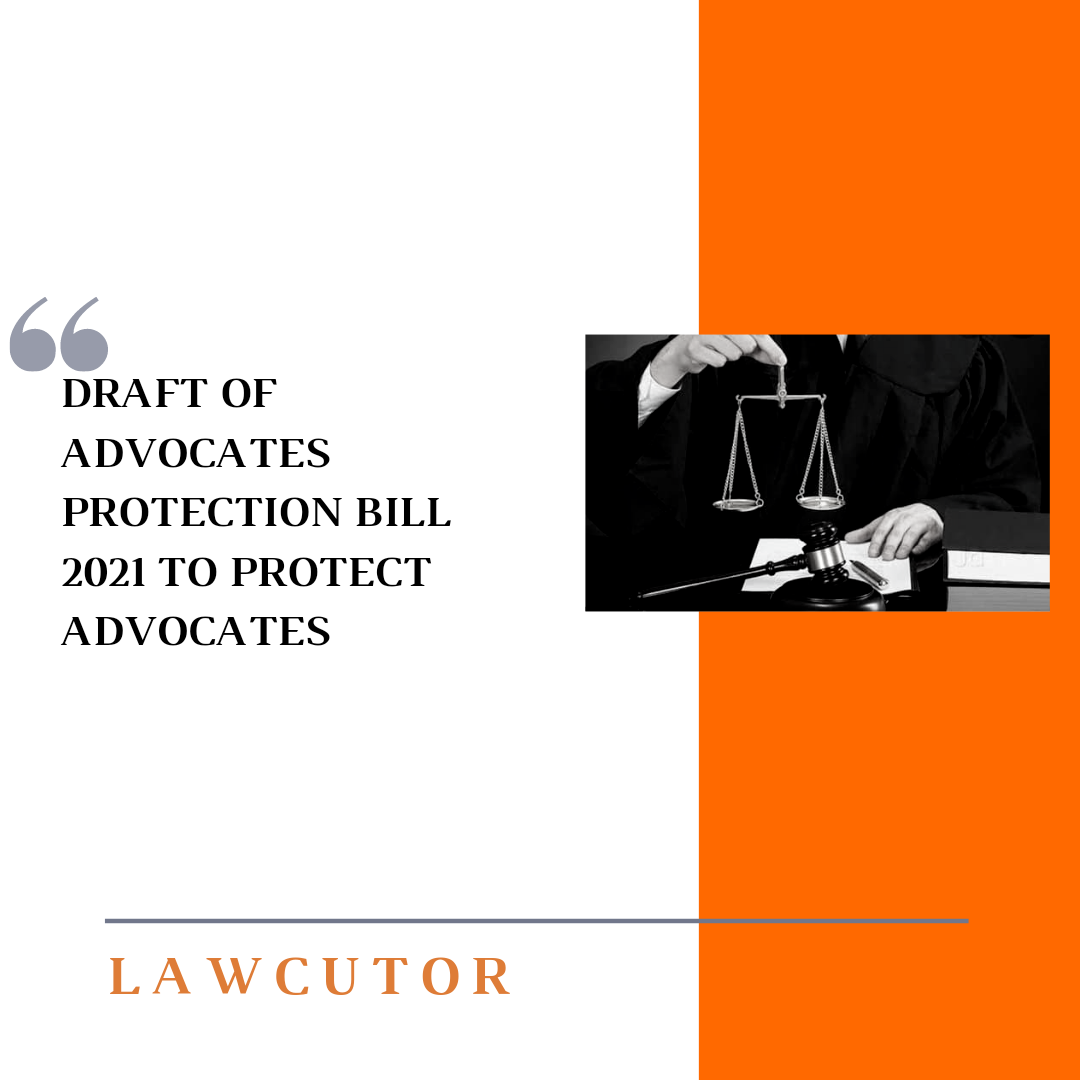 A seven-member committee was nominated for framing the draft of the bill keeping in mind the problems and challenges faced by the advocates and their family members.
After a long period of time, denial of several motions in the court of law, the Committee constituted by the Bar Council of India has drafted the “The Advocates (Protection) Bill, 2021.”

The Bill elaborates the definition of ‘act of violence’ committed against the advocates such as harassment, coercion, assault, criminal force or threat impacting the living or working conditions of advocates; any harm injury, danger to life within courts or otherwise, coercion to reveal any privilege communication or material of an advocate and to withdraw his vakalatnama, or stopping from appearing/ act/ plead before the court, any loss or damage to any property or documents or materials which such advocate is bound to old under law, usage of derogatory language during the course of the judicial and quasi-judicial proceedings.

Further, the bill states the punishment of such offences except grievous hurt with an imprisonment for not less than 6 months and may be extended to five years and fine up to one lakh rupees and if the offence under this act is done for the second time, an imprisonment for a term not less than 1 year which may be extended to ten years be given to such offender.

Several other key points of the bill states that the case shall be investigated by Superintendent of Police, these cases shall be completed within 30 days from the date of registration of FIR, Advocates under the threat of being a victim of act of violence shall be entitled to Police Protection