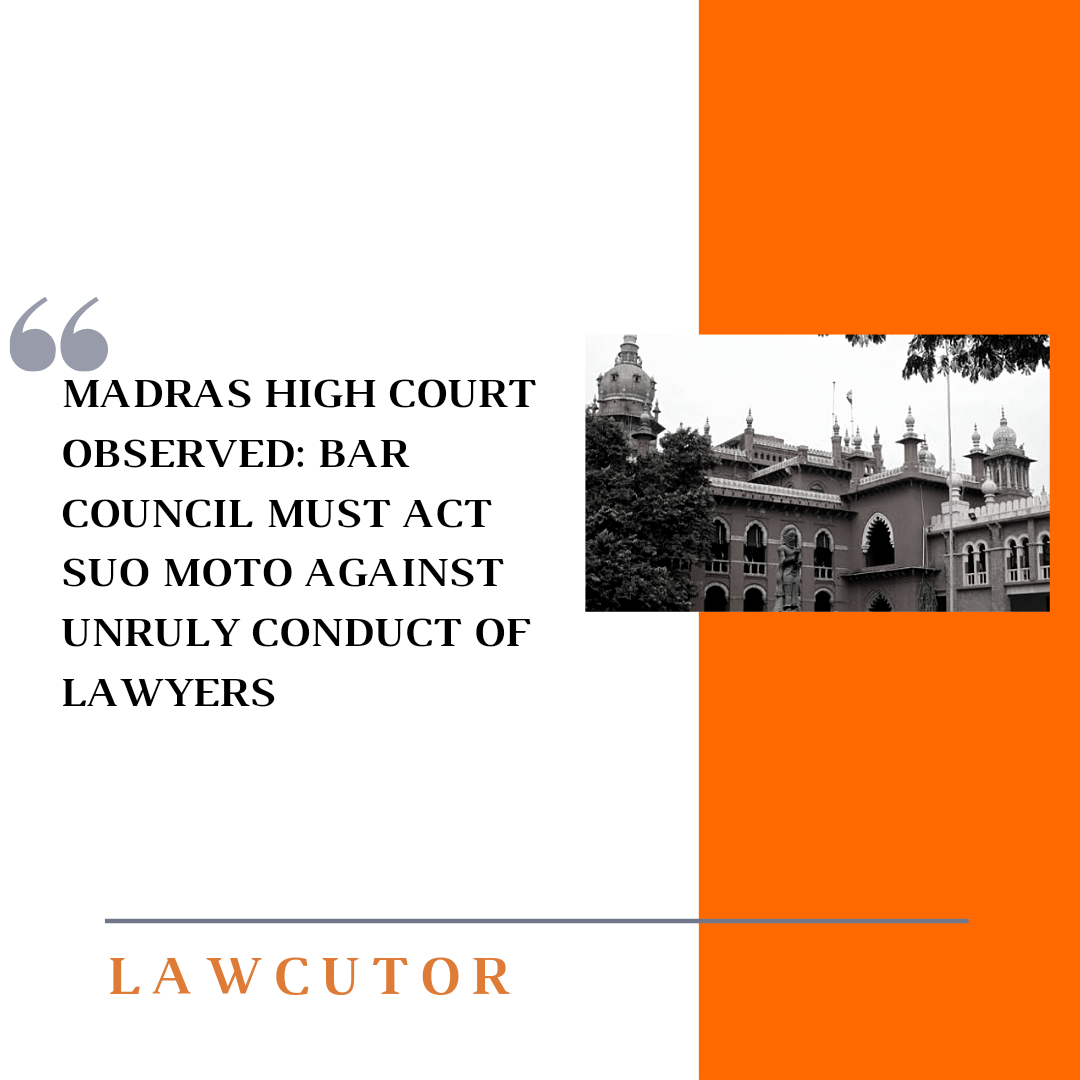 The Madras High Court on Saturday has observed that the Bar Council should initiate suo moto disciplinary actions against advocates who demean the legal fraternity with unruly conduct in public.

A single bench of Justice M Dhandapani made these significant observations while considering the anticipatory bail application of a lawyer, who was accused of publicly intimidating police officials who had stopped her vehicle for travelling in violation of lockdown. The visuals of the lawyer threatening the cops had got public in media.

The court also observed that advocates are not above law and, in fact, it is the advocates who have to give more respect to the law, as it is their bread and butter. Usage of the position of advocate for other than just causes is nothing but an act of corrupt nature, which requires to be cut down by the sword held in the hands of the statue of Justice.

The Court said that Bar Council should take suo moto action against any unprofessional conduct of a lawyer which comes to its knowledge.

The court also said that it is high time the Bar Council enforces Section 35 of the Advocates Act, which gives it the power and authority to initiate action suo motu on the incidents, which comes to its knowledge through the digital/print media, for which there is no complaint given by any individual.