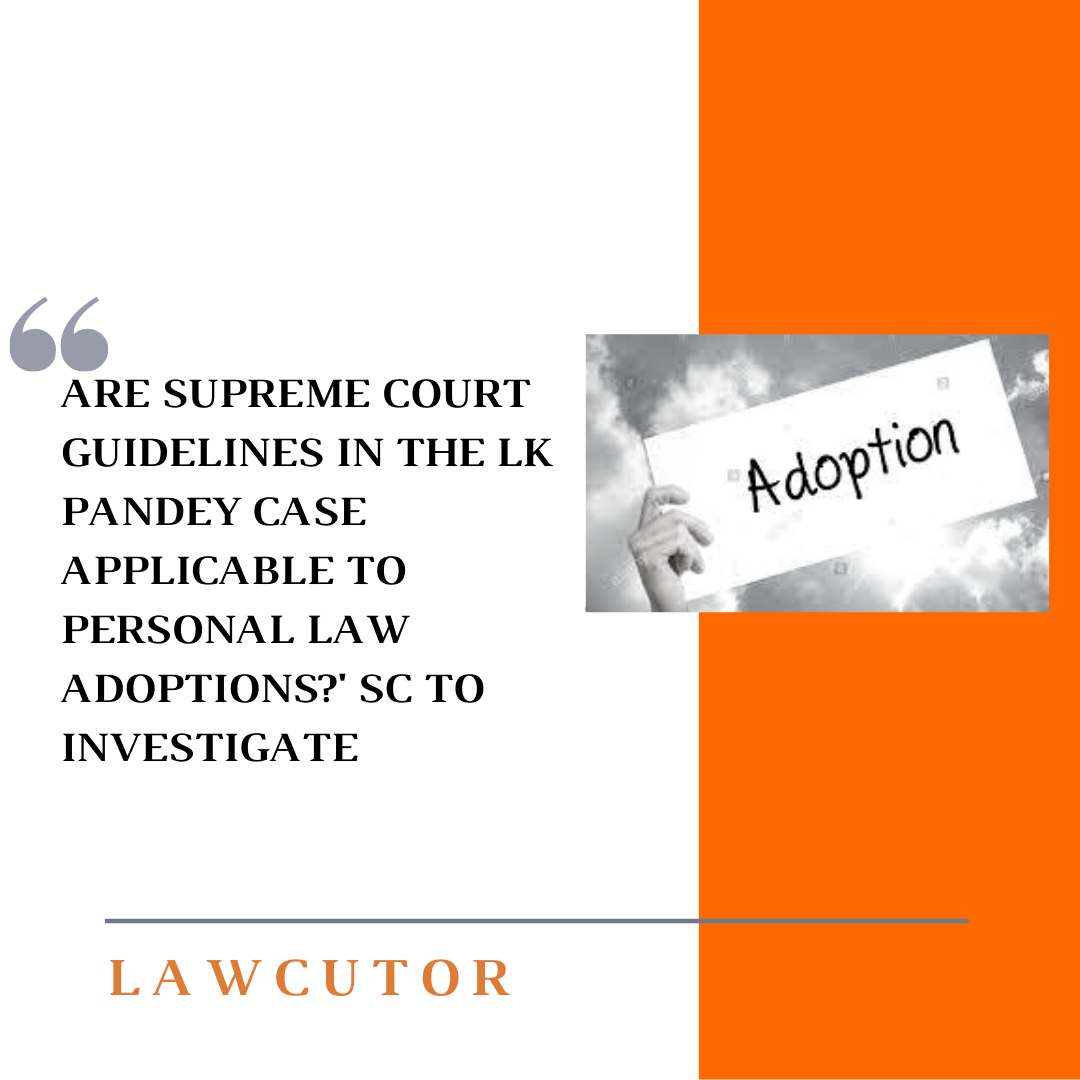 In a case where a 2-year-old girl-child was given in adoption by her biological mother to a couple by executing a notarised document and failing to comply with the rigours of the JJ Act, the Supreme Court on Friday removed the child from the care of the CWC and granted interim custody to the adoptive parents.

The vacation bench of Justices Hemant Gupta and V. Ramasubramanian was hearing an SLP filed at the request of the adoptive parents against a March order of the Bombay High Court denying the couple permission to take custody of the child on the basis of a “mere notarised document purported to be an adoption deed.”

The SLP petitioners had approached the High Court in a writ of habeas corpus after the child was taken away by the Child Welfare Committee (CWC) and placed in a Child Care Institution, claiming that the girl’s biological mother had willingly given the child in adoption to them. It was argued that the requirements for a valid adoption under the provisions of the Hindu Adoption Act were fully met, and thus the petitioners were entitled to protection under Section 56(3) of the JJ Act, which states that nothing in the Act applies to adoptions made under the Hindu Adoption and Maintenance Act, 1956.

The petitioner-couple stated before the Supreme Court, “Because both parties are governed by Hindu Law, the child was adopted in accordance with the provisions of the Hindu Adoption and Maintenance Act, 1956. The petitioners adopted the child after fulfilling the conditions of giving and taking the child, performing the ‘Dattak’ religious ceremony in the presence of witnesses, and signing and notarizing the adoption deed. The child’s custody has been revoked by the High Court because the adoption did not follow the JJ Act’s procedural requirements.”