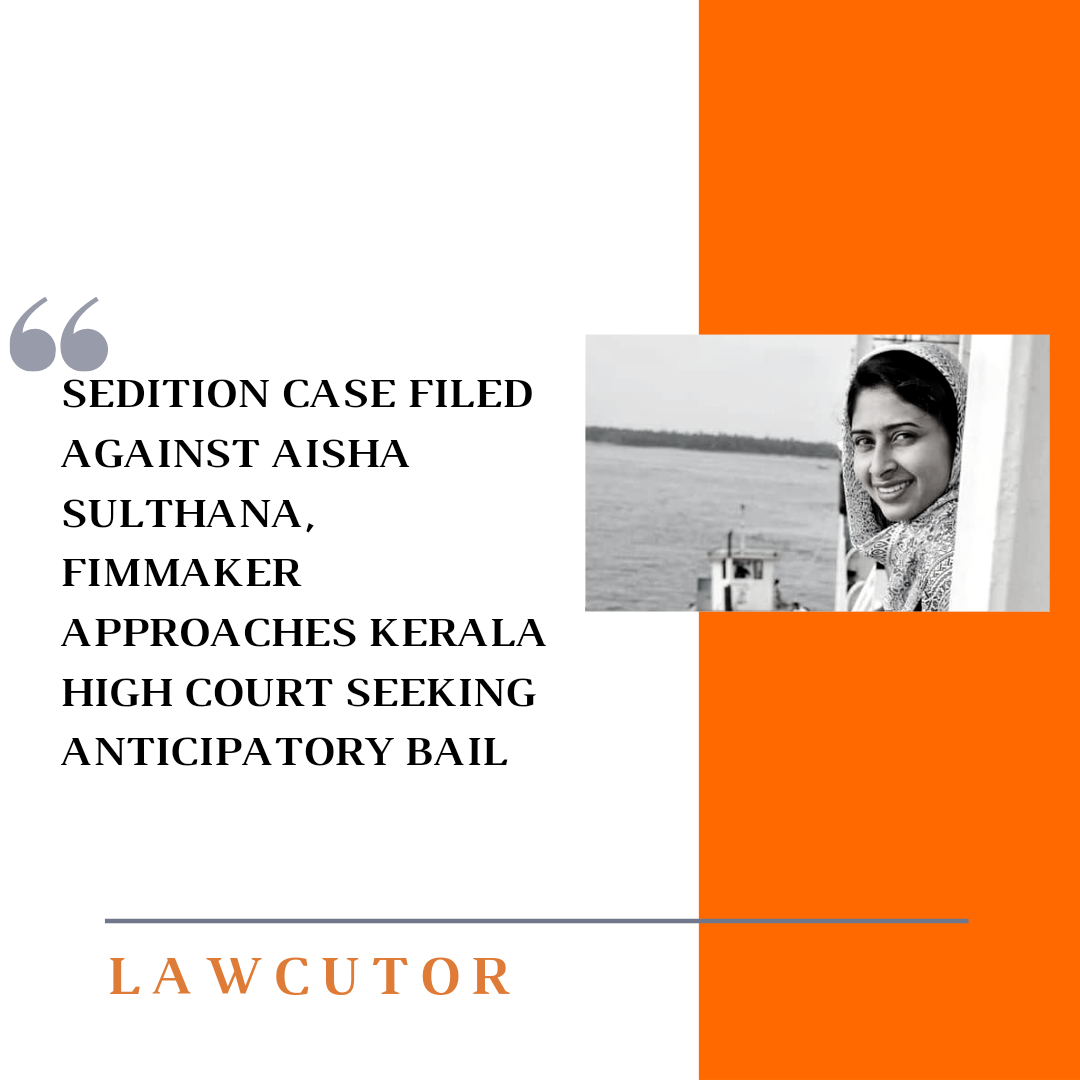 Filmmaker Aisha Sulthana moves to Kerala High Court seeking anticipatory bail in a case of sedition filed against her for her remarks against Lakshadweep island’s new regulation on administration. She has sought for anticipatory bail for an FIR registered against her in Kavaratti Police Station under Section 124A(sedition) and 153B (acts against national integration) of the Indian Penal Code.

The FIR has been filed by a BJP worker against the filmmaker’s alleged remark during a channel discussion wherein she stated that bio-weapons have been used by Government of India against the population of the Lakshadweep Island.

In the plea Sulthana has made it clear that the remarks were made in regard to the relaxed COVID19 protocols which has led to a sudden increase in the number of cases.

The plea further contends that giving remarks on political issues and criticising them is not an offence of sedition under section 124A IPC. There is no incidence that shows that the statement has caused disaffection towards the government or sparked any violence.

Sulthana has further submitted that she had issued an explanation on social media about her intentions regarding the remark and that Section 153B IPC will not be applicable against her as the remarks made were not prejudicial to national-integration or did not cause disharmony or feelings of enmity, hatred or ill-will.