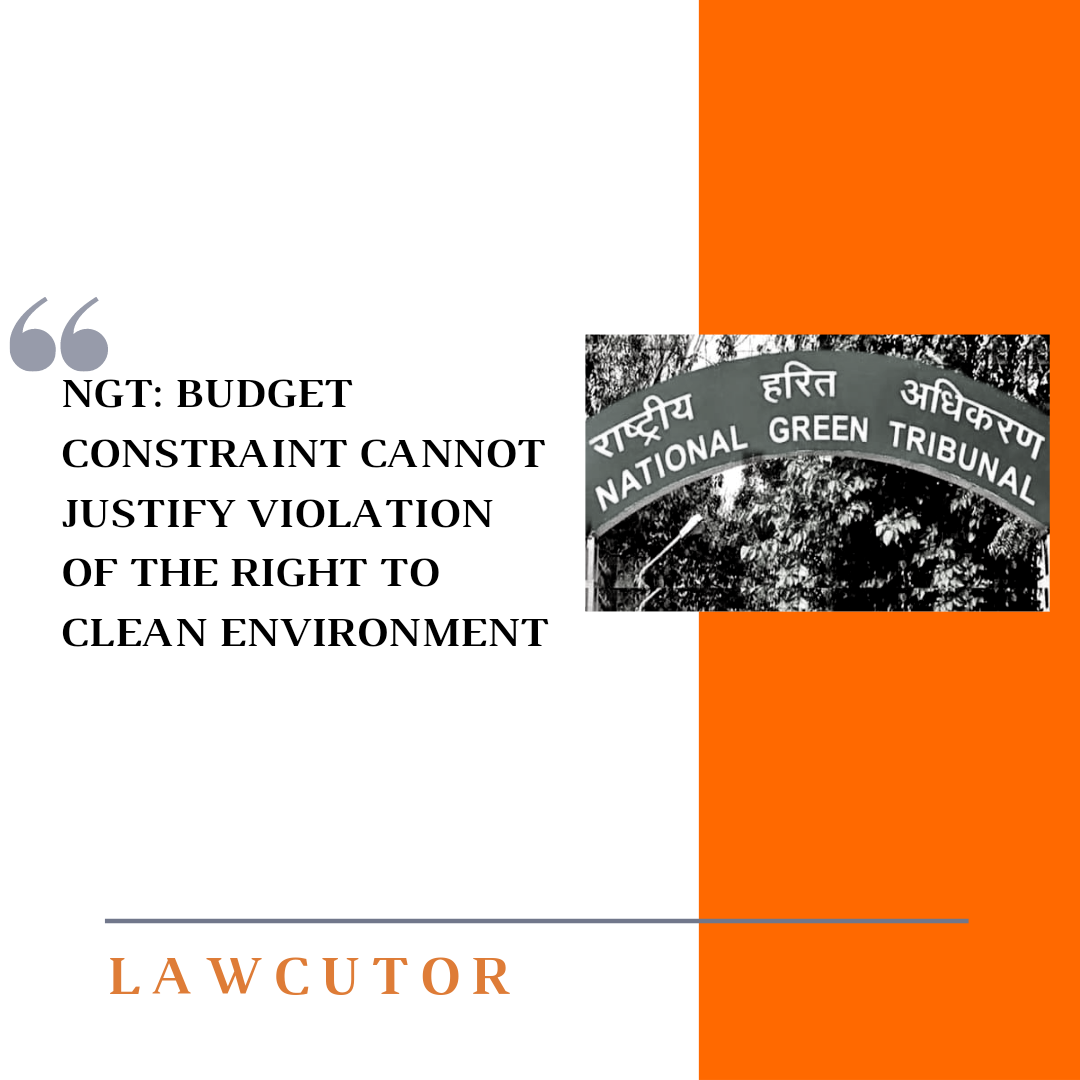 The plea filed by a Rajasthan resident, Bhanwar Lal Bhargava was concerned with the discharge of untreated sewage and industrial effluent on agriculture land in Bikaner’s Nokha village.

The executive officer of the municipal board in Nokha had mentioned in the affidavit that the existing Sewage Treatment Plant (STP) could not be repaired and operated due to non-availability of sufficient budget.

A bench headed by NGT Chairperson, Justice Adarsh Kumar Goel stated that the officer who has filed the affidavit does not have the requisite knowledge of law and responsibilities of the State Pollution Control Board (PCB).

The Bench stated that as per a binding judgment of the Supreme Court, the plea of budget cannot be taken to justify continued violation of the Water Act and the citizens’ right to clean environment.
In absence of any other source of funds, funds are to be raised from the citizens in the area as directed by the Supreme Court, and action can be taken against concerned erring officers for failure of these steps.

The NGT gave one last opportunity for compliance, failing which the secretary of the departments concerned and the member secretary of the state Pollution Control Board would be held personally accountable for offences 25 and 26 of the National Green Tribunal Act, 2010.

The Bench stated that tribunal will accordingly take coercive measures as found appropriate, if the failure continued.

The NGT also directed the member secretary of the State Pollution Control Board and the secretary of the department concerned to be present in person by video conferencing with a compliance status on September 21.