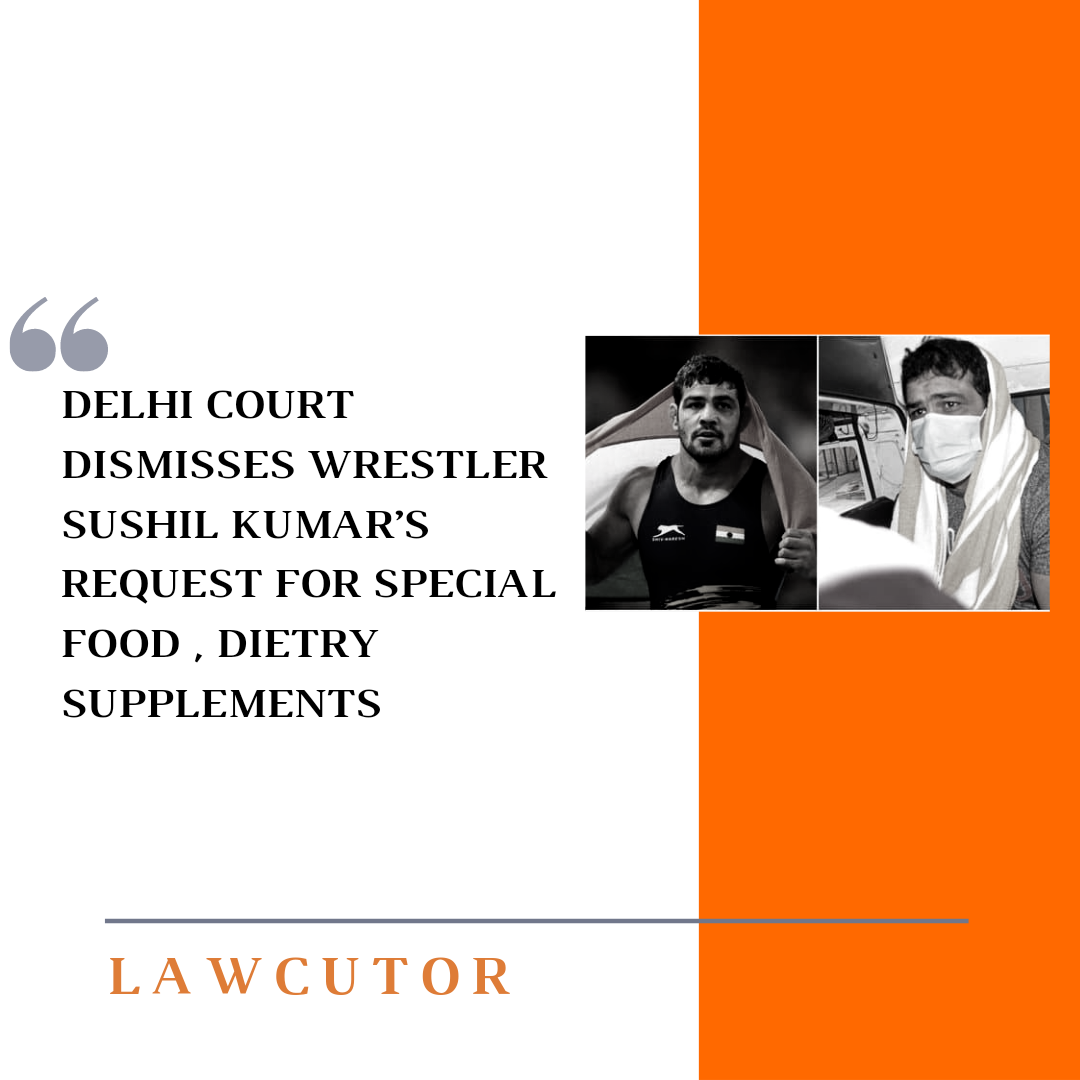 A Delhi Court dismissed an application filed by Olympic Medallist wrestler Sushil Kumar, accused in a case of murder, seeking special food and supplements in the prison.

Chief Metropolitan Magistrate Satvir Singh Lamba observed that all basic needs and necessities of the accused are being take care of as per the provisions of Delhi Prisons Rule , 2018 and “The alleged special foods and supplements appear to be only the desires and wishes of the accused and are not in any manner the essential need for necessity.”

Sushil Kumar ‘s Advocate Pardeep Rana , averred that the accused has won several medals for the country and the accused is innocent unless his guilt is proved before any court of Law. It was also added that Sushil still wishes to continue his career in wrestling.

In the above statements the counsel sought the permission of the court for supply of some special foods and supplements.

The Additional Public Prosecutor as well as the Jail Superintendent argued that Sushil’s request and stated that the desire of the accused for special supplements brings discrimination among other prisoners. Also pointing out that requirement of a prisoner shall not be decided on his previous lifestyle as per the Delhi Prisons Rule, 2018

The court ultimately observed that, “It is well settled law that all the persons, whether natural or juristic are equal in the eyes of law irrespective of their caste, religion, sex, class, etc.

Right to equality is a basic feature of Indian Constitution. It implies the rule of law. It also implies absence of any special privilege in any person due to his rank, status, whether rich or poor, etc. The law should be equal and should be equally administered, that like should be treated alike.”