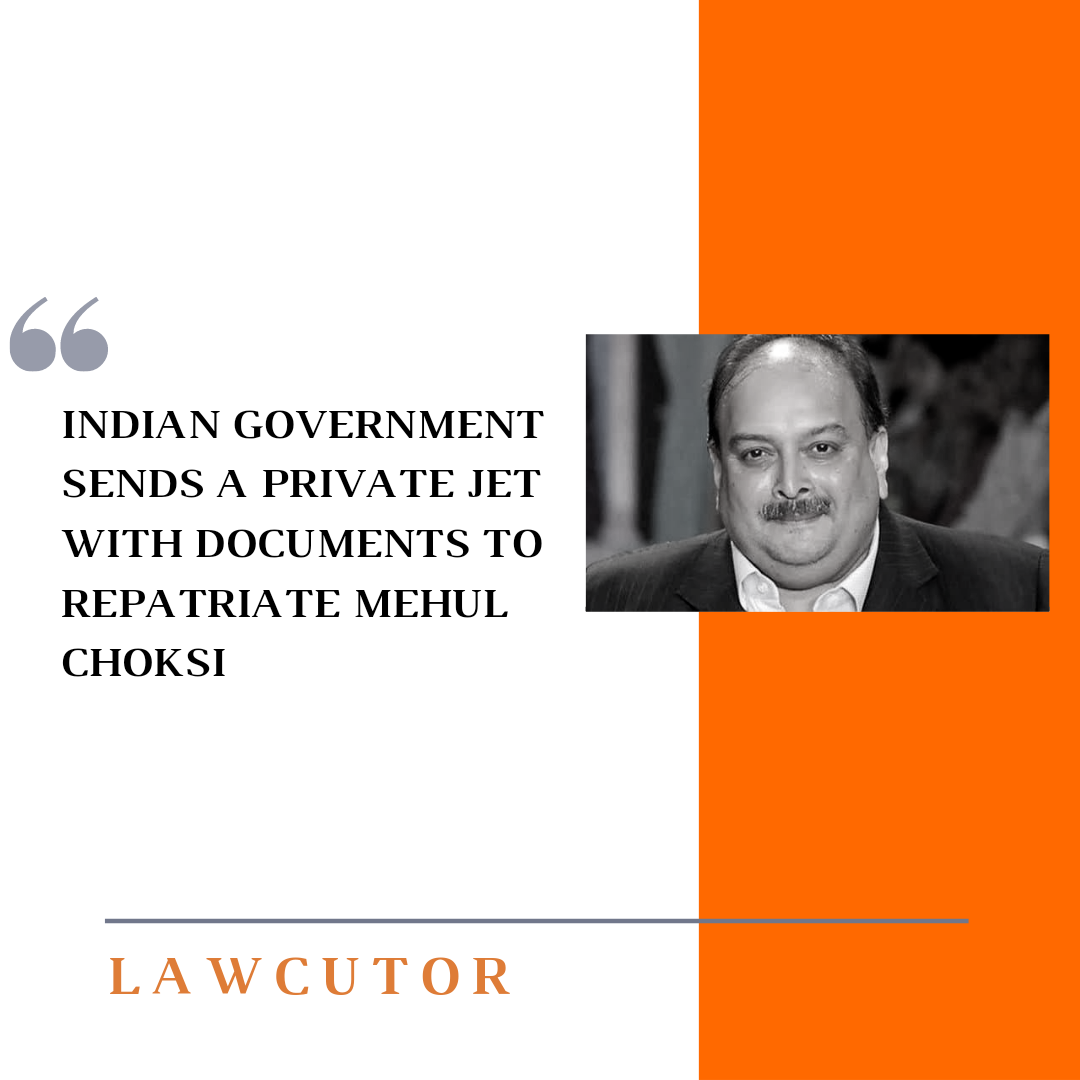 Mehul Choksi and his nephew Nirav Modi are wanted for allegedly siphoning Rs. 13,500 crores from PNB.

Mehul Choksi took citizenship of Antigua and Barbuda in 2017 using the Citizenship by Investment programme, and fled India.

Recently, Choksi, fled from Antigua and Barbuda, and was captured in the neighbouring Dominica after an Interpol Yellow Notice was issued against him, for illegally entering the country.

Choksi has filed a plea of Habeas Corpus in the High Court of Dominica, which will be heard on June 2nd to determine whether his detention was legal.

The High Court of Dominica has ‘restrained’ the extradition process until further hearing on June 2nd.

After he was detained, Antigua has refused to take him back.

The Prime Minister of Antigua, Gaston Brown has confirmed that a private jet from India arrived at the Douglas-Charles Airport in Dominica.

The private jet contained documents from Indian Courts to prove that he is a fugitive.
The Prime Minister of Antigua has also confirmed that the governments have started talks regarding his repatriation or extradition to India.