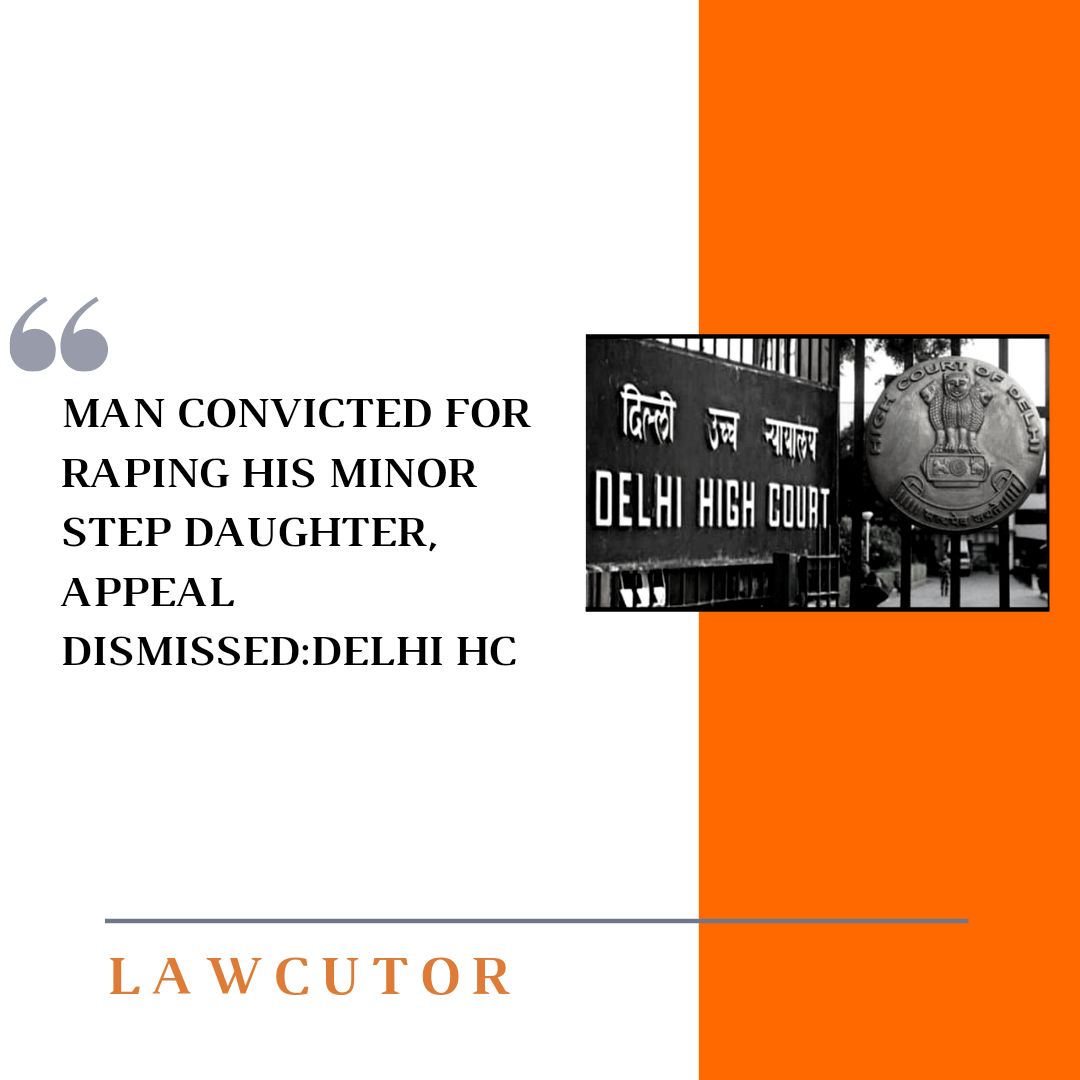 The appeal filed by the accused, who raped his minor step daughter, was dismissed by the Delhi High Court on the ground that the testimony of the minor victim is a reliable and trustworthy evidence and is admissible also.

This observation was made in the case of Sunil Kumar V. State of NCT of Delhi.

The court also marked that the victim doesn’t need to prove the allegations beyond reasonable doubt, but it’s the accused who has to rebut such presumption that all this is wrong and not true.

The appeal was dismissed by the single Judge bench of justice Manoj Kumar Ohiri. He ruled that the trial court order of conviction of 10 years rigours imprisonment is valid. And also ordered Delhi State Legal Authority, to provide the victim a sum of Rs. 2 lakhs within 2 months in accordance with the Delhi Victim Compensation Scheme, 2015 which is also being approved by the Central Government.

The appeal was filed on the contention that there was the absence of the male semen on the pyjama of the girl.child victim.

But the court while dismissing the plea held that the statement of the eye witness is sufficient to prove the offence of rape.