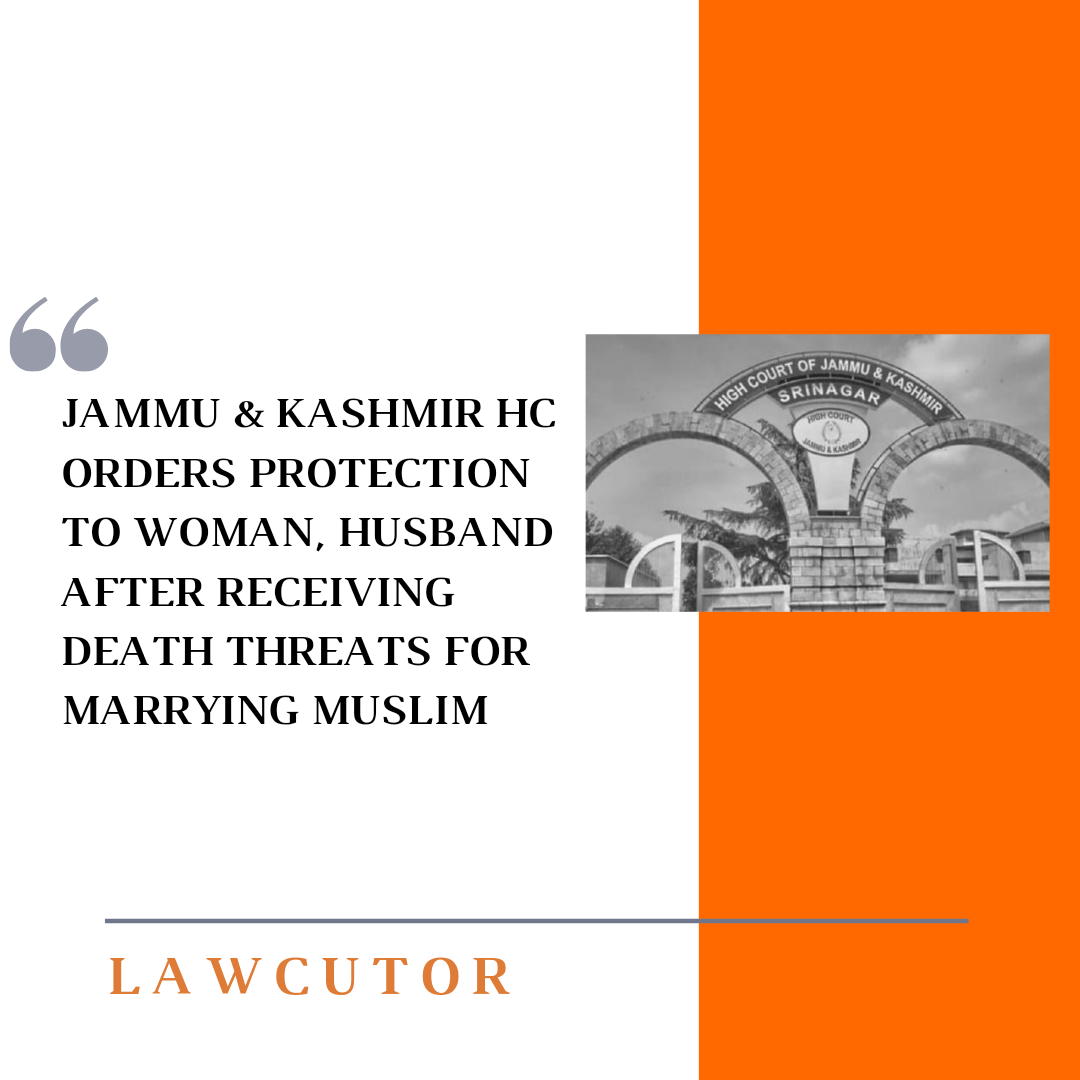 On Thursday, the Jammu and Kashmir High Court ordered that a woman and her husband be given adequate protection, after she claimed that they were receiving death threats from her family members for embracing Islam and marrying a Muslim.

The court issued directions to ensure that the petitioners are not harassed, kidnapped, attacked or caused any harm by the private respondents or by anyone and shall be allowed to live their married life the way they like as they are protected under Constitution of India.

The woman pleaded that she had embraced Islam on her own volition and adopting a Muslim name, Khadeeja.

Subsequently, the woman’s family started threatening her and her husband as soon as they got the knowledge of the conversion.

The petitioner contended that they had approached the police for their protection but no action was taken prompting them to move the Court.

Further it was also pointed out that a case was registered against the petitioners at Police Station Satwar at the instance of the parents of the woman.

Additionally, the court ordered the SHO of Police Station Satwari, Jammu not to take any coercive steps against the petitioners in pursuance of any case registered against them.