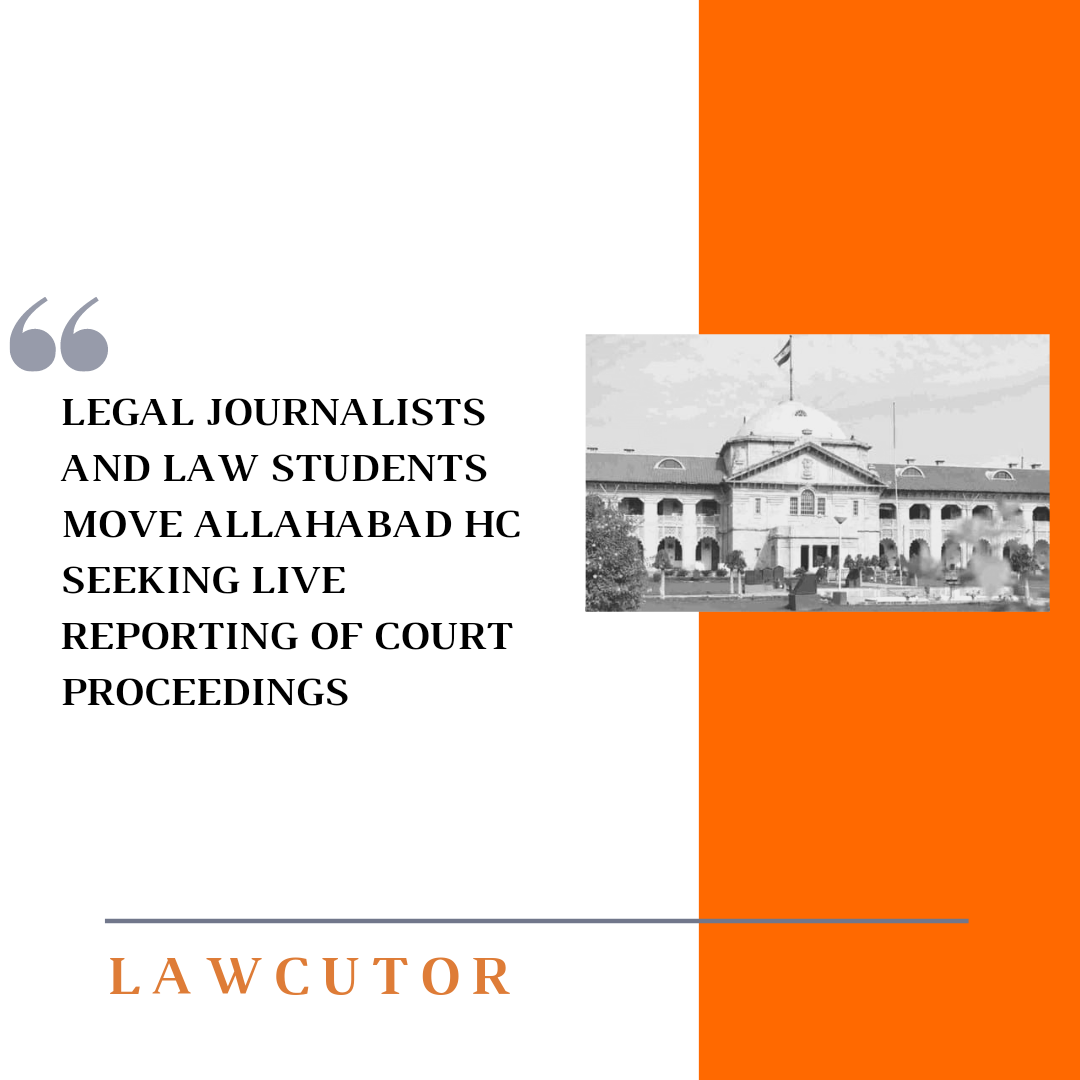 A PIL has been filed before the Allahabad high couture asking permission for live steaming of court proceedings in the state of Uttar Pradesh which also include the subordinate courts and the high courts.

The petition says “ The fundamental right to freedom of press, of the petitioners as journalists is well settled to gain access to live streaming or physical hearings and report the same”.

The petitioners has urged the Allahabad high court for establishment of media rooms within the court premises and to ensure that people including journalists and law Student are able to view the proceedings.