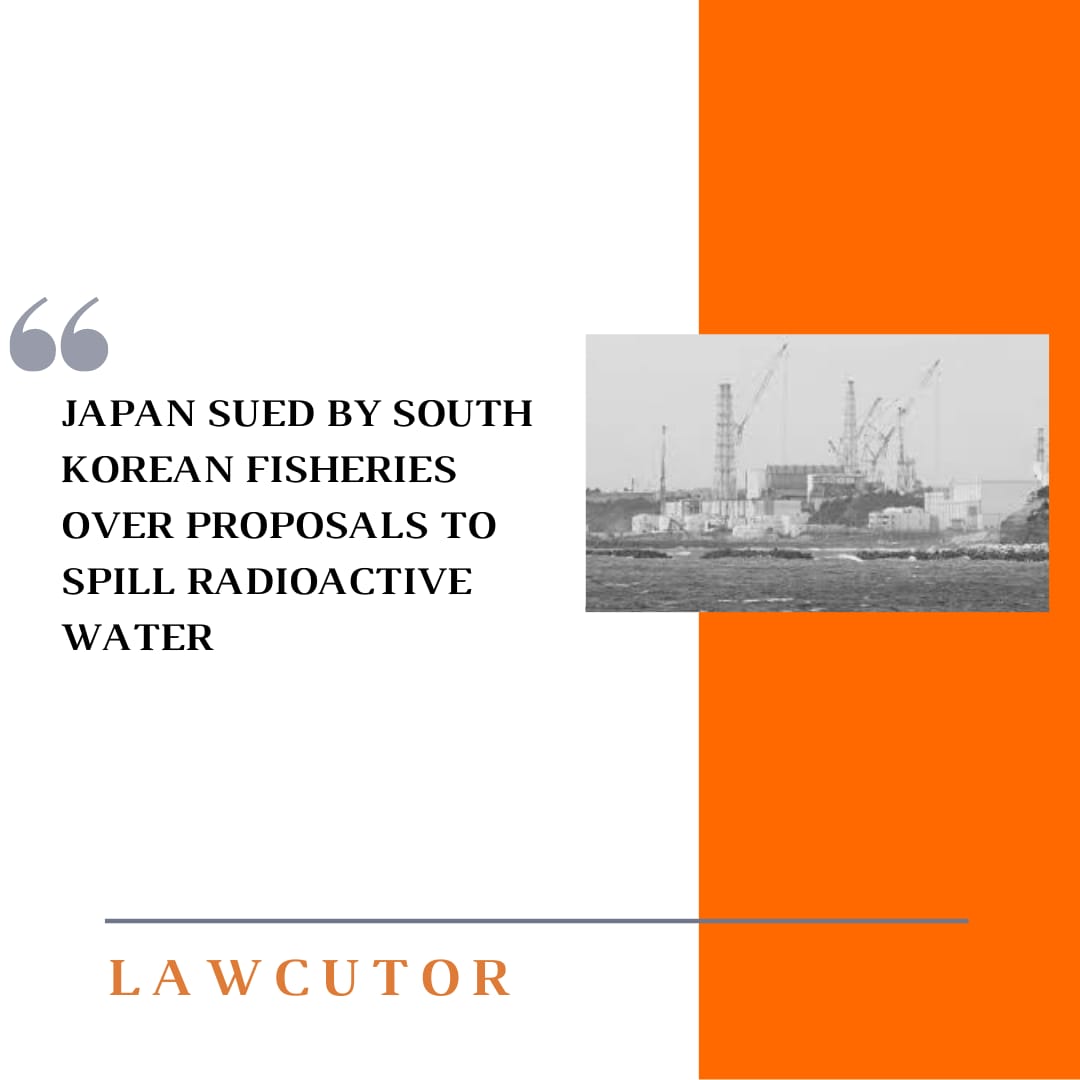 On Thursday, a consortium of South Korean fisheries filed a complaint against the Japanese government over plans to dump contaminated wastewater from the Fukushima nuclear power plant into the sea. After the cooling systems failed due to a 2011 earthquake and tsunami, three of the plant’s nuclear reactors melted down.

Almost 160,000 people were forced to flee their homes as a result of the explosions.In the aftermath of the disaster, more than a million tonnes of water have been polluted. Except for traces of tritium, which is supposedly only toxic to humans in large amounts, the wastewater is purified to eliminate most of the radioactive elements.

The treated water is then stored on-site in large tanks. However, according to Tokyo Electric Power, the plant’s operator, these storage facilities are projected to hit capacity by 2022. (TEPCO).Despite opposition from the fishing industry and conservation organisations, TEPCO and the Japanese government announced plans to release the diluted and treated wastewater into the ocean in April.

South Korean, Taiwanese, Chinese, and Japanese industry groups have expressed concern that the emissions will hurt marine life and stigmatise the region’s goods. If the polluted water is released, the fisheries seek damages of 10 million won every day, or $8,850 USD, to compensate for a 50% decrease in sales revenue.

The lawsuit’s outcome is unclear, however, as many believe the Japanese government will be covered by sovereign immunity. Attempts to hold people accountable in the past have also failed. In 2019, three former TEPCO executives were found not guilty of criminal negligence.