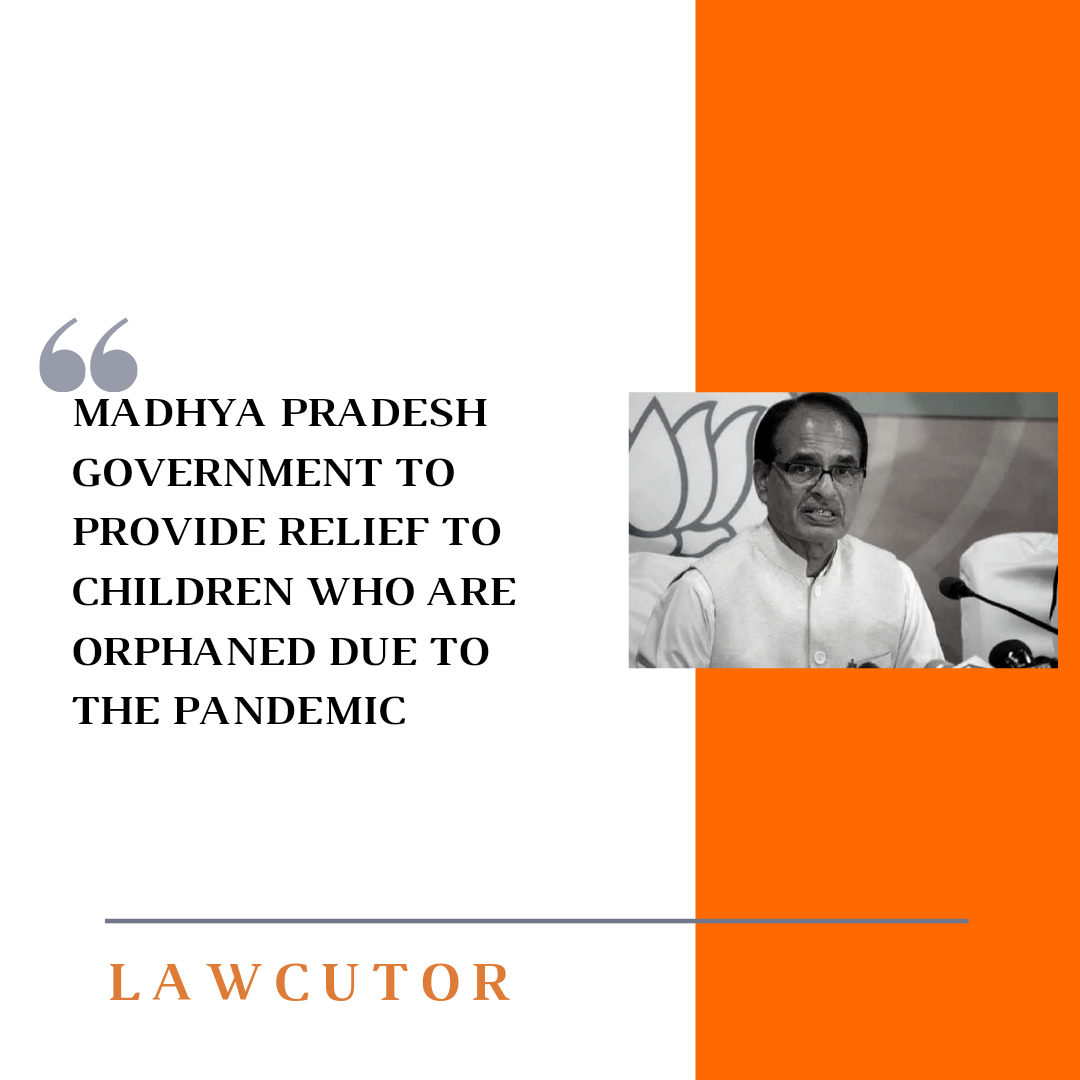 On Thursday, the Chief Minister of Madhya Pradesh, Shivraj Singh Chouhan, released a statement to the media.

The Chief Minister stated that the Government will provide free education and a pension of ₹5000 per month to children who lost their parents or guardians due to Covid19.

It was stated that “these children are the children of the State” and the Government will look after them.The Government would also stand as a guarantor for availing interest free loans to start business.

Further, it was stated that the Government would also provide for free ration to these children even if they are not eligible for it.The Government also promised to take responsibility of aged people who lost their families in the pandemic.

The Home Minister, Narottam Mishra, claimed that Madhya Pradesh is the first State in India to start a scheme for children and aged people who lost their families in the pandemic.