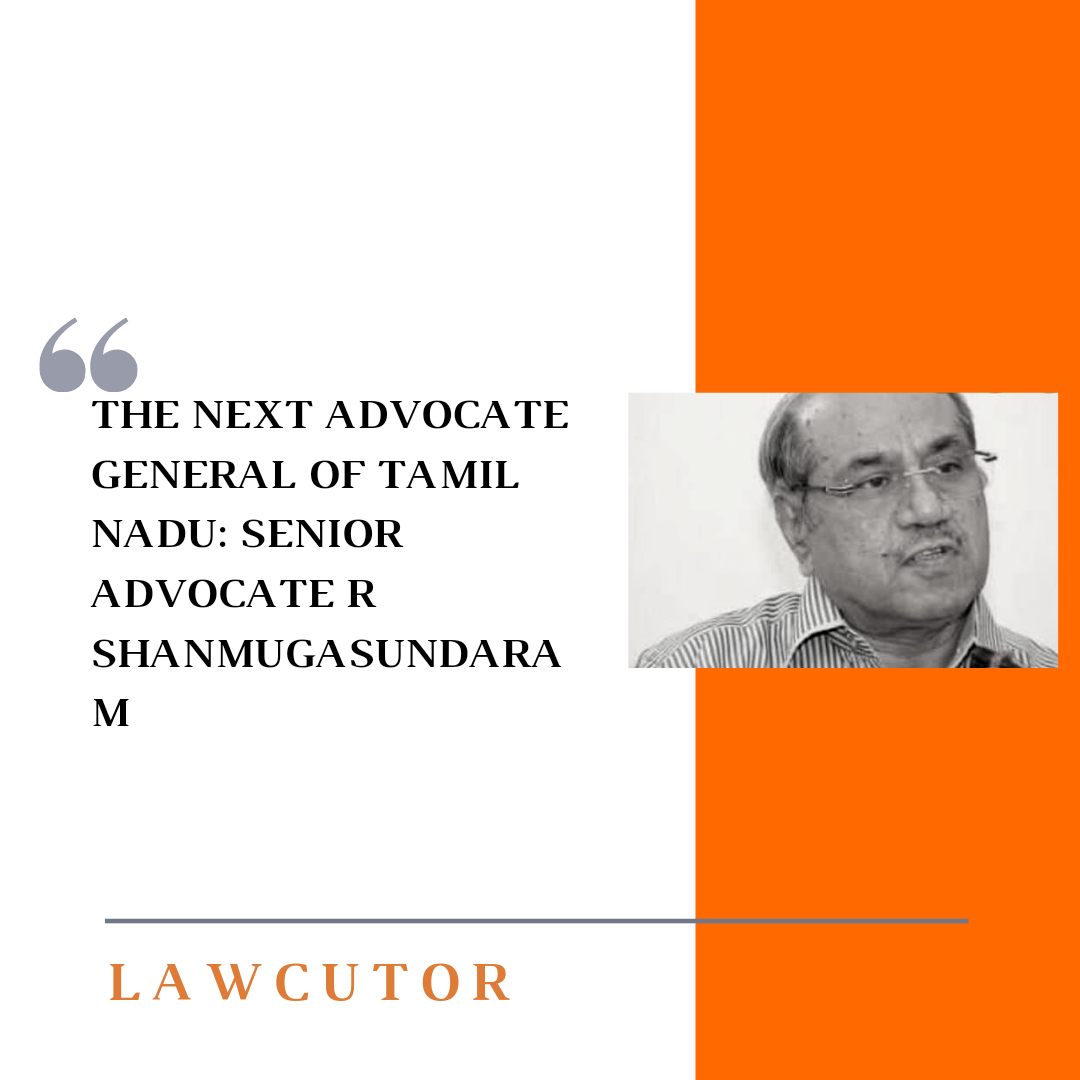 The DMK’s former Rajya Sabha member and designated senior advocate, R Shanmugasundaram is the new advocate-general of Tamil Nadu. The veteran prosecutor had served as state public prosecutor from 1996 to 2001. This is the first of a series of appointment of law officers to be made in Tamil Nadu in coming weeks, to represent the newly elected DMK government before the high court, other courts and tribunals.

The development comes after the DMK party led by MK Stalin formed new government in Tamil Nadu pursuant to their success in the recently concluded Assembly elections.

Shanmugasundaram has given scores of lectures in judicial academy, colleges, universities and international conferences, in addition to papers in Commonwealth Law Conference in Hongkong.

He is also likely to make his first appearance as Tamil Nadu’s Advocate General on Monday before a Bench of Chief Justice Sanjib Banerjee and Justice Senthilkumar Ramamoorthy, which is expected to take up the suo motu case registered to monitor COVID-19 management in Tamil Nadu and Puducherry.