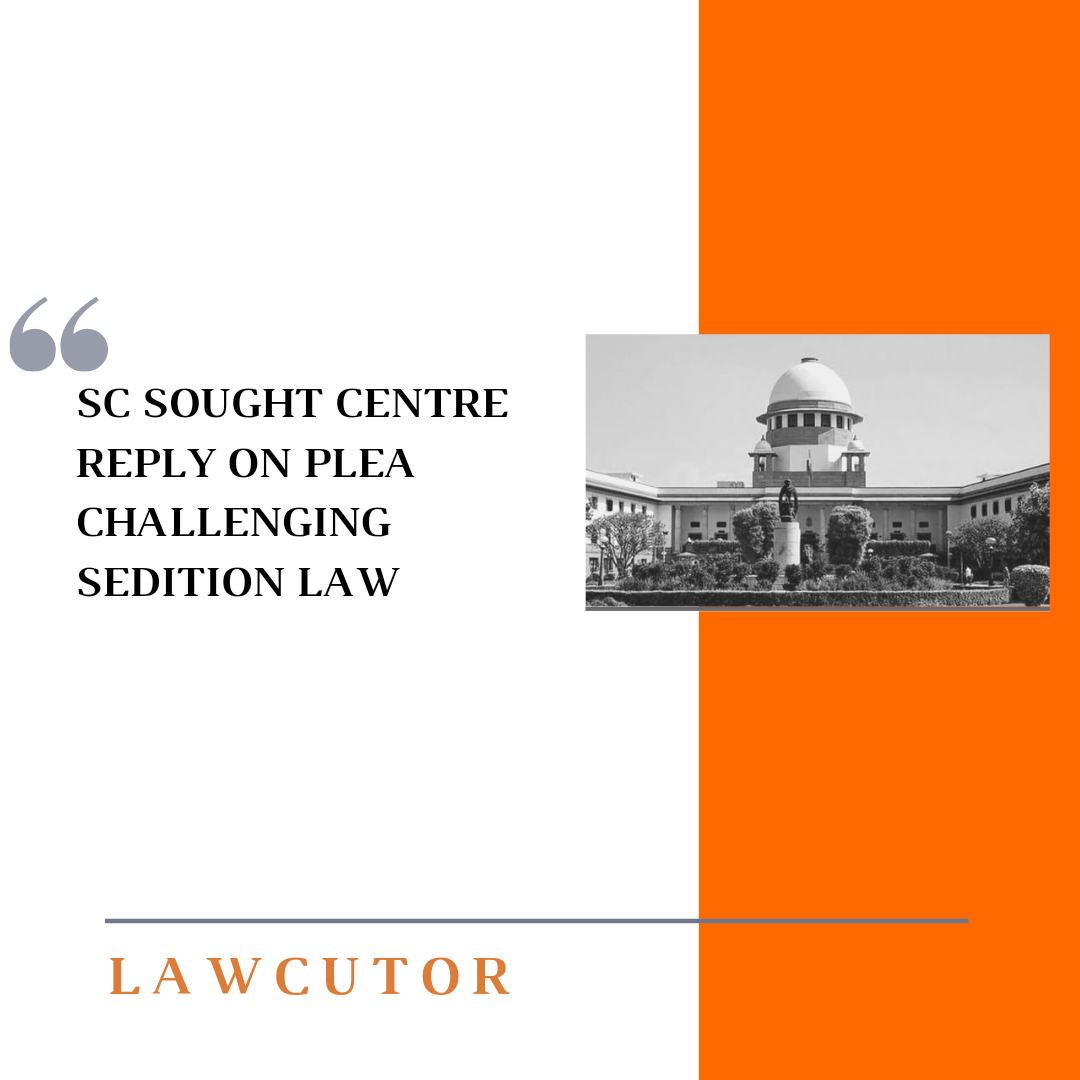 Notice issued to the Centre by the Supreme Court on Friday in a plea which seeks to challenge the constitutional validity of section-124-A of the Indian Penal Code that penalises sedition.

The response from centre was sought by the bench comprising of justice U U Lalit, Indra Banerjee and K M Joseph.

The plea was filed by two journalist KishoreChandra of Manipur and Kanhaiya Lal Shukla of Chattisgarh.

According to the petitioners, they were charged with sedition because the were questioning the state and the centre government and shared comments and cartoons related to the government on social media platforms.

The petitioner stated that the constitutional validity of the section was upheld in 1962 in the case of Kedar Nath Singh v. State of Bihar, and said that the Supreme Court judgement nearly six decades ago might have been correct at that time, but now it’s not so and it’s unconstitutional.

However, a plea, in February, was dismissed which challenged the Constitutional validity of the sedition law.