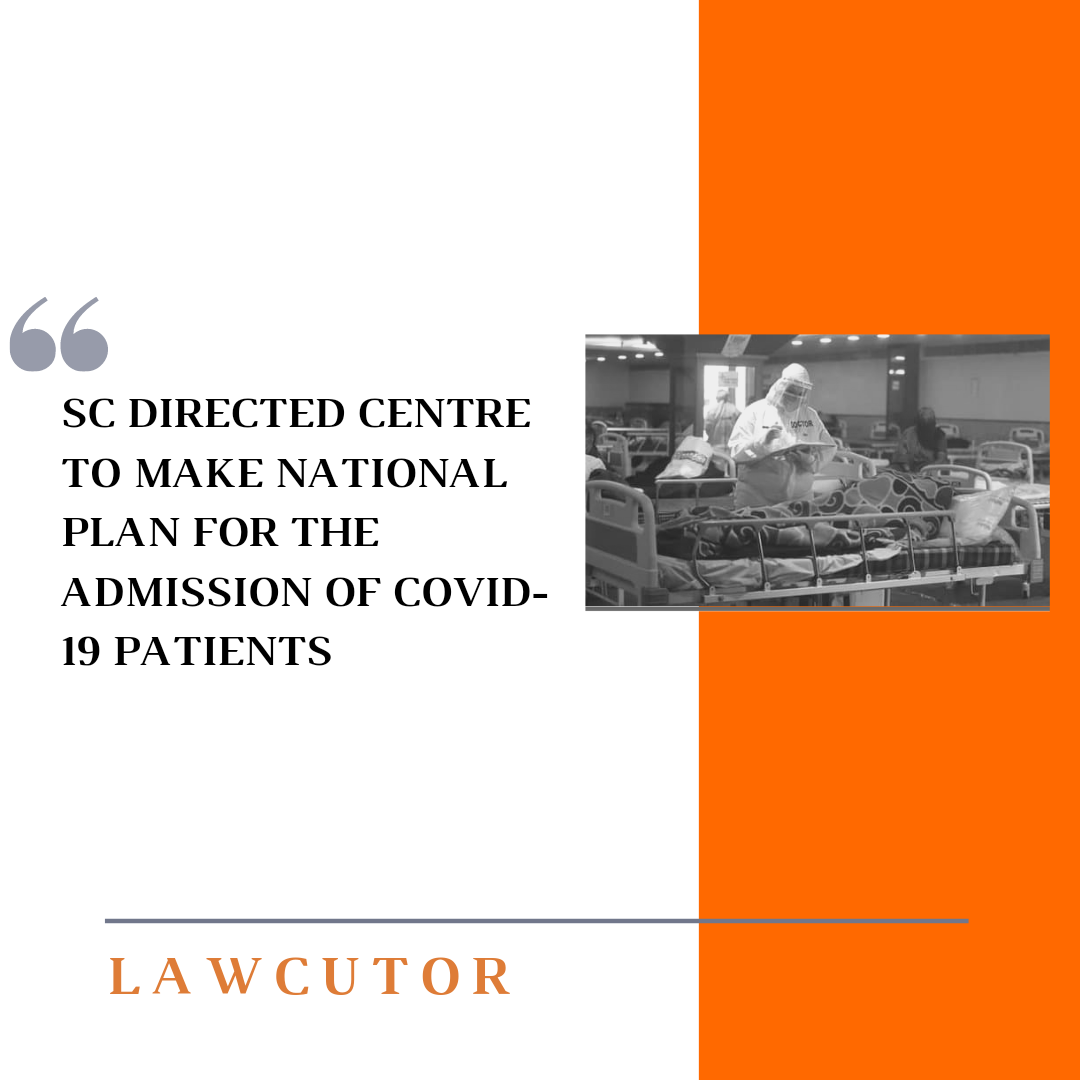 The Supreme Court on Friday directed the Centre to make a National Plan, which must consist of uniform rules for the admission of COVID-19 patients to hospitals across the country.

The bench of Justice D.Y. Chandrachud, Justice L. Nageswara Rao and Justice S. Ravindra Bhat hrard a plea that hospitals situated in Gurugram were denying patients from outside the region to give access to medical facilities.

The plea stated that hospitals located in Noida and Gurugram have made it mandatory to produce Aadhaar cards with a local Noida or Gurugram address, as the case may be, for being eligible to be admitted to hospitals in these two cities.

The same practice has, apparently, been extended for access to medical supplies. The plea said that this has resulted in the violation of fundamental rights under Articles 14, 19 and 21 of the Constitution.

“All such rules of denying the admission to the hospital on the basis of inter-state residents and coming by ambulance from the 108 number, are ridiculous in nature,” the bench remarked.

The plea wanted the court to give a direction that medical help be provided to citizens irrespective of their domicile and/ or place of residence as shown in their Aadhaar cards.

The plea stated that on April 21 the State of Haryana, Gurugram published a notification that, “all private hospitals will make efforts to admit the patients, subject to availability of beds, who are residents of District Gurugram.”