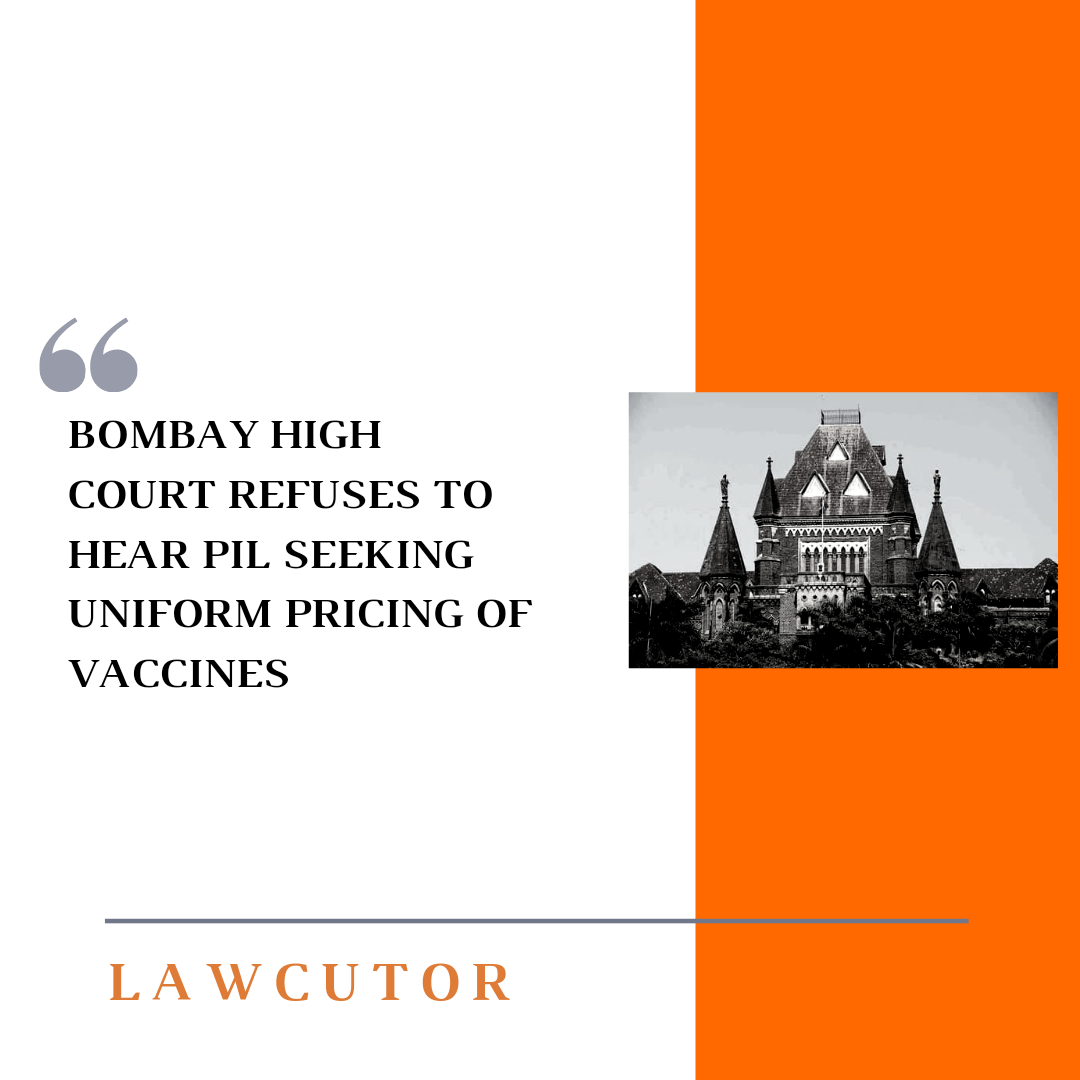 The public interest litigation (PIL) was filed by a Mumbai-based Advocate Fayzan Khan and three law students who challenged the different rates of COVID-19 vaccines for the Centre and State governments.

The petition further stated that price control should be initiated by the Centre in order to prevent any kind of looting and blackmailing during the pandemic.The petition was heard in front of a Division Bench of the Bombay High Court consisting of Chief Justice Dipankar Datta and Justice G.S. Kulkarni.

The Bench stated that the pricing of COVID-19 vaccines is an issue which concerns the whole nation, therefore, the petitioners should approach the Supreme Court.

It was further stated that this petition cannot be entertained in the High Court, as the Supreme Court is taking cognisance over issues which affect pan-India.