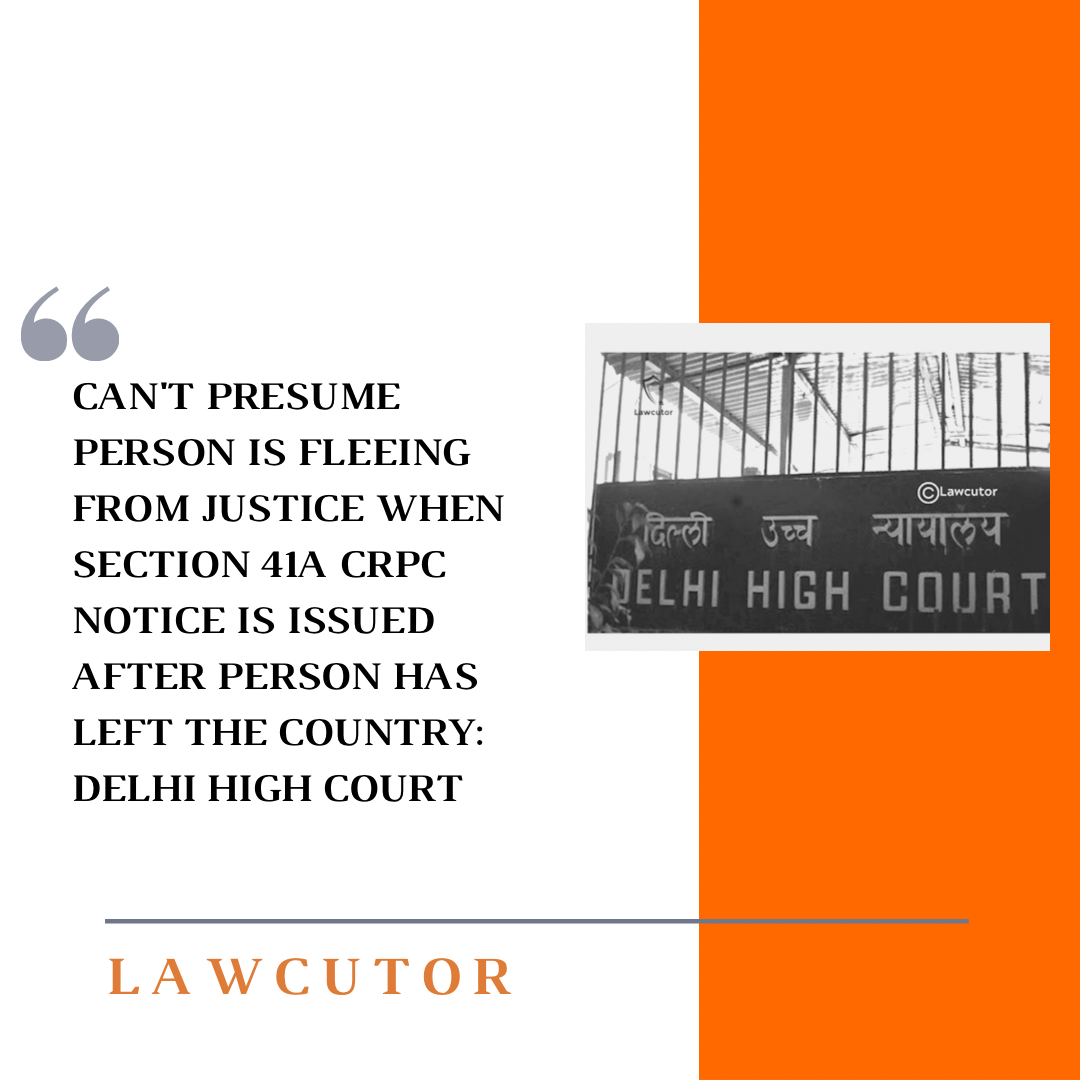 The Delhi High Court in a recent order has held that when a notice of appearance is issued under Section 41A of the Code of Criminal Procedure before police officer after the person has already left the country, then it cannot be presumed that the person is fleeing from justice and evading the process of law.

This order was passed by a single judge Bench of Justice Anu Malhotra while dealing with a petition which challenged the cancellation of non-bailable warrants issued against the petitioner in relation to an FIR filed against him by the Economic Offences Wing of the Delhi Police.

Before approaching the High Court, the petitioner in the said case moved to trial court for the cancellation of non-bailable warrants and for avoiding the process given under Section 482 CrPC. However, his request was not taken into consideration by the court.

The State mentioned in its petition that the petitioner could not invoke the provisions of the said section and that the appropriate remedy available was to seek an anticipatory bail. It was additionally argued by the state that the petitioner left the country one day after the EOW complaint was filed against him and that it was false premise made by the petitioner that he could not return because of the pandemic.

The petitioner argued that he repeatedly made requests to join the investigation of the case through video conference since he was in France and could return only after getting vaccinated.

It was additionally pointed out that the investigating agency claimed that he was evasive and sought his physical presence on the ground that it was not possible to take subsequent action against him through video conference. The petitioner stated that this was against his right pf silence against self-incrimination.

Considering that the petitioner undertook to join the investigation and that there was no prohibition to travel back from France to India presently, the Court directed him to appear before the investigating officer at EOW Office on April 30.

The Court further directed that the non-bailable warrant be kept in suspension for the time being. The court ordered the petitioner to join the investigation virtually for the meantime.