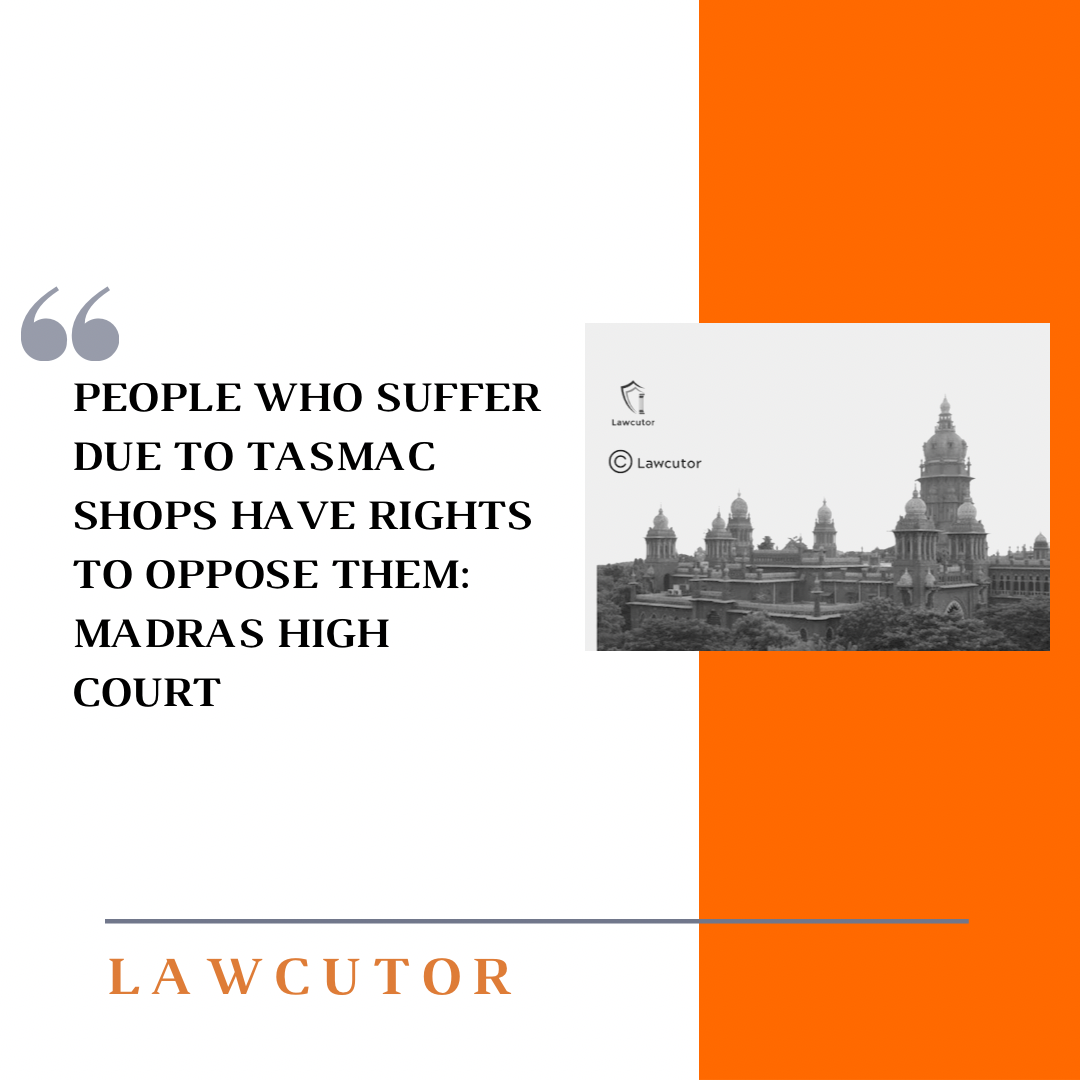 The Madras High Court recently proposed that people who suffer because of the establishment of TASMAC shops are entitled to oppose them.

Justice N Anand Venkatesh while quashing  FIR by applying Section 95 of the Indian Penal Code which exempts acts causing slight harm from criminal liability made the above observation.

The Judge also suggested that the State can establish TASMAC shops as a matter of policy. However, the people have equal rights to oppose the same.

The present case involved ten women who were accused of pelting stones at an IMFL outlet in protest over its location. The Court noted that the opposition came from women who were suffering because of their alcoholic husbands and had objected to the shop’s location.

The High Court had to interfere in the matter when one, Jayakumar, submitted that he was charged as an accused in this case only because he happened to be at the scene when the incident occurred. Thus, he requested the Court to quash the complaint against him.

The Court took particular note over the speed with which the complaint was registered and investigated, as well as the State’s decision to view the TASMAC salesmen as public servants in order to charge the accused with an additional offence.

The Court ultimately proposed that the FIR against should be quashed in respect of all the accused in view of Section 95 of the IPC.

Thus, the FIR against the accused were quashed.