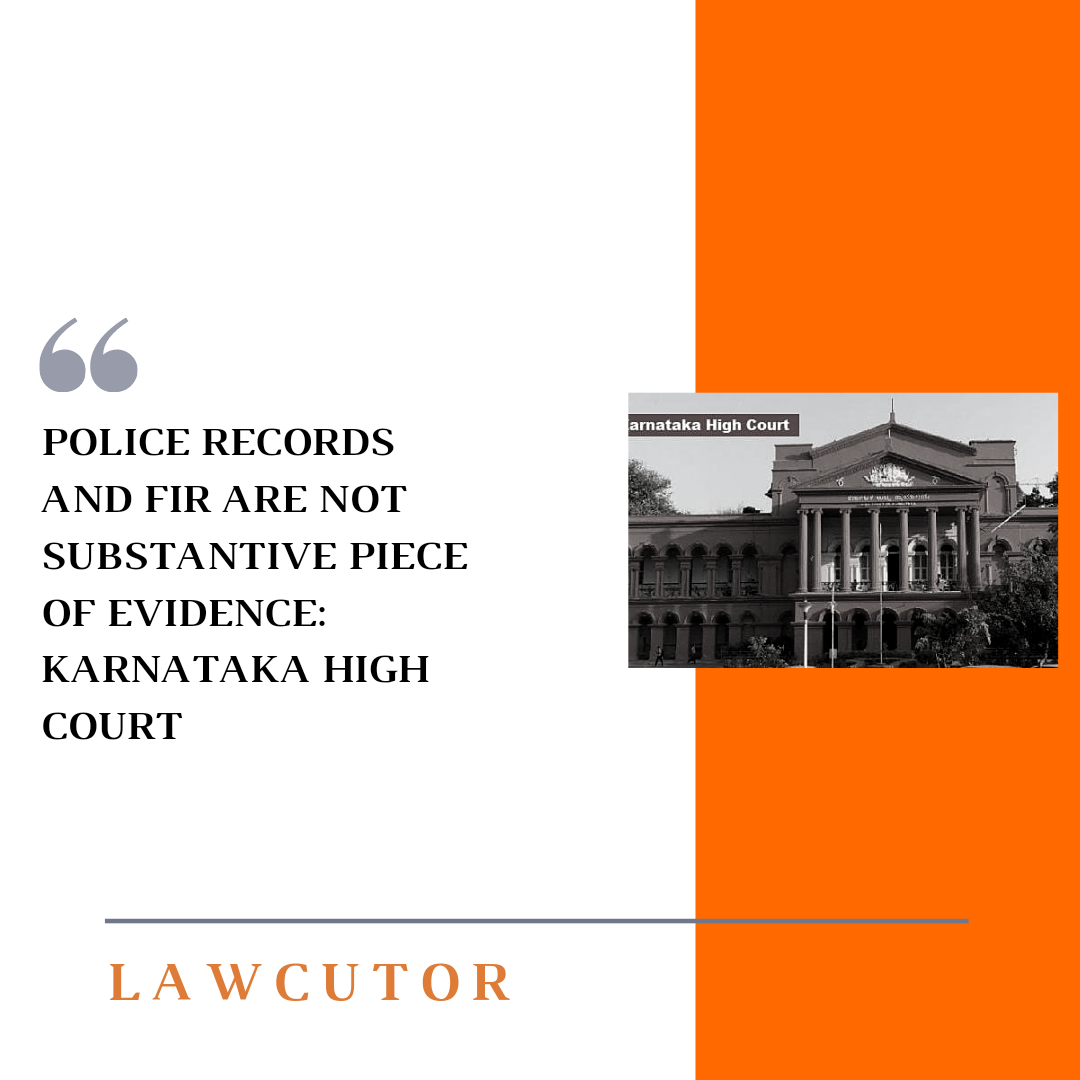 The High Court of Karnataka held that the records maintained by the police during investigation cannot be considered as substantive evidence.This decision was given in case where appellant was struck by a motorcycle while walking on road. As a result,he suffered a permanent disability and thus granted compensation.

The claimant filed appeal seeking for enhancement of compensation, while the Insurance Company is challenging the award of the Tribunal on the ground that there was no motor vehicle accident.The court made reference to the Supreme Court judgement in Baldev Singh & Another V. State of Punjab, wherein the following observations were made, “FIR is not a substantive piece of evidence, it is only relevant in judging the veracity of prosecution case and the value to be attached to it depends on the facts of each case.

Only the essential or broad picture need be stated in the FIR and all minute details need not be mentioned therein. It is not a verbatim summary of the prosecution case.”The Karnataka court observed, “In this view of the matter, it is clear that the records maintained by the Police during the course of their investigation cannot really be considered as substantive evidence and cannot be taken as proof the facts stated therein.

The reliance, therefore, placed upon by insurers on the documents which are essentially records of the prosecution cannot be a determinative factor or actual proof of the occurrence of the accident.”