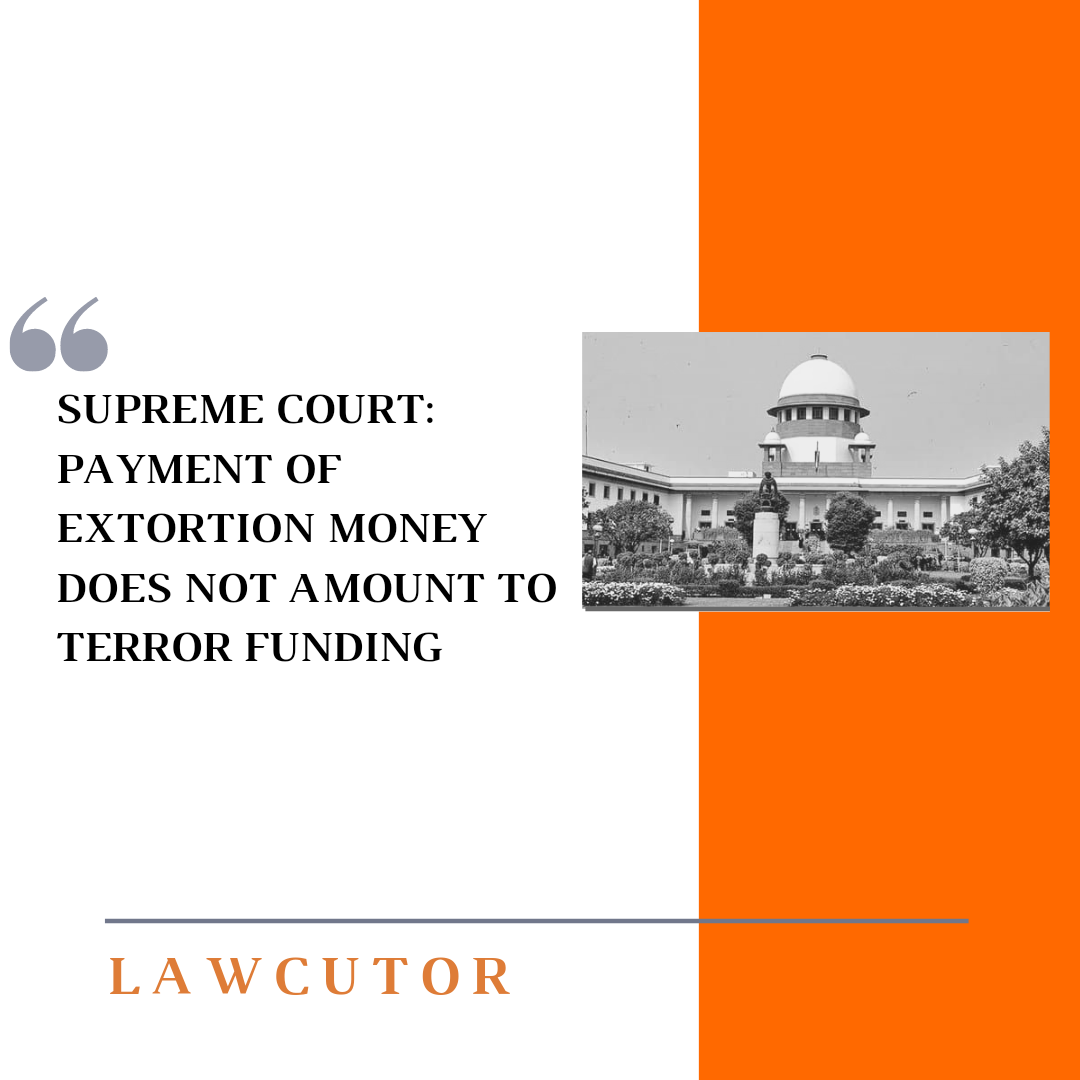 The accused is a Ranchi- based coal businessman. He was booked for offences under Unlawful Activities Prevention Act

His bail application was rejected by a Special Judge NIA, Ranchi. The application was also dismissed by the High Court as it was found that he was paying extortion money which amounted to the funding a terror gang, Tritiya Prastuti Committee (TPC).

The present appeal was heard in the Supreme Court by a Bench consisting of Justice L Nageshwar Rao and Justice S.Ravindra Bhat.

In the plea, the petitioner stated that he was not a part of TPC and not funding the terror group.
He further stated that the amount paid to TPC was for ensuring the smooth functioning of his business and he could not transport coal without meeting the needs of TPC.

The Bench observed that as per Section 43 (5) D, the Court is bound to examine the entire material on record for satisfying itself.

The Bench stated that the Court is not satisfied with the case of conspiracy and mere payment of extortion money does not amount to terror funding.

Therefore, the Court set aside the order of the High Court and directed to release the accused on bail.