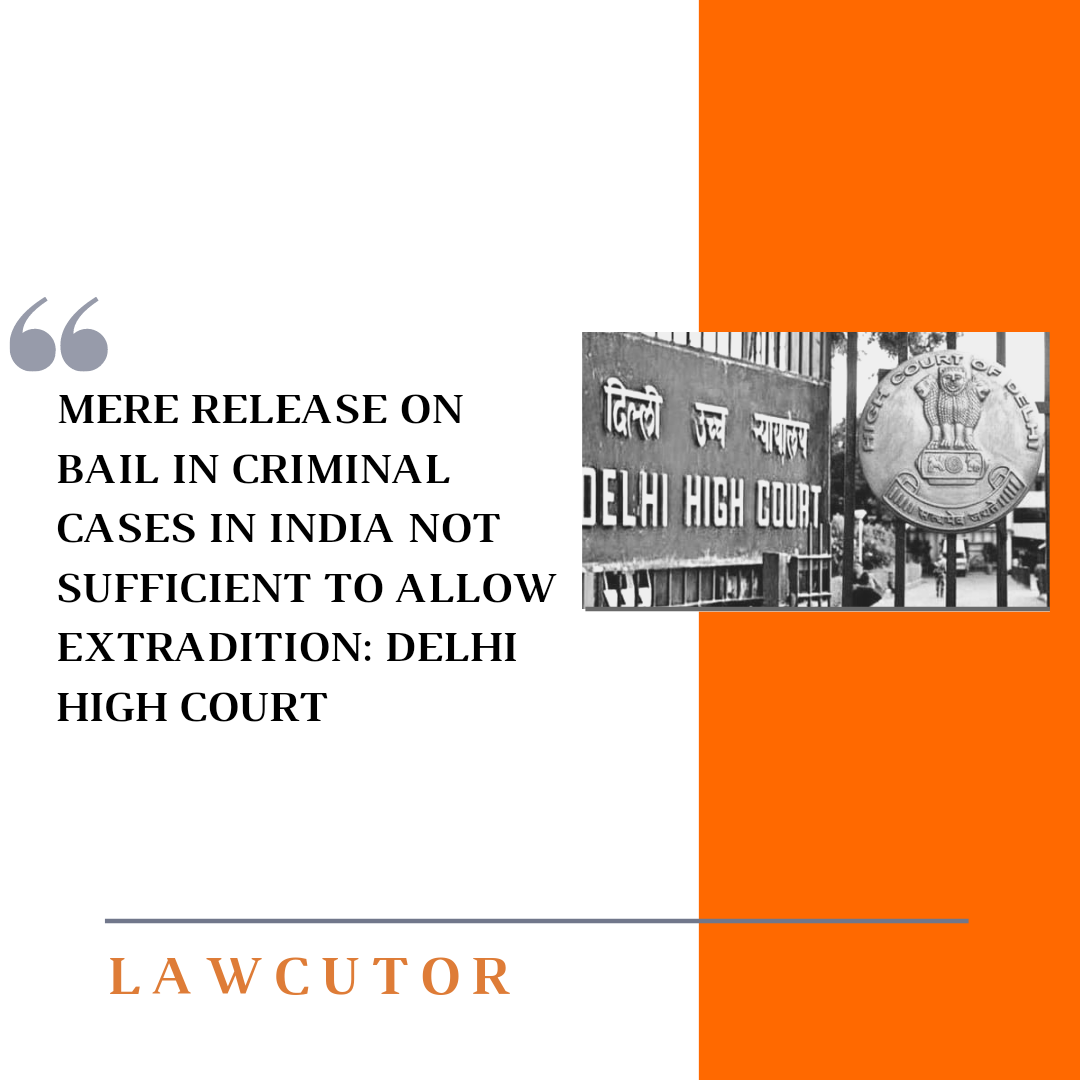 The Delhi High Court recently held in a case that a mere temporary release on bail of an accused person will not be enough to allow extradition of the person as long as he continues to be a suspect in criminal cases in India.

The judgment was passed by Justice Prathiba M Singh while add with the extradition plea of a Bulgarian national.

The petitioner requested the Central Government to take steps to speed up his extradition process. He further argued that when a person is allowed to be extradited upon an inquiry by the Additional Chief Metropolitan Magistrate, he is discharged immediately, unless sufficient cause exists to the contrary.

On the other hand, the Central government mentioned that unless and until the person has been granted a form of discharge, he cannot be discharged or allowed to travel in pursuance of the extradition order. The centre also informed that the Petitioner was involved in three FIRs in the State of Goa even though on bail and the same were not concerned with the offence in extradition proceedings.

When the Court was analysing the Extradition Treaty between the Republic of India and Republic of Bulgaria, it noted that an extradition request had to be processed by the Indian government regardless of any pendency of any other criminal proceedings here. It added that once the extradition was granted, the surrender could be postponed until the criminal proceedings in India are completed.

The Court observed that under the present circumstances, the result would be to temporarily extradite the person to the requesting state, subject to certain conditions and a mutual agreement between the Government of India and the Republic of Bulgaria.

Applying the law and considering that the pendency of three FIRs was not disputed, the Court stated that it was clear that the criminal proceedings against him had not concluded and he had not been conclusively discharged, and could thus not be permitted to be extradited.

Thus, the petition was dismissed.