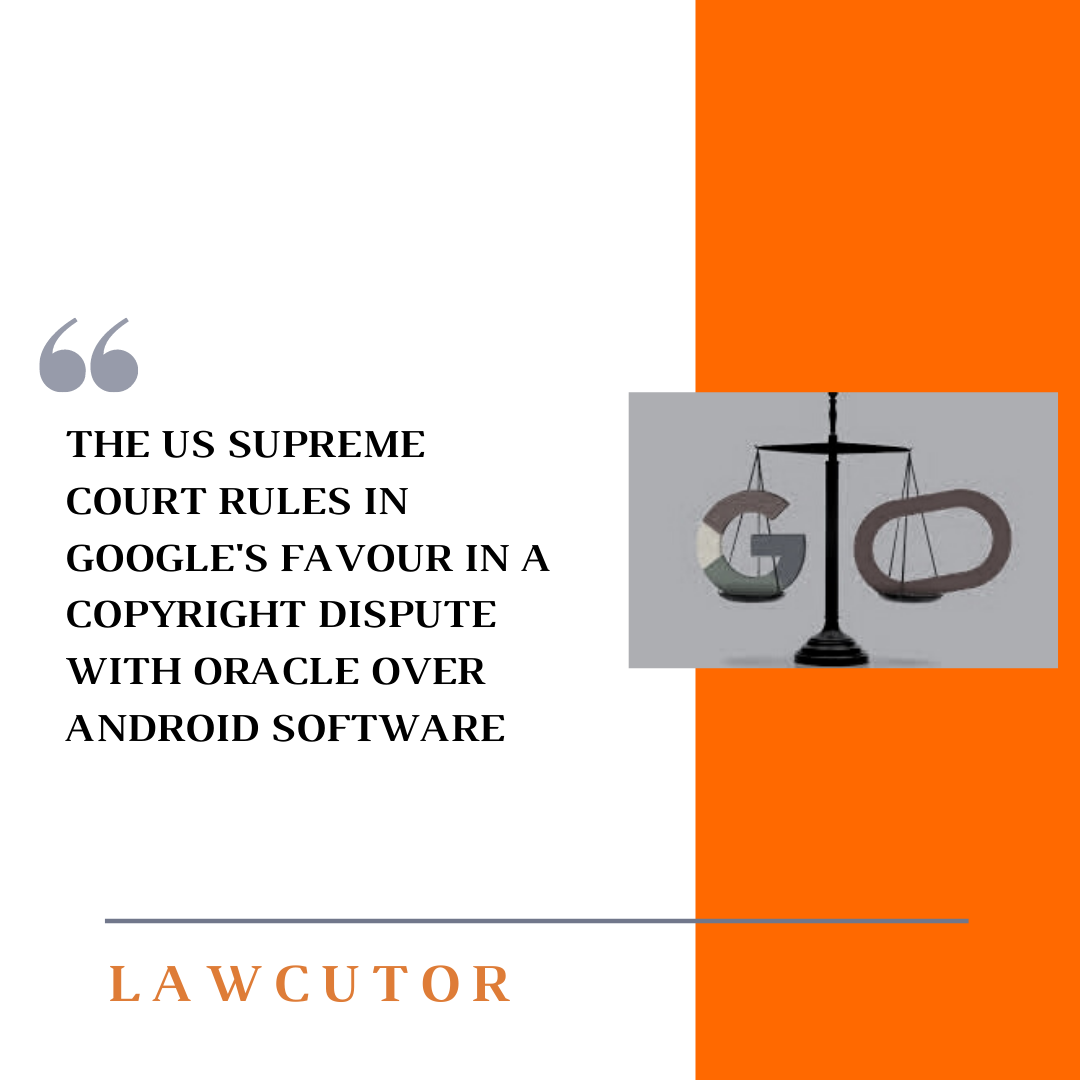 The US Supreme Court ruled in favour of Google over Oracle in a long-running copyright dispute involving the software used in the Android mobile operating system.

The decision was reached by a 6-2 vote of the court. Justice Amy Coney Barrett, who had not yet been confirmed by the Senate at the time the case was argued in October, did not take part in the proceedings.

The case involved approximately 12,000 lines of code copied from the Java application programming interface developed by Sun Microsystems, which Oracle acquired in 2010. It was regarded as a watershed moment in the debate over which types of computer code are protected under American copyright law.

Oracle claimed to be owed up to $9 billion at one point, while Google claimed that its use of the code was protected by the doctrine of fair use and thus not subject to copyright liability. Android is the world’s most popular mobile operating system.Oracle sued Google for using its code and won twice before the specialised United States Court of Appeals for the Federal Circuit, which ruled that the code in question was copyrightable and that Google’s use of it was not protected by fair use.

The Supreme Court overturned the appeals court’s decision, but did not decide whether the code in question was copyrightable. The majority opinion in the case, written by Justice Stephen Breyer, agreed that Google’s use of the code was protected under fair use, noting that Google took “only what was necessary to allow users to put their accrued talents to work in a new and transformative programme.” “To the extent that Google used parts of the Sun Java API to create a new platform that programmers could easily use, its use was consistent with that creative ‘progress’ that is the basic constitutional goal of copyright itself,” Breyer added. Breyer stated that the Supreme Court assumed “for argument’s sake” that the code was copyrightable in the first place, but declined to rule on the issue.

In his dissent, which was joined by Alito, Thomas chastised the majority for ignoring the issue of copyrightability.

The case, which was one of the most important of the term, featured a high-profile battle over competing visions of the future of software development.