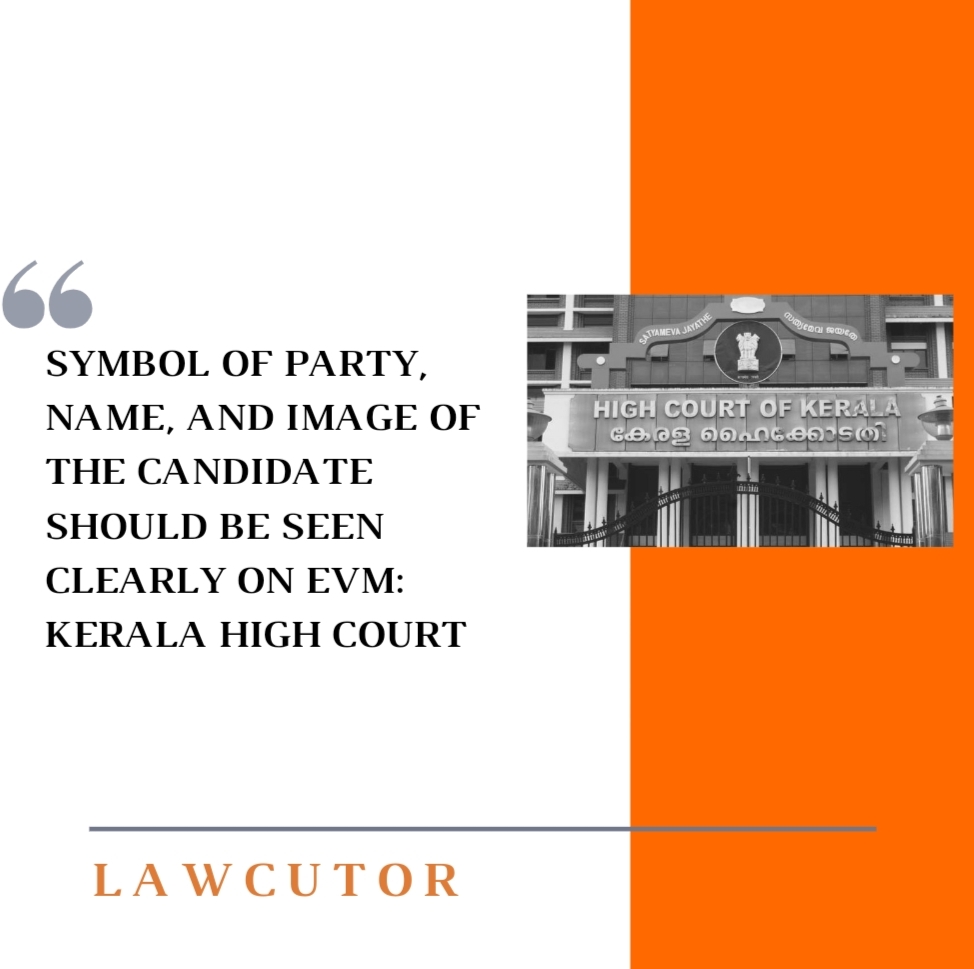 The bench of Justice N. Nagaresh mentioned that voters must be able to see the name, image, and emblem of all contestants with adequate clarity in order to vote. This is necessary for a free and fair election to take place.

He emphasized the importance of clear symbols/photographs in the electoral process, saying that only then can people know for whom they are polling and to which party they relate, which is also essential for the overall stability of a free democracy. How can our democracy be defined as strong and prosperous, or how can it ever function properly, if polls really aren’t free and fair?”

A petition from a registered but unrecognized political party was heard by the Court. The party alleged that the names, portraits, and symbols of its contestants in the Kothamangalam, Thrikkakkara, and Vypin Assembly Seats weren’t really clearly visible in the EVMs that would be used in the Kerala Legislative Assembly elections on April 6, 2021.

The party asked the Election Commission for guidance to confirm that the party’s logos were as visible on the EVMs as that of other parties.

The Court ruled that it was dismissing the petition by ordering the Commission to determine that the names, photographs, and symbols of the petitioner-candidates Party’s are adequately transparent so that voters can make a simple and informed decision.