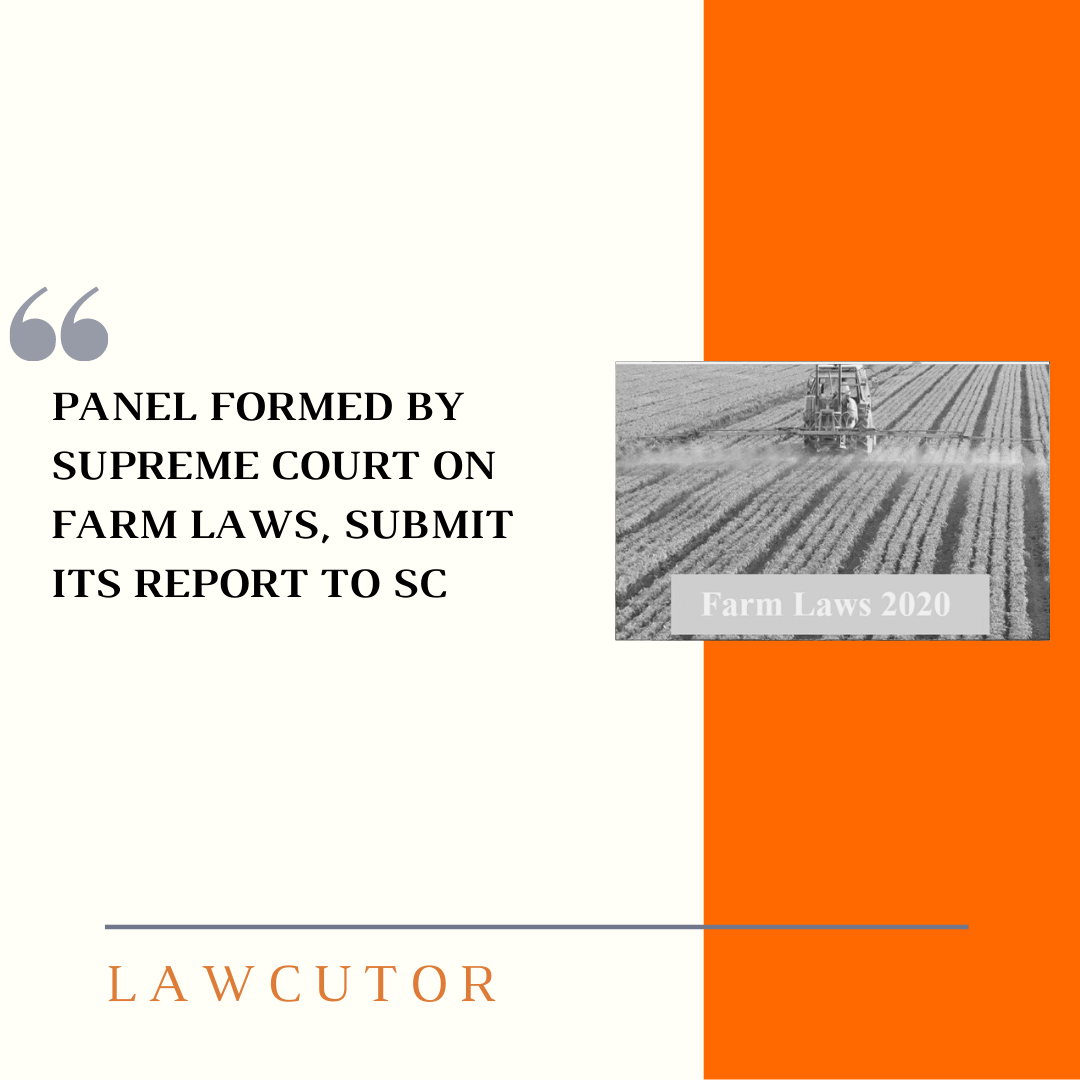 The Supreme Court actually created the committee as a four-member committee on January 11, with farmer representative Bhupinder Singh Mann withdrawing his name.The committee was established by the Supreme Court in order for the court to receive an impartial perspective on the three agricultural laws.

The court had requested the panel’s opinion about which parts of the three agricultural laws are beneficial to farmers and which sections may cause problems for them.This committee is opposed by protesting farmers’ groups.

They said that its representatives have already expressed support for the contested agricultural laws.