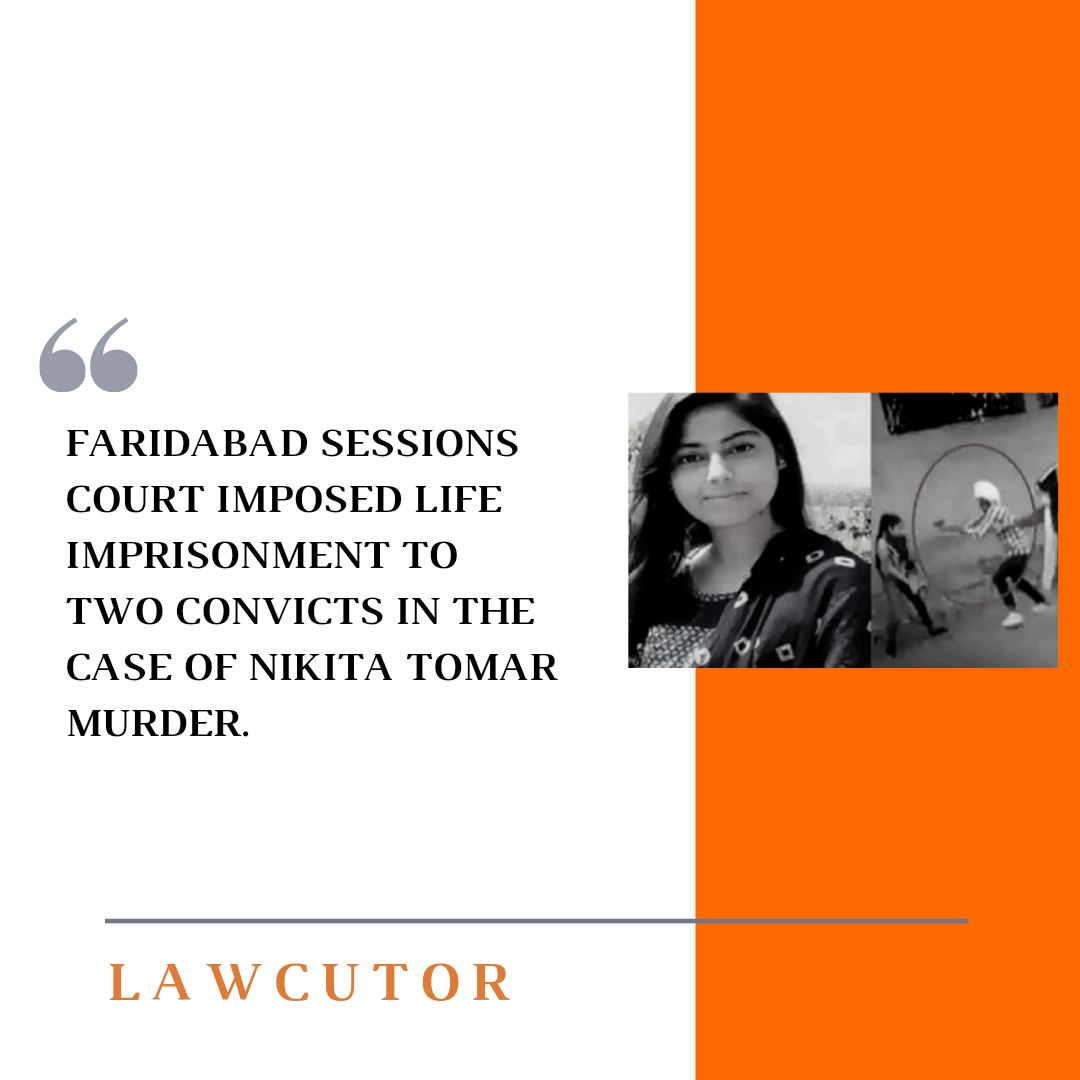 The bench consisted of Judge Sartaj Baswana, the additional session judge. The convicts were found to be in connection with kidnap and murder of Nikita Tomar.The primary accused Tausif was convicted under IPC and arms act. But the co-accused Reehan was only convicted under IPC. Arjudeen, the 3rd accused was acquitted by the court.

He had supplied weapons to the other accused for killing the deceased.Nikita Tomar was shot dead on October 26, 2020.

She was killed by her own schoolmate. The whole incident was recorded in the CCTV present in the place of occurrence.

The FIR was registered under these sections Sec. 25(1), 54 and 59 of Arms Act and under Indian Penal code:

2. Section 364 – kidnapping or abducting in order to murder

3.Section 366 – kidnapping or abducting in order to marry

A special team was formed for investigation and a charge sheet was filed.

Order of second inquiry against Param Bir Singh, ordered by Maharashtra Government
"Anger against husband spilled over to children:" Bombay High Court
Social Media Internship Program @lawcutor
"We are ashamed of f ourselves for being a part of the Nasty Society: Bomabay HC"
The German Court rejects the EU pandemic recovery fund's legal challenge
Principle of Non-Refoulement can prima facie be read within the ambit of Article 21 of the Constitution: Manipur HC
Artificial Intelligence should align with our constitutional morality-justice SA Bobde
Govt should not hesitate to invoke compulsory licensing of drugs under Patent Act: Delhi High Court
The Delhi High Court has ordered the Centre to find an urgent solution to the oxygen shortage and has held the supplier in contempt.
My Tweets