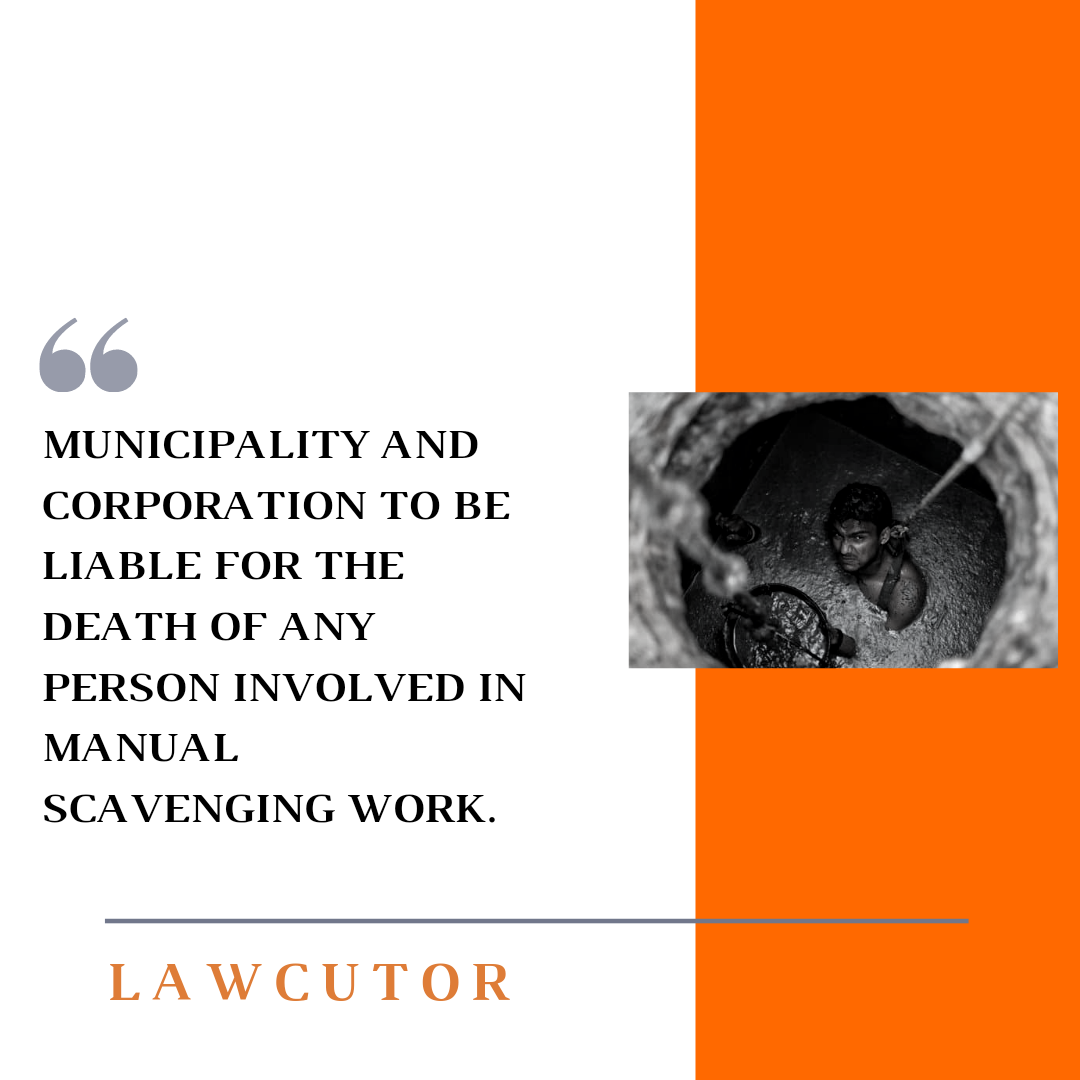 The bench directed few authorities to list out the steps taken to stop the practice of manual scavenging. Those authorities were the Secretary of water supply and municipal administration.

On 10th March, the court wanted the list of manual scavenging work undertaken in different districts including the municipalities or the corporations respectively. But the data was not received by the court.

The State submitted that the list may take some time.The court observed that the municipal corporations look the other way and the problem has not been resolved, still people are sent down to pits for manual scavenging work.

Therefore, the court decided to make sure that the corporations should be made responsible for the death of any manual scavenging worker in their jurisdiction.

The head of the corporation like the commissioner or chairperson will be directly held liable and criminal charges will be imposed on them with immediate arrest.