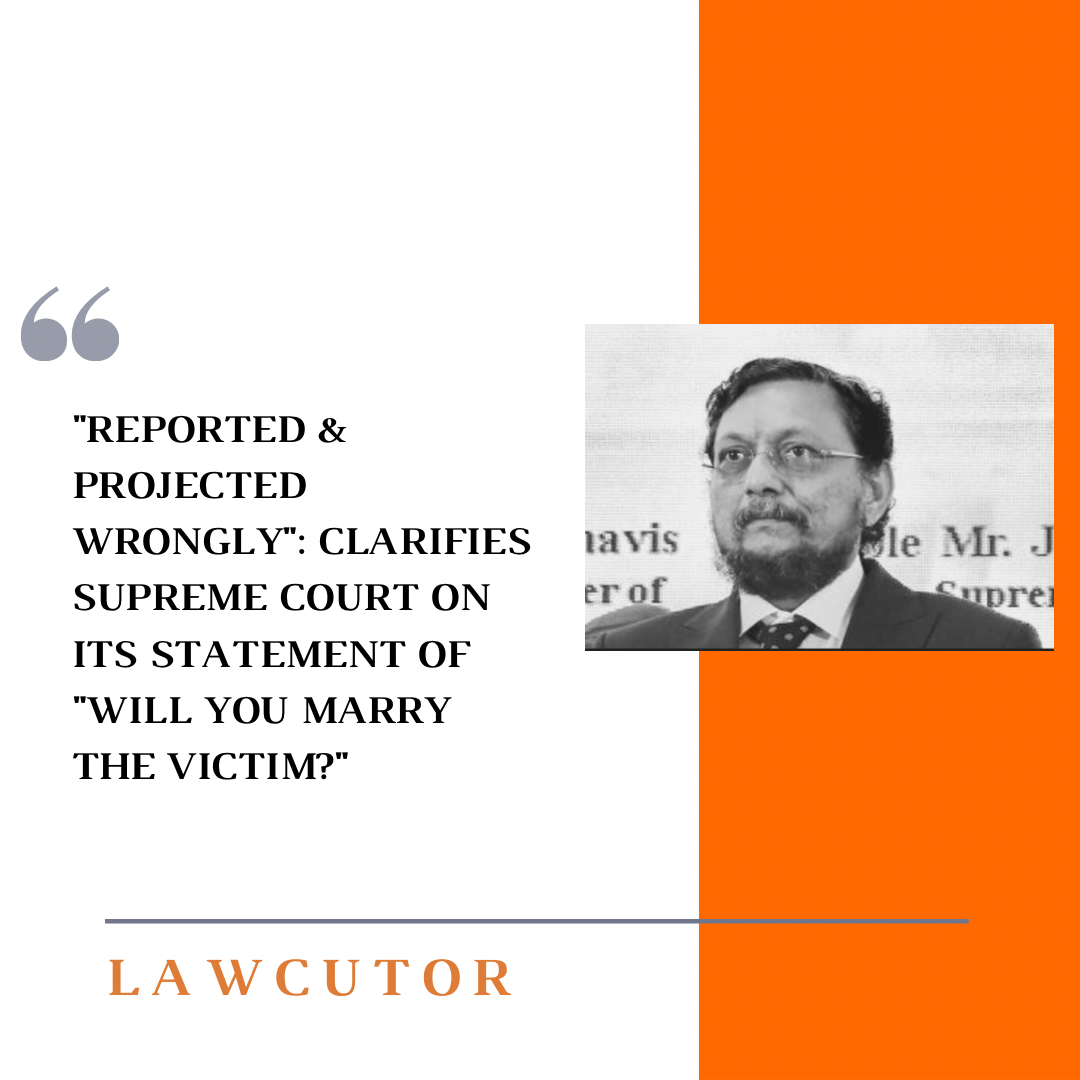 The Honourable Supreme Court of India today expressed its strong disagreement at the “complete misreporting” of last week’s hearing of a rape case in which it had purportedly asked a rape accused if he was going to marry the victim. The court has clarified that it had asked “Whether” the accused will marry? But the way in which the media houses reported the incident it is appearing as if the court “Ordered” the accused to marry victim which is not at all True. CJI Bobde reiterated that the Court has utmost respect for the womanhood and can never make any statement that disregards the sanctity of a Woman.

The Chief Justice also advised the Media Houses to not cross or misrepresent the context of any statement made by any responsible justice who is pure in his intentions in the Apex court of country.

These remarks were made by Chief Justice of India, which generated negative impression in the press for the top court. These statements were made last week in a case in which a government servant was accused of repeatedly raping a minor girl. And he was pleading to terminate the case as it may effect his job profile.
The issue raised during the hearing of an appeal against a verdict of the Aurangabad Bench of the Bombay High Court by which an order of the Sessions Court granting the petitioner anticipatory bail was set aside.

“Will you marry her?”

To this, the advocate replied,

“I will take instructions.”

You should have thought before seducing and raping the young girl. You knew you are a government servant,” was CJI Bobde’s response.

The Court then went on to stay the arrest of the petitioner, granting him interim protection for four weeks. In the meanwhile, the petitioner was asked to apply for regular bail