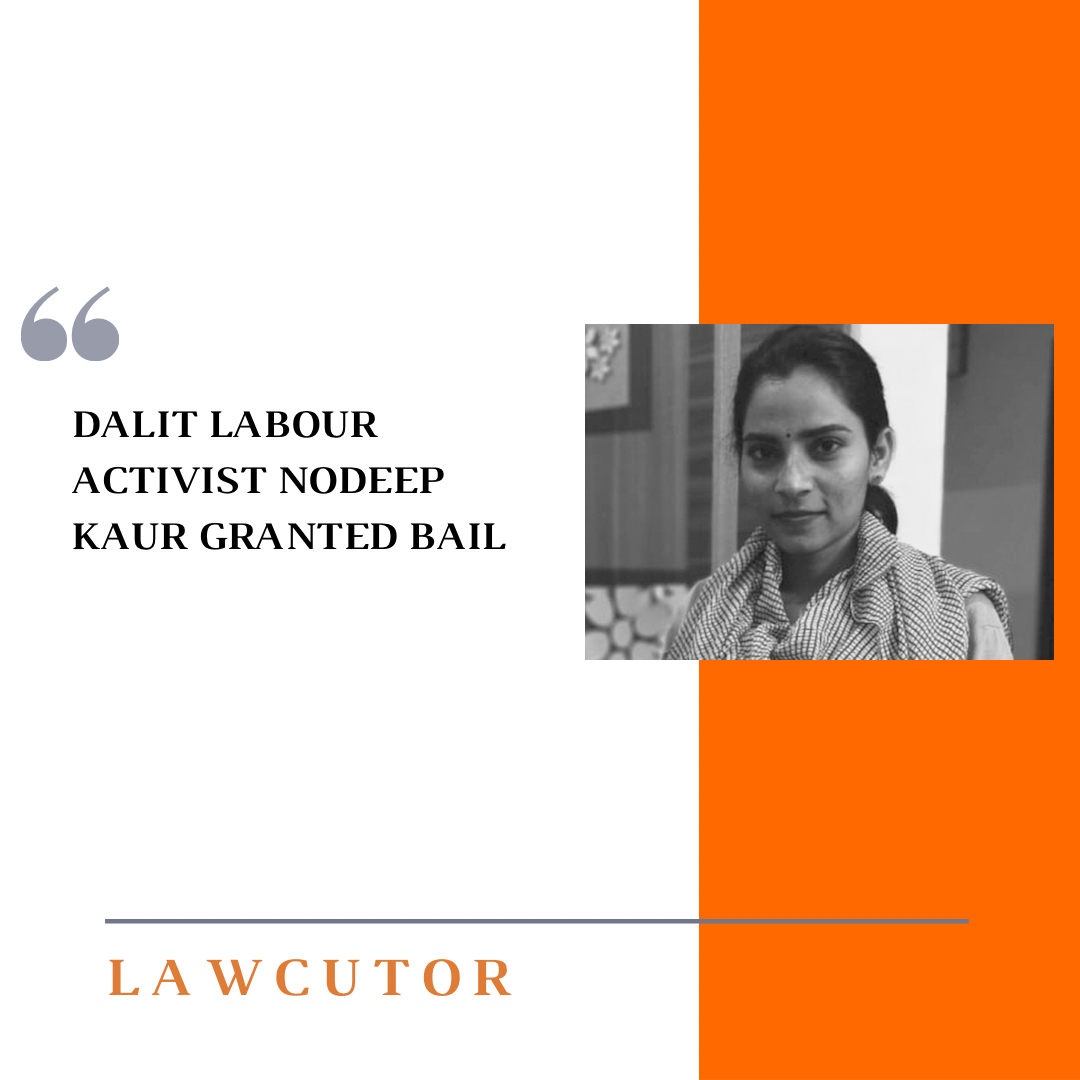 Dalit labour activist Nodeep Kaur has been granted bail Today by the Punjab and Haryana High Court. She was arrested under the charges of Section 307 (attempt to murder), Section 146 (rioting), and Section 353 (assault to deter a public servant from discharge of his duty) of the Indian Penal Code lodged upon her amid the ongoing Farmers Protest. She has been framed under the charges of Extortion twice before. This time she was protesting in the Kundli industrial area with twenty others, demanding wages. Clashes with the police ensued thereafter and led to her immediate arrest.

Her bail order has been decided by Justice Avneesh Jinghan on the grounds that nothing has been found to substantiate the charges of Murder levelled against her. However, a suo moto case has also been filed in the High Court that calls her arrest “Illegal Confinement”.