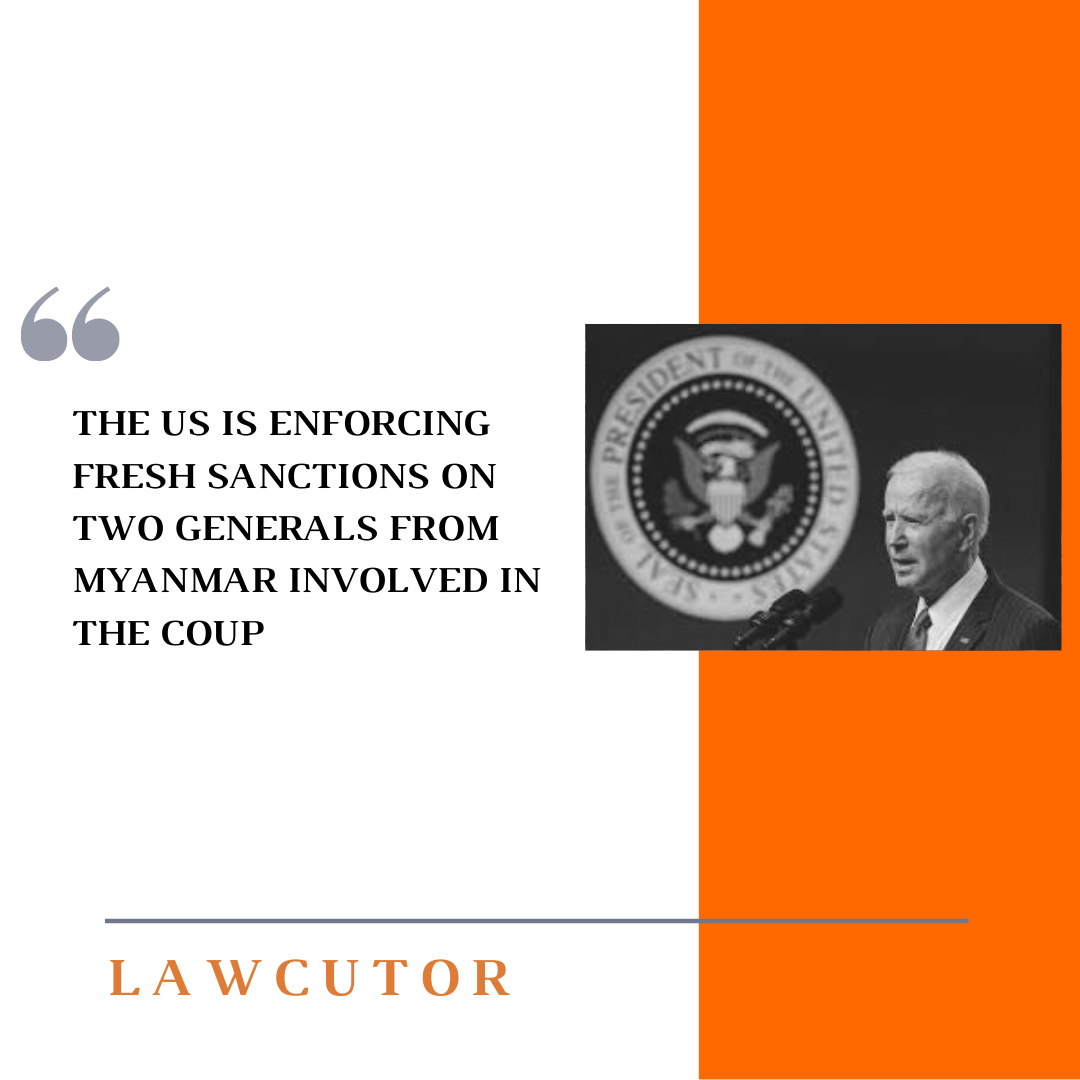 The US Treasury announced new sanctions on the two generals behind the recent Myanmar coup. Maung Maung Kyaw and Moe Myint Tun have been added to the Specially Named Nationals list of the Office of Foreign Assets Control (OFAC), which blocks their assets and forbids Americans from doing business with them. Carrie Lam, the Chief Executive of Hong Kong, and Fatou Bensouda, the Chief Prosecutor of the International Criminal Court, are also members of this list.

Both Maung Maung Kyaw and Moe Myint Tun are high-level generals who have been appointed to the State Administration Council, the administrative body of the junta. These sanctions are a continuation of Executive Order 14014, which President Joe Biden signed into force on 12 February. The executive order orders the treasury and state departments to classify and sanction those involved in the coup in Myanmar. As a result of the coup so far, 15 Myanmar individuals and institutions have been added to the SDN list, and the Treasury has announced that further action will take place unless the constitutionally elected Myanmar government is restored.

If an American person or company does business with an individual or entity on the SDN or other OFAC sanctions list, they could be liable for millions of dollars in criminal and civil fines, if convicted, in addition to ten to 30 years in jail. Compliance with OFAC may impact unexpected areas; the Myanmar coup sanctions include gemstone companies, and airlines and electronics companies have been included in previous Myanmar OFAC sanctions.