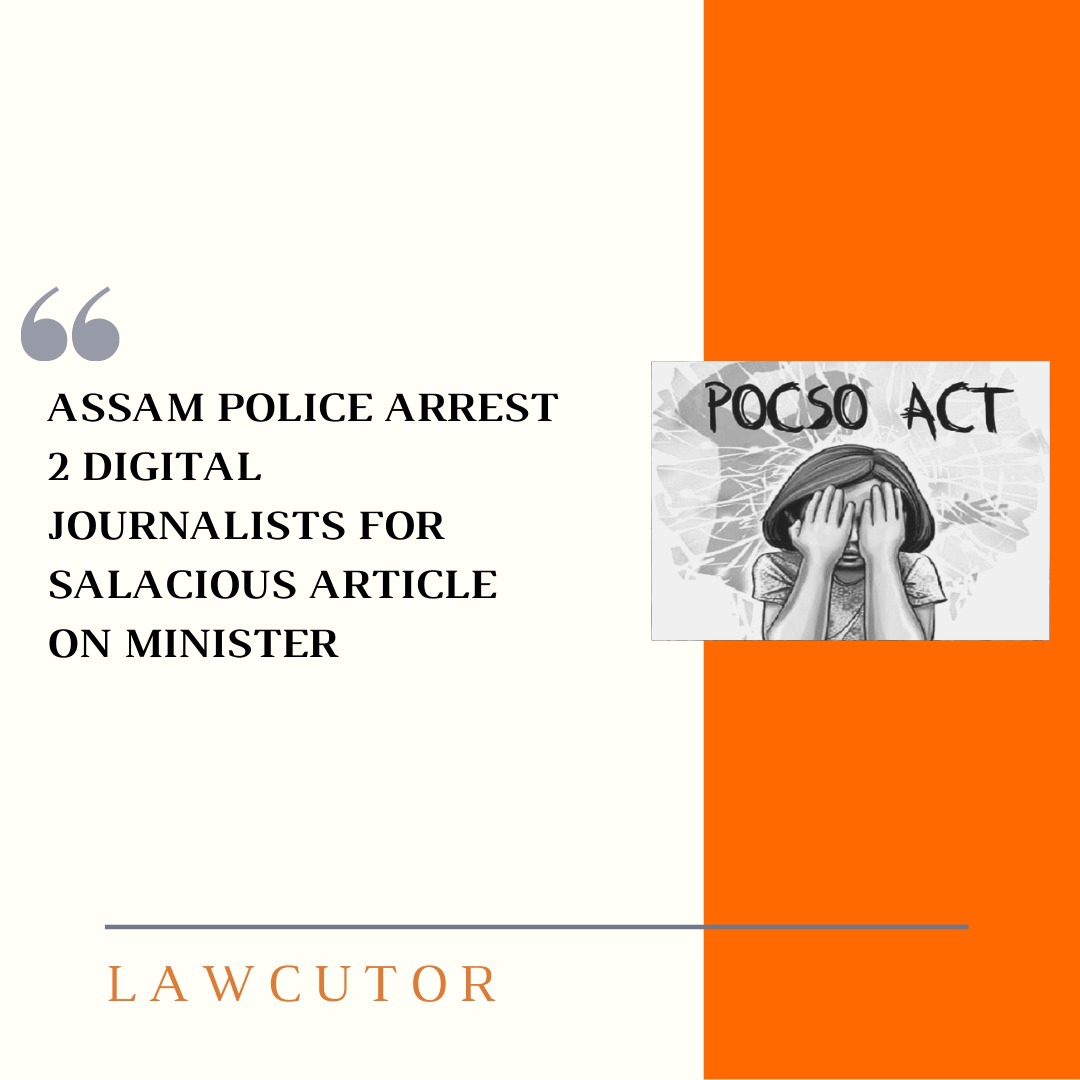 Police department of Guwahati have arrested two journalists of a digital news channel on charges of spreading rumors about senior minister of Assam Himanta Biswa sarma and his minor daughter.

Two other associated with two different platforms have been detained by the police for sharing the pictures with sensational comments and content. They are pulimuchahary of Bodoland digital and nang noyonmoni Gogoi of spotlight Assam.
Taufiquddin Ahmad, editor in chief of pratibimba Live news editor Iqbal were also arrested by the Dispur police in Guwahati on Wednesday and are being questioned to probe asking if there is any conspiracy behind such news.

GP Singh,ADGP (Law and order) tweets that case has been lodged under section 509 of IPC for insulting modesty of woman as well as section 14 to 21 of the POCSO Act. Action will be taken against all persons irrespective of their place of residence who use any social media platforms to maliciously use such platform for the conspiracy that has been created.

I am totally disturbed and outraged to see few interest groups writing the most charitable things on an affectionate photograph of an Assam cabinet minister and his minor daughter, write child rights activist Miguel Das on Facebook.