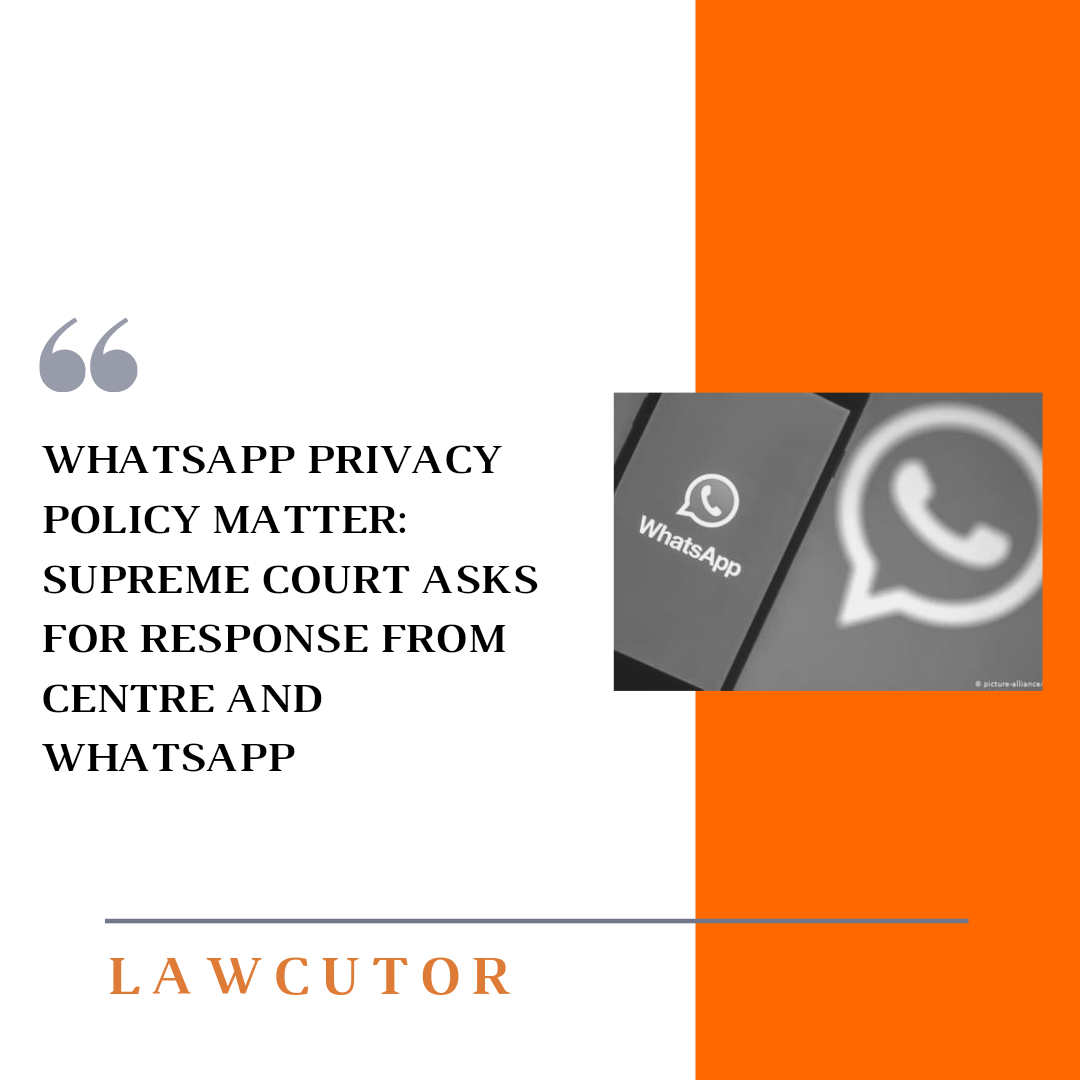 A bench comprising of CJI SA Bobde, AS Bopanna, and V Ramasubramanian, stated that while the tech giant could be a corporation with vast resources, users value their privacy more than money.

The appeal by two college students – Karmanya Singh Sareen and Shreya Sethi – was filed before the Constitution bench in their pending case where the 2016 consumer policy of Whatsapp was questioned.

Subsequently, on 4 January 2021, WhatsApp revised its consumer policy, to the extent that the petitioners filed this latest affidavit before the Supreme Court on 5 January 2021.

The US is Enforcing Fresh Sanctions on Two Generals from Myanmar Involved in the Coup.
No extra chance to civil service aspirants:SC
Calcutta High Court held that dismissal of a person from a job position solely based on disability is violation of rights.
Man returns home after inter-caste marriage, stabbed to death by girl's family
Motera stadium renamed narendra Modi stadium as president Ram Nath Kovind inaugurates the venue
Married woman's heirs on her parental side not strangers for the purposes of succession under Hindu Succession Act: Supreme Court
Denying the right to choose one's life partner is violative of FR: Himachal Pradesh High Court
Unless manufacturer's knowledge is proved, decision fastening liability upon manufacturer would be untenable
Simply because a person does not agree with state policies cannot be imprisoned: Delhi High Court
My Tweets