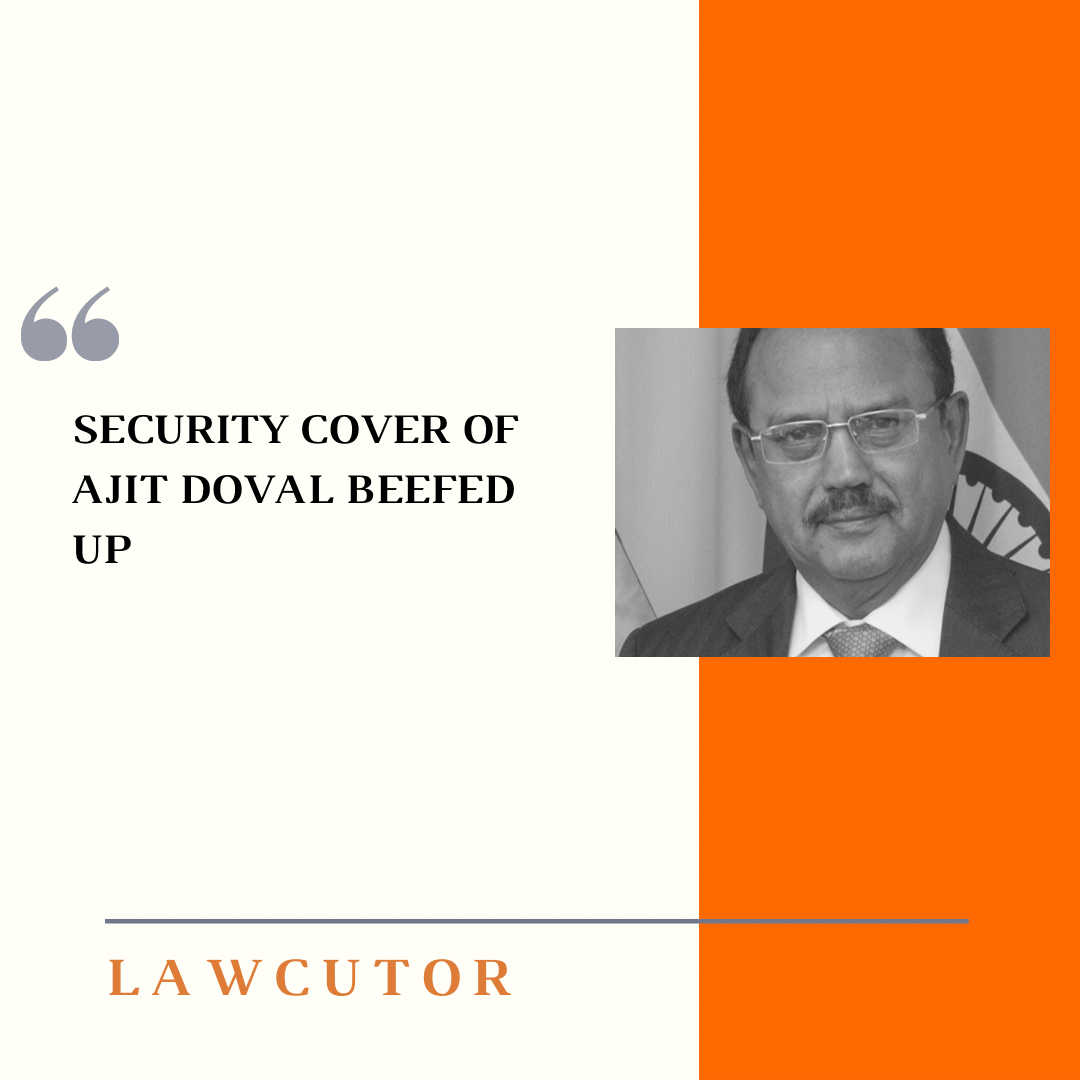 The security cover of National Security Advisor Ajit Doval has been tighten up after a video has been recovered from a Jaish E Mohammad terrorist Hidayat-Ullah Malik.

The terrorist had conducted recce at Sardar Patel Bhawan, and other high-value targets in Delhi and had passed on sensitive information to his handlers in Pakistan through WhatsApp.

Malik made a startling disclosure and told interrogators that on the directions his Pakistani handler identified as ‘Doctor’, on May 25, 2019 he had recorded videos of important installations at New Delhi, including Doval’s office.

He carried out a recording of the Samba border area along with another terrorist who was arrested in the Ban Toll Plaza attack case. J&K Police also found that Malik had provided a Santro car to one terrorist for a fidayeen attack in May 2020.