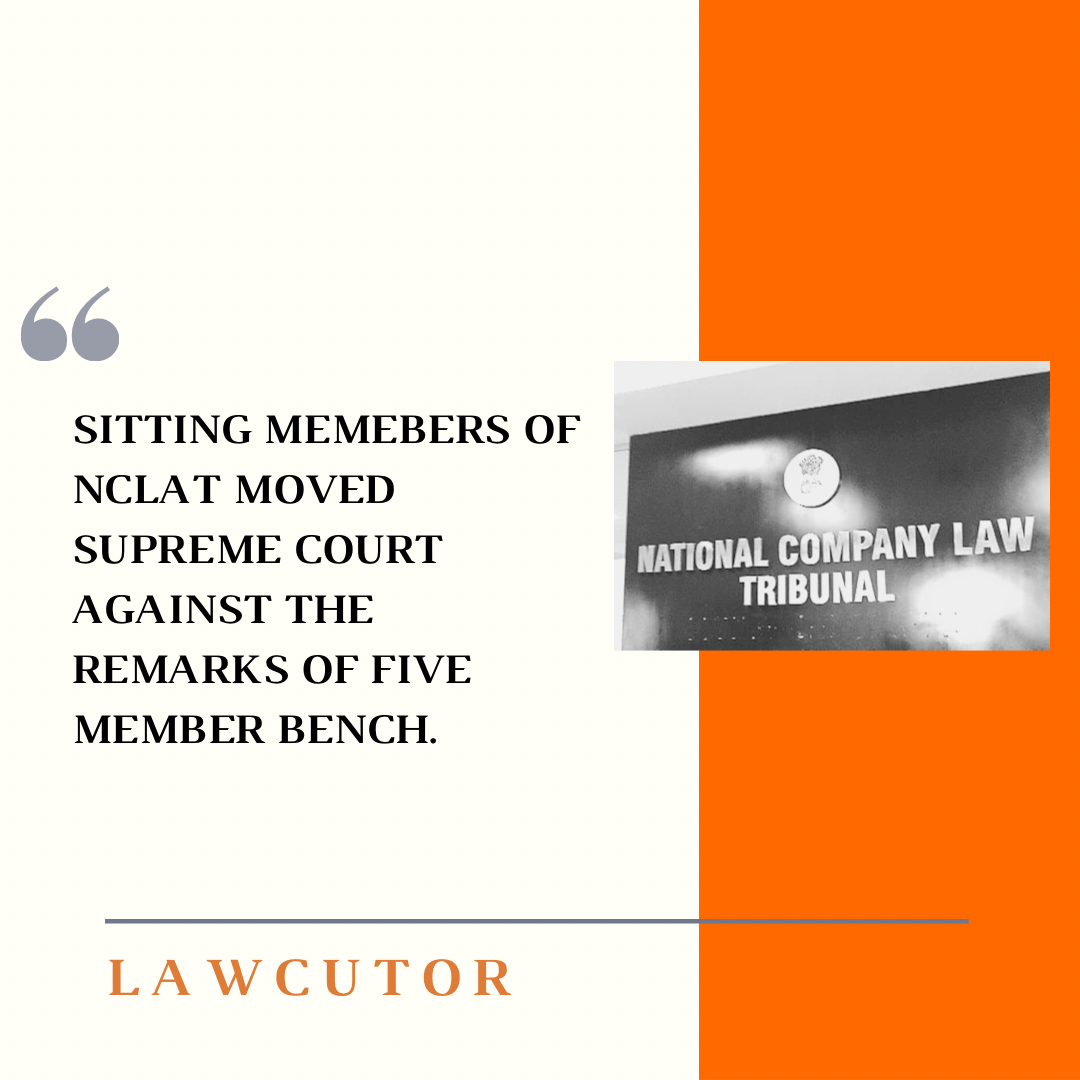 The petitioners were Justice Karat Kumar Jain, Bavinder Singh and Vijai Pratam, all members of NCLAT.

They have all moved the supreme court against “cut paste methodology” that was adopted by the 5 Member bench, in the decision referred to it by the 3 Member bench in V Padmakumar v. Stressed Assets Stabilization Funds, which was in conflict with a Supreme Court Judgement.

The five member Bench termed the judgment as “inappropriate” and stated the following:

“It was a matter of judicial discipline for the referral bench to follow the judgment of the 5 member bench in V Padmakumar’s case as a binding precedent and not question the correctness of the judgment by adopting cut and paste methodology in branding the five member bench judgment in V Padmakumar’s case as so very incorrect divorced of the context…this brings us to consider the most painful aspect of the misadventure undertaken by the Referral bench in making the reference which have found to be incompetent.”

The petition stated the following:
“venture into making personal comments against the members of the referral bench only because it finds the order of reference wither not maintainable or not in accordance with the position of law on the subject, as held by such larger bench.

Larger bench has crossed both these limits of its jurisdiction and has made unsavory and most disparaging comments which tend to be personal in nature against the referral bench.”