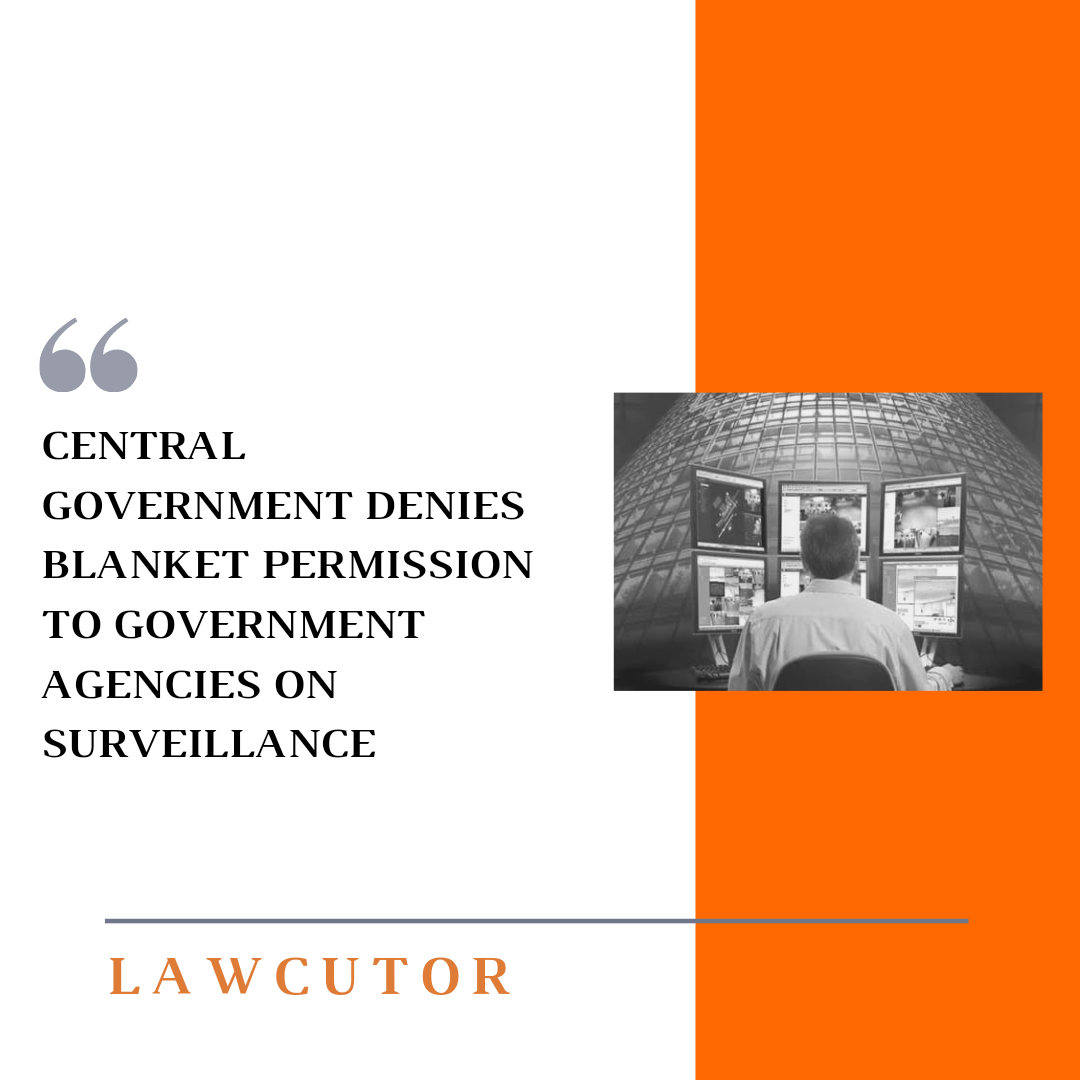 The Central Government has denied the granting of blanket permission to any government agency for interception, monitoring of any messages or information under its surveillance programmes such as Centralized Monitoring System (CMS), Network Traffic Analysis (NETRA) and National Intelligence Grid (NATGRID).

A petition was filed before the Delhi High Court which sought to constitute a permanent independent body comprising of judicial and parliamentary representatives, for reviewing lawful interception and monitoring orders or warrants under the provisions of the Indian Telegraph Act and the Information Technology Act.

The plea had stated that all personal information is being intercepted and there is a need for regulation.In response to this plea, the Home Minister, Amit Shah, filed an affidavit which stated that there is no blanket permission to any agency for interception or monitoring or decryption.

It was further stated that as per due process of law, permission has to be given by the competent authority, which is the Union Home Minister.The ministry also opposed the plea by stating that the existing safeguards which is overseen by a high-level committee chaired by Cabinet Secretary at the Central level and chaired by Chief Secretary at the State level is adequate and provide effective supervision.

The Home Ministry further stated that though the right to privacy is held to be a sacred fundamental right, the veil of privacy can be lifted for legitimate State interest namely in the interest of sovereignty or integrity of India, defence of India, security of the State, and friendly relations with foreign States.