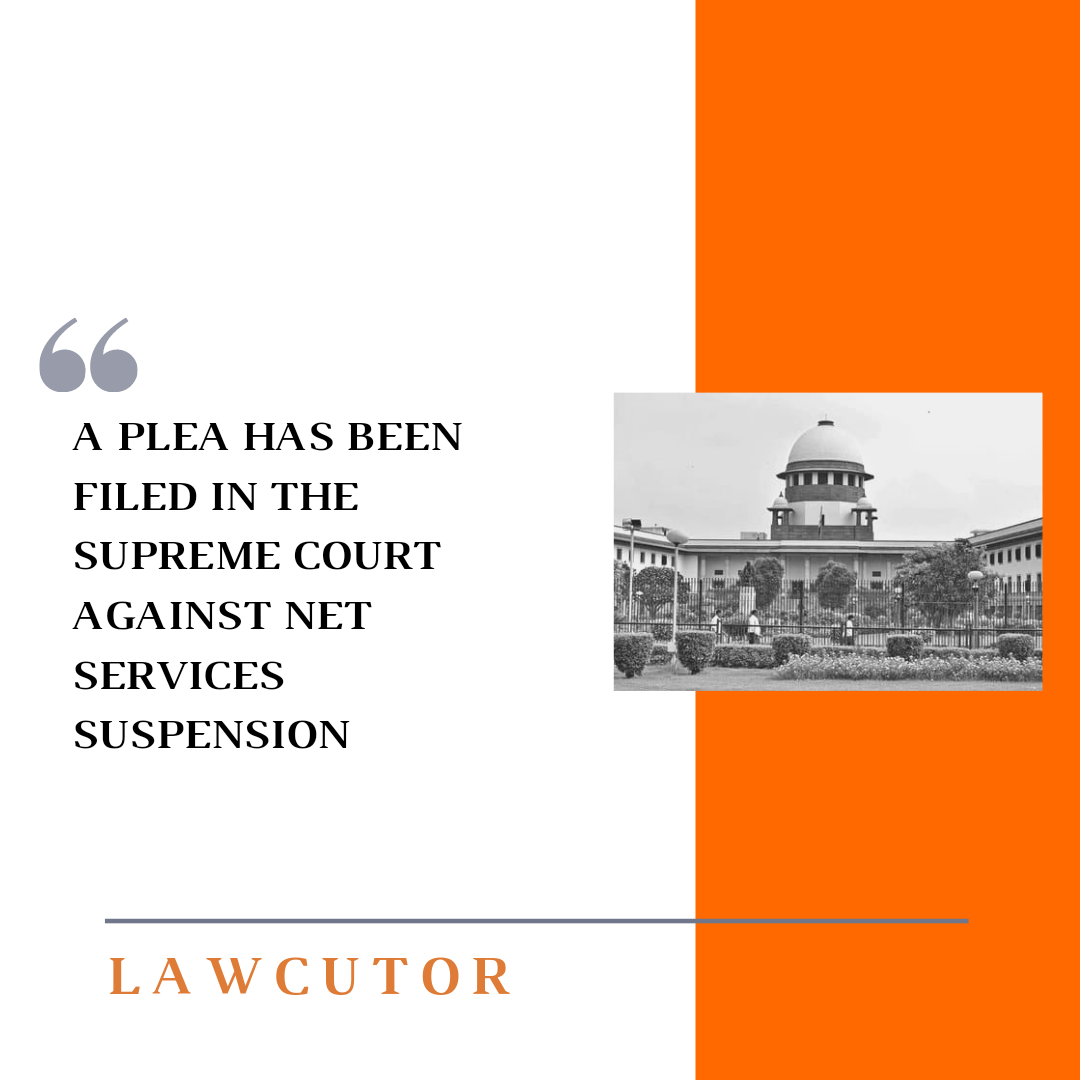 A Petition was filed before the supreme court regarding immediate revival of the Net Services in Singhu, Ghazipur, and Tikri and requesting directions to media organizations towards circulating “hate news” targeting the Sikh community.

The petitioners said that they were “aggrieved by the propaganda and hate news being circulated by some of the news channels and over the social networking sites promoting hate towards the entire Sikh community.”Referring to the Red Fort turmoil when some individuals breached the monument and installed a Nishaan Sahib, the plea claims that few elements executed the alleged acts, but some of the major news channels blamed, ridiculed, and defamed the entire Sikh community for their unlawful benefits and ambiguous intentions.

In addition, the petition contends that the order issued by the Ministry of Home Affairs restricting the internet in the border areas of Delhi, where farmers are protesting, is a gross abuse of power by the government and obstructs the exercise of their fundamental rights under Article 19(1) (a).

The petitioners pleaded expressly for a court order to remove iron nails and bolstered barricades at the sites of the demonstrations. They also sought guidelines to ensure unrestricted internet connectivity.

Order of second inquiry against Param Bir Singh, ordered by Maharashtra Government
"Anger against husband spilled over to children:" Bombay High Court
Social Media Internship Program @lawcutor
"We are ashamed of f ourselves for being a part of the Nasty Society: Bomabay HC"
The German Court rejects the EU pandemic recovery fund's legal challenge
Principle of Non-Refoulement can prima facie be read within the ambit of Article 21 of the Constitution: Manipur HC
Artificial Intelligence should align with our constitutional morality-justice SA Bobde
Govt should not hesitate to invoke compulsory licensing of drugs under Patent Act: Delhi High Court
The Delhi High Court has ordered the Centre to find an urgent solution to the oxygen shortage and has held the supplier in contempt.
My Tweets